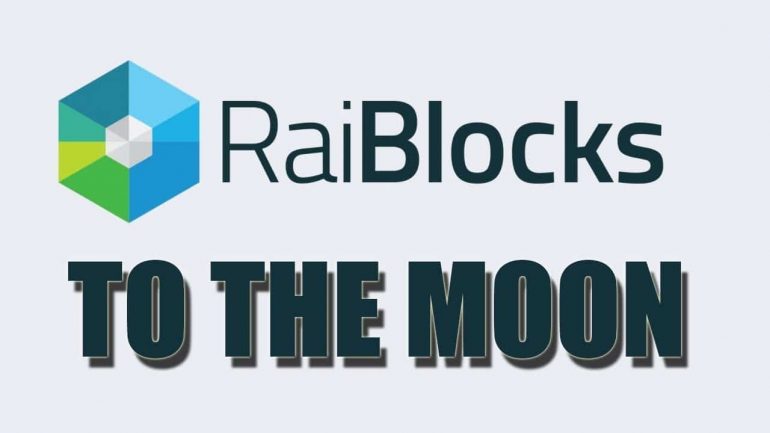 RaiBlocks price has hoped the bulls and there is no stop! Since its game-changing momentum almost three weeks ago the token value of XRB has climbed to $25.00 record high on the first day of 2018.

Since the beginning of the previous month, RaiBlocks popularity and price increased proportionally as investors and traders are getting more and more attracted by the “beyond blockchain cryptos“. After reaching the price of $17.70 the pair XRB/USD dipped just above $9.00 at which point buyers stepped in and the value got back in its feet. Keeping in mind that its price just 2-3 weeks ago was hovering above $4.00, the declining movement on Dec 30 should not be considered that much of a plunge. 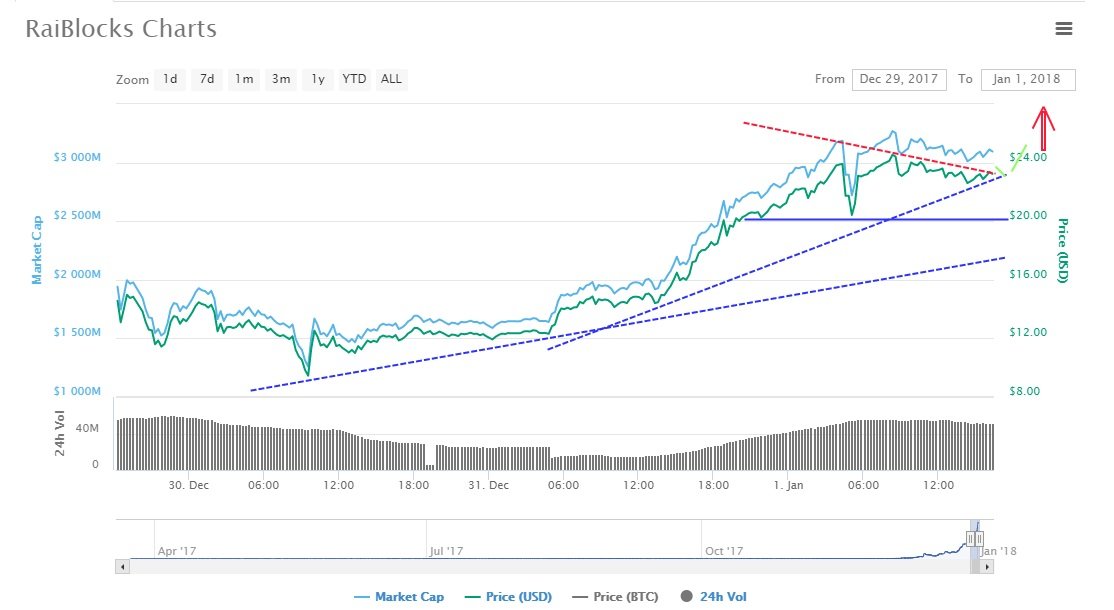 For the moment, RaiBlocks price has reached the $24.53 level [according to coinmarketcap] which marks a new record value that marks an increase of over 11000 percent in under a month [from averaging daily $0.22]. If sellers take control of the market and tank any further surge, two supportive trend lines are formed on the hourly and daily chart of the above mentioned pair.

However, by taking a hint from its rampaging market cap it seems like everything is under control and RaiBlocks could be target to stand around the big names at the top of the list and challenge its direct competitor when it comes to technology and idea – IOTA which is on the middle of a range bounding area and not recommended to trade. 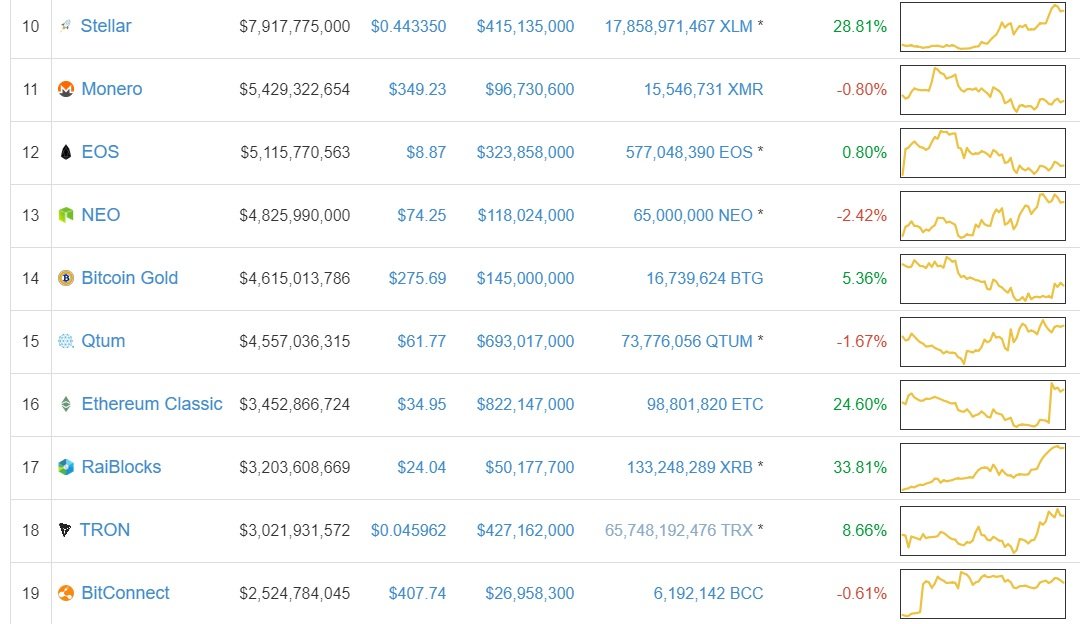 As many are struck by the FOMO(fear of missing out) and do not want to miss out on the next big thing while keeping in mind that the difference by market capitalization of the cryptocurrencies in front of RaiBlocks is not that big it might not be that far until we see XRB on the top-ten and maybe cementing its place. As various enthusiasts are fascinated by its technology – the price development is quite well connected to any announcements the team behind RaiBlocks makes and exchanges adding the asset on their platform as there is potential to be seen.

Vote for RaiBlocks(XRB) to be listed on Binance here.