RaiBlocks, Walton and Stellar – Three Cryptos to be on the Lookout This Weekend

Despite the fact that the working and more active part of the week is done, for cryptocurrencies the weekend could be even more dramatic keeping in mind how unpredictable it has become. As we step our foot in the two-last days of the week with an on-going dip, it would be best to open eyes and turn the radar on to catch a good opportunity before it might rocket up.

Rolling back and taking a look to the year that has just passed – 2017, Bitcoin did gain many followers, increased significantly in value and dominated headlines. But with all the fame, there is quite the speculation going on on how BTC will continue to scale and about the increased resource usage taking place. Despite that the crypto-rush could have been initiated by Bitcoin, other trains might be running the show now. 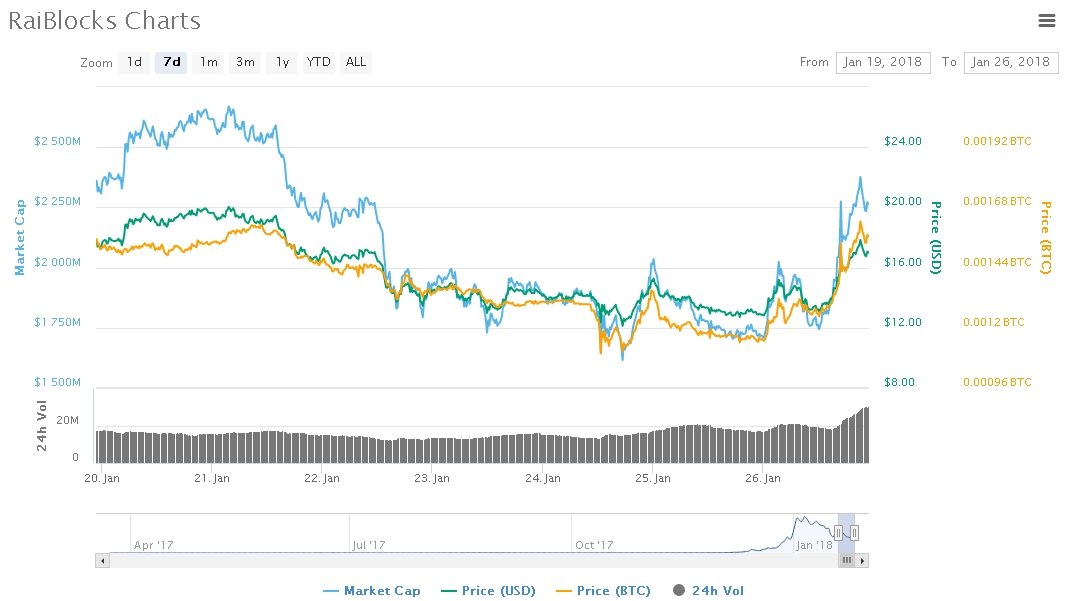 Raiblocks against the US Dollar – XRB is taking resistances out one by one as it has increase over 30 percent int he last 24-hours. The development could be due the arrival of RaiExchange, which is an underlying product of the digital currency almost ready to be launched.

As for its technology, Raiblocks is showcasing great competition lately to IOTA for the ‘new kind cryptocurrencies’ which are known for being – fast, feeless and minerless.

It might be surprising reading minerless, but the way that RaiBlocks functions is that it is based on a crypto-architecture known as “block lattice”. The system goes beyond blockchain as Raiblocks is not just a long blockchain like the leading cryptos [Bitcoin or Ethereum], but it is a database of blockchains in which each user has their own blockchain that only they can add onto.

If you are a Waltoin WTC investor/trader, enthusiast, connected on any way to this project or just a crypto-market follower you are part of something bigger than you can imagine. WaltcoinChain and the China Mobile IoT Alliance. 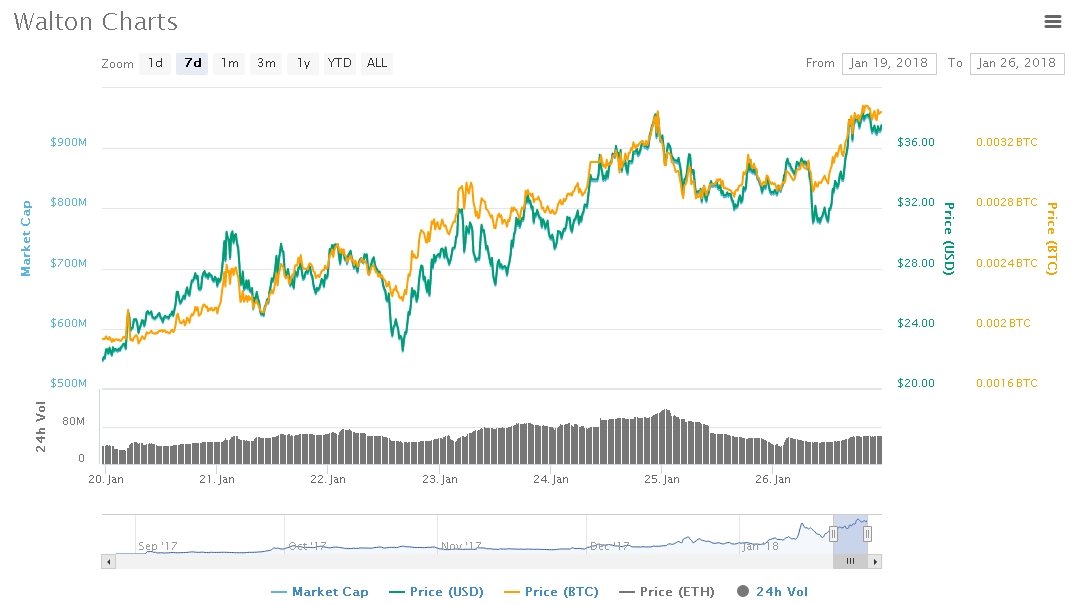 Seven months ago [approx, June 2017], the China Mobile Internet of Things Alliance was formed, with members such as China Mobile, China Unicom, China Telecom, ZTE, Huawei, and over 140 more of the world’s leading IoT companies and research institutions. Waltonchain is now part of it. This is the first [in a global scale] NarrowBand-IoT based alliance which is an international technical standard for MIoT with China in the lead.

Major Resistances Cleared by the pair XLM/USD – Beautiful start of the Weekend.

After reaching the 100 percent gain compared to ten days before [when XLM was hovering around $0.33] Stellar is reaching out to surf on a bullish breakout any moment now. The speedy recovery after trading hands around $0.56 up to $0.624 signaling for a stable trading ground being formed out. The sharp rise in volume indicates strong hands are at play and the price rally could have legs. 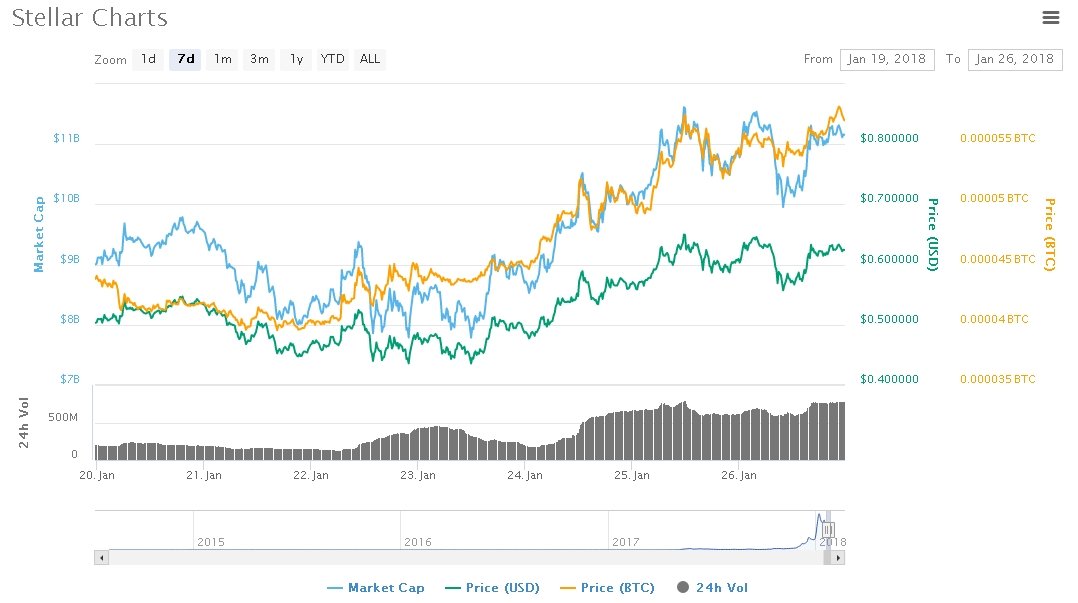 Ripple or Stellar – The Race!

When 2017 marked the calendar that it has ended – Ripple was the best performing digital currency of the year with around 36,000 percent gain in value. But the start of 2018 put a different currency in the spotlight: XLM Lumens, the native currency of the Stellar network. The superior performance of XLM propelled Stellar up into the top 10 cryptocurrencies according to market capitalization.

What makes the battle between the giants even more interesting is that Stellar was created during a fork process from the Ripple network by Jed McCaleb [co-founder of Ripple]. That is the reason why, the coin holds within the attempt to form an ideal Ripple approach on finding the solution to cross-border payment issues.