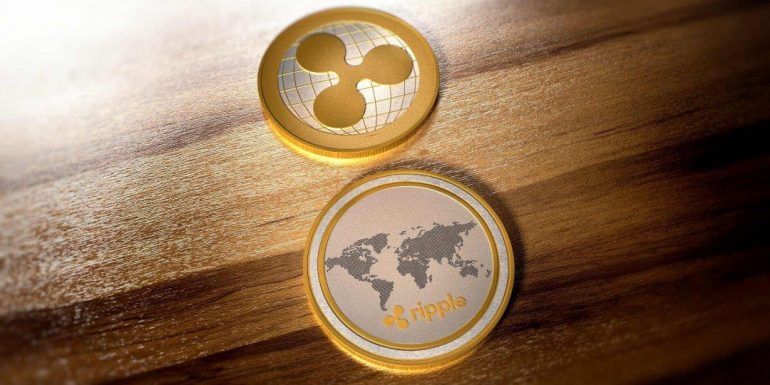 Ripple popularity growth has no stop! Its market capitalization is close to being second only to Bitcoin. Can the speedy coin make it?

The end of year sales as it seems have not even touched Ripple price against the US Dollar. In just a week, XRP made it to $1.80 [its new all-time high] with with almost 30 percent gain only in the last 24-hours. As it seems its the time when nobody wants to miss the train which is going very fast with no top. 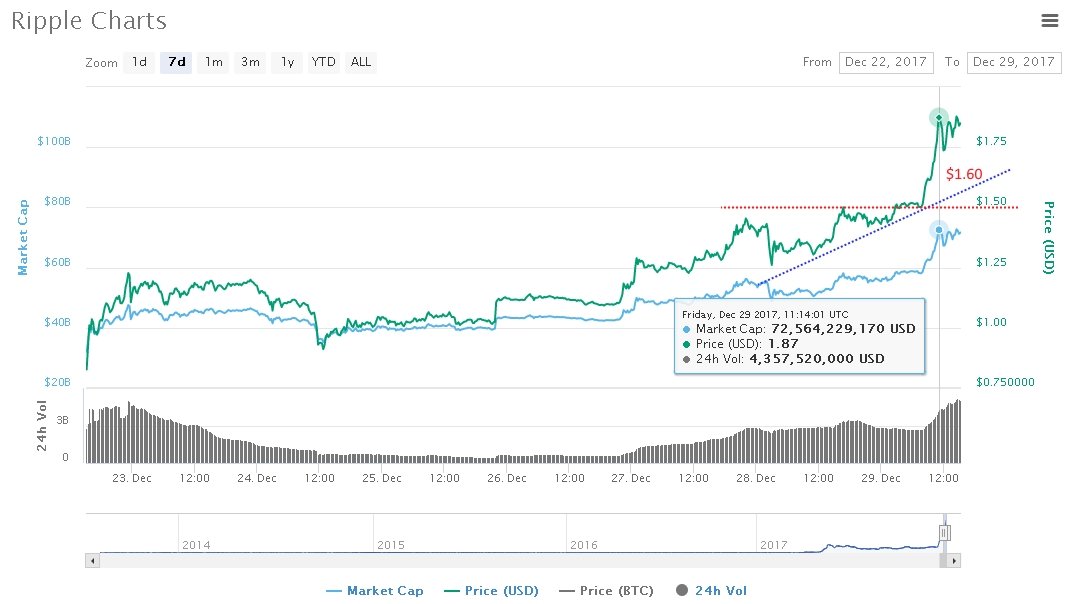 The negative slash for the market the past days have come after a time of much gain for all-cryptos in general which did reach new trading grounds [even above record values] being a success for the crypto-ecosystem in general. However, upon meeting near-term traders attempting to profit from the surge and meeting stricter regulations and announcements by various government the prices pulled-back quite a step for days – except Ripple.

After peeking that high, a return could be possible as sellers will be moving in right now. XRP/USD in that case could be hovering above $1.60 before returning on recovery mode. Its market cap has reached the $69.3 billion mark which is quite close to that of the second in lead Ethereum $73.5 billion. Now we can see it is a possibility for Ripple to overcome but the on the first attempt it will be very difficulty to achieve it.

As explained in a previous writing about the latest development, South Korea is putting out new regulations amidst fraudulent activity. Federal level regulations will be employed in an effort to dampen the effect of ill-willed activity without limiting the ability of sincere investors and traders.

However, announcements of the like you hear very often nowadays while being targeted on the side by positive and confidence giving news. Recent improvements to previous all-time high valuations is more often tied to the Japanese adoption of Ripple. However, the stability of the token stems from expected utility in a multitude of Asian nations. Korean banks that began testing the transfer process noted decreased costs of nearly 30%, something that bodes well to practical use in a shorter time frame than larger tokens like Bitcoin, Ethereum, or Litecoin.

The SBI Ripple press release went on to state;

“We actively promote partnerships with companies with advanced technology in Japan and overseas to realize more efficient work of participating companies, realize a highly convenient payment environment through improvement of user experience, etc., a society based on a cashless society We will try to reduce costs and improve productivity.”

As our team previously predicted a price of $2.00 around 2018 with a market cap of $77 billion – it does not look like it will take much longer for the idea to come reality. There are many that invest money on speculation in the cryptocurrency world – investing into something that they do not even understand. On the other hand. Ripple [XRP] has a crystal clear goal making it a great opportunity to pull out a niche in the market.