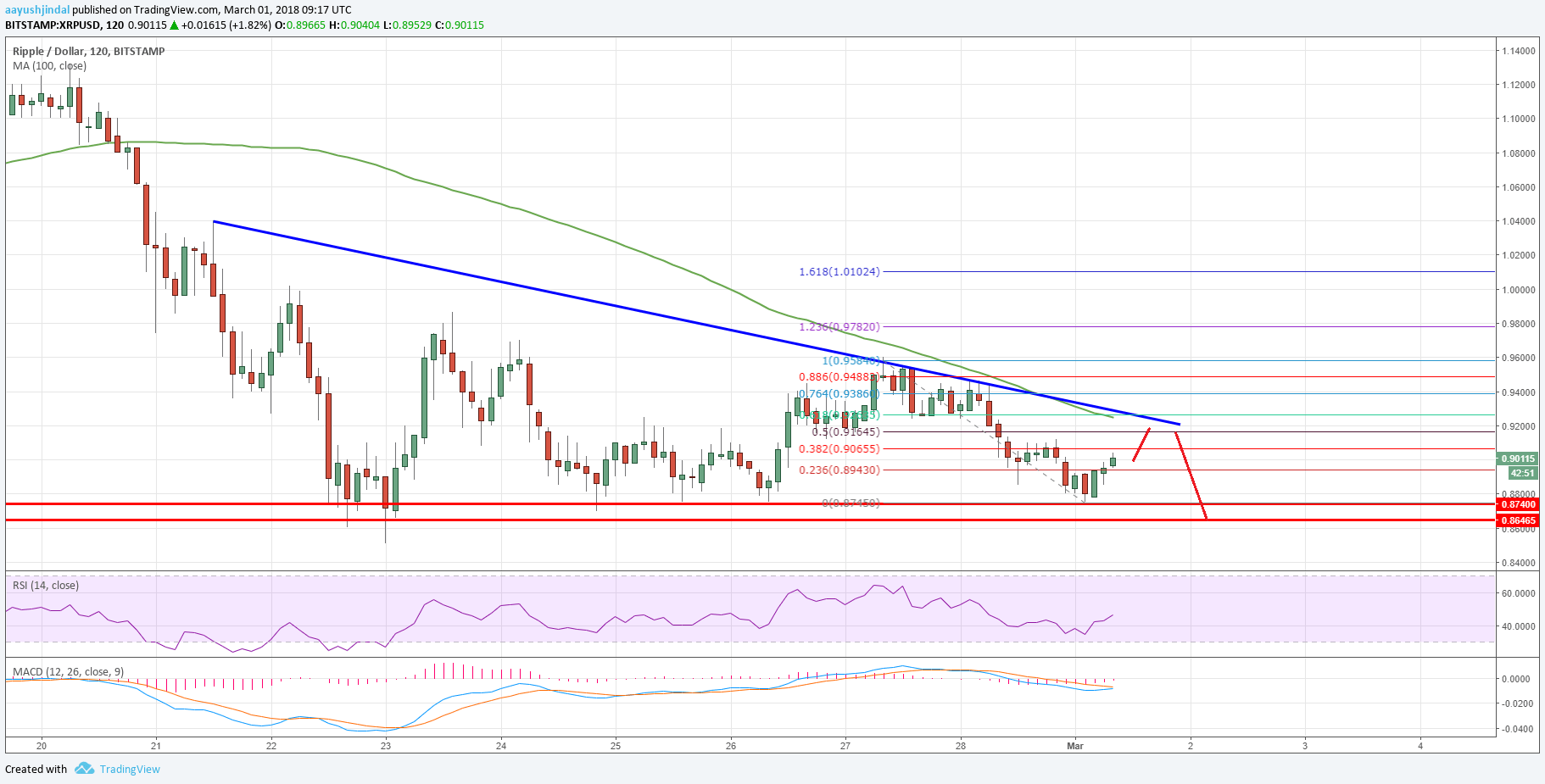 Ripple price is currently under pressure below the $0.9600 pivot against the US Dollar. XRP/USD may continue to decline and it remains sell near $0.9250.

There were mostly bearish moves in Ripple price below the $0.9600 pivot level against the US Dollar. The XRP/USD pair declined recently and broke the $0.9200 and $0.9000 support levels.

The decline was solid and the price settled below $0.9200 and the 100 simple moving average (2-hours). However, the downside move was protected by the $0.8740 support area, which prevented declines on many occasions earlier.

However, there are many barriers on the upside for XRP buyers near $0.9200. There is also a crucial bearish trend line forming with current resistance at $0.9200 on the 2-hours chart of the XRP/USD pair.

Therefore, it won’t be easy for the price to move above $0.9200. A successful 2-hour close above the $0.9200 resistance and the simple moving average (2-hours) could clear the path for more gains in the near term.