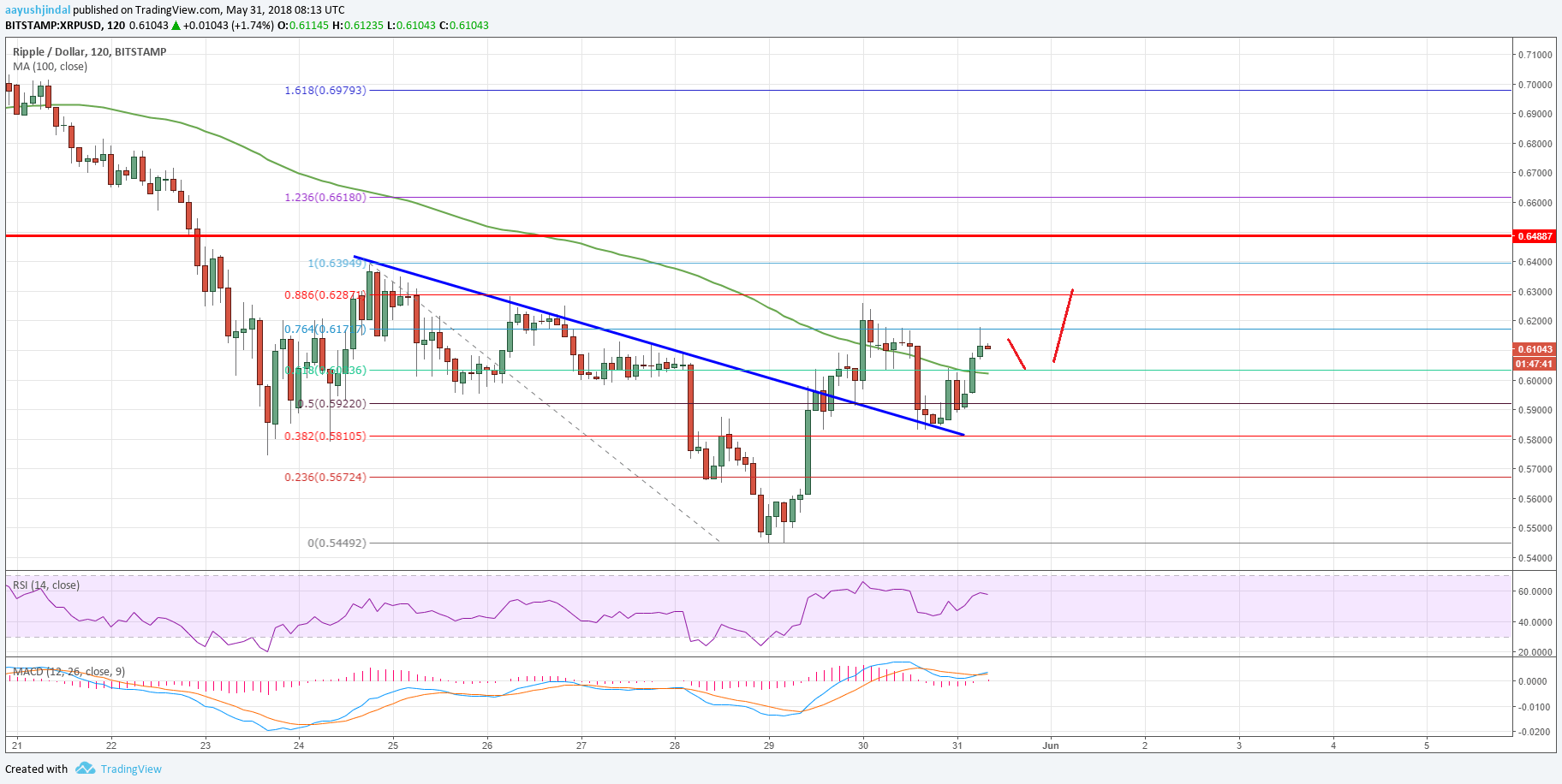 Ripple price formed a solid support base near $0.5400 and recovered against the US Dollar. XRP/USD is now positioned nicely above $0.6000 and it looks set for more gains.

Looking at the chart, there were back to back solid bullish candles above $0.5500, suggesting a change in the trend. The price moved above the $0.5800 resistance to move into a bullish zone. 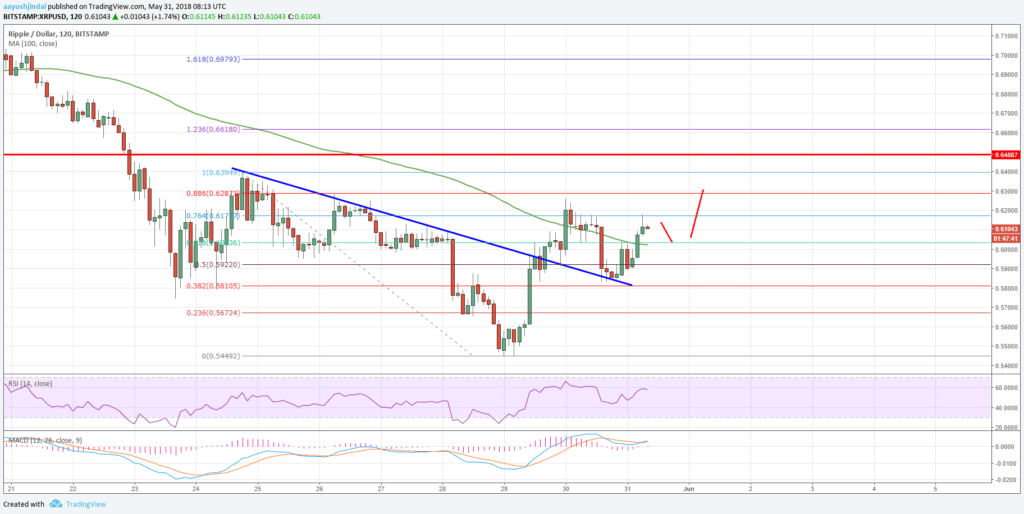 It also cleared the 50% Fib retracement level of the last decline from the $0.6394 high to $0.5449 low. More importantly, there was a break above a significant bearish trend line with resistance at $0.5900 on the 2-hours chart of the XRP/USD pair.

On the downside, the $0.6000 level is a decent support. Below this, the previous resistance at $0.5800 will most likely act as a strong support for buyers.

The overall price action is positive as long as the price is above $0.5800. To the topside, ripple buyers could be eyeing a test of the $0.6500 level in the near term.