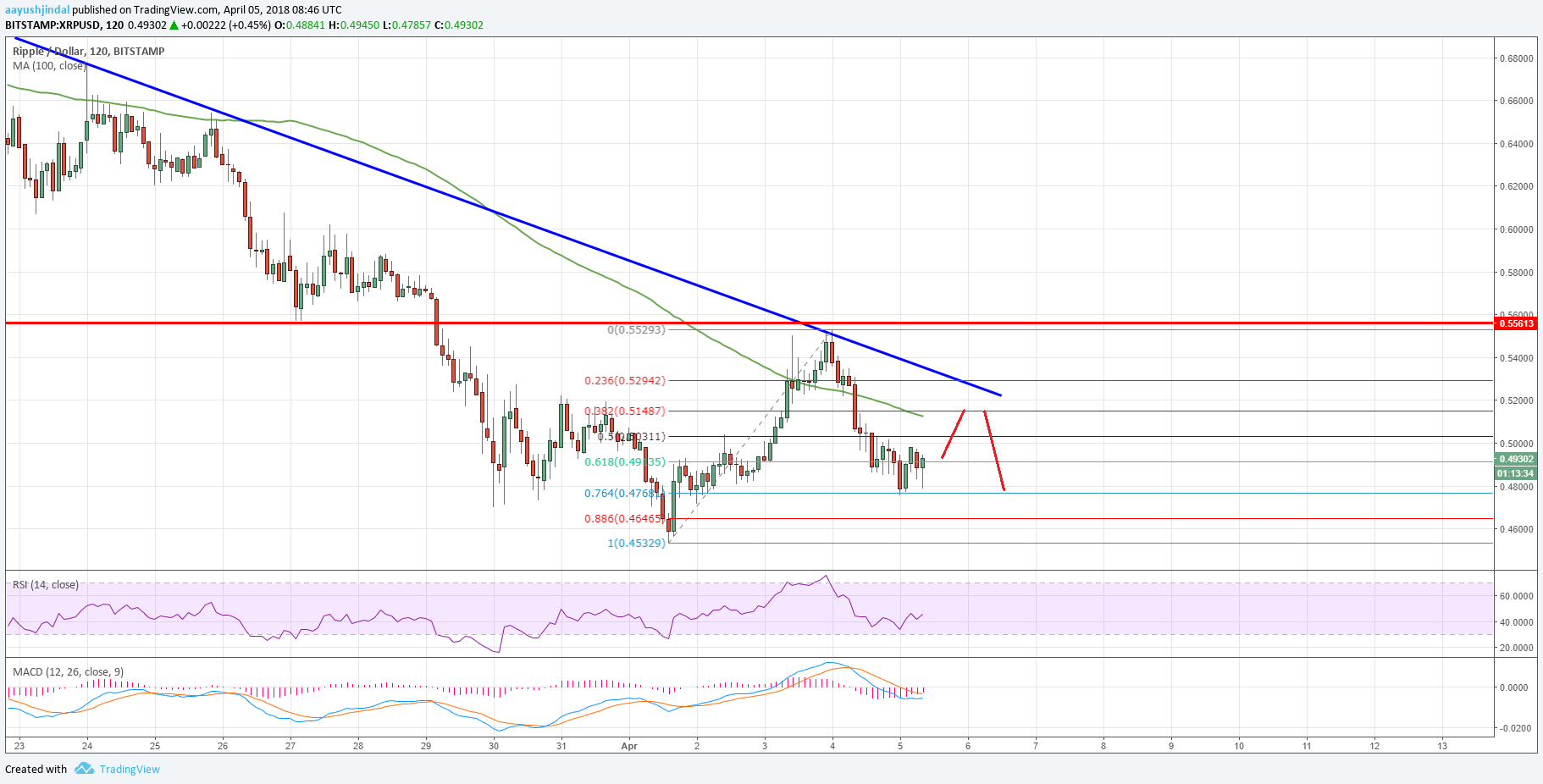 Ripple price was rejected from the $0.5520 level recently against the US Dollar. XRP/USD may range trade in the short term, but it could decline further.

Earlier this week, there was a minor upside reaction in Ripple price from the $0.4532 low against the US Dollar. The XRP/USD pair traded higher, but it failed to break a major resistance zone near $0.5520. 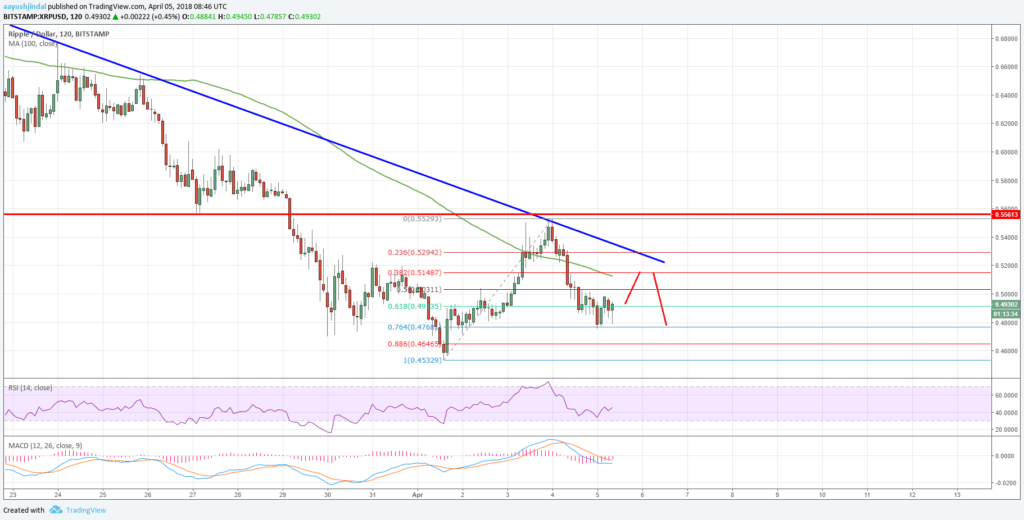 However, there are many barriers on the upside near the $0.5100 and $0.5200 levels. There is also a significant bearish trend line forming with resistance around $0.5200 on the 2-hours chart of the XRP/USD pair.