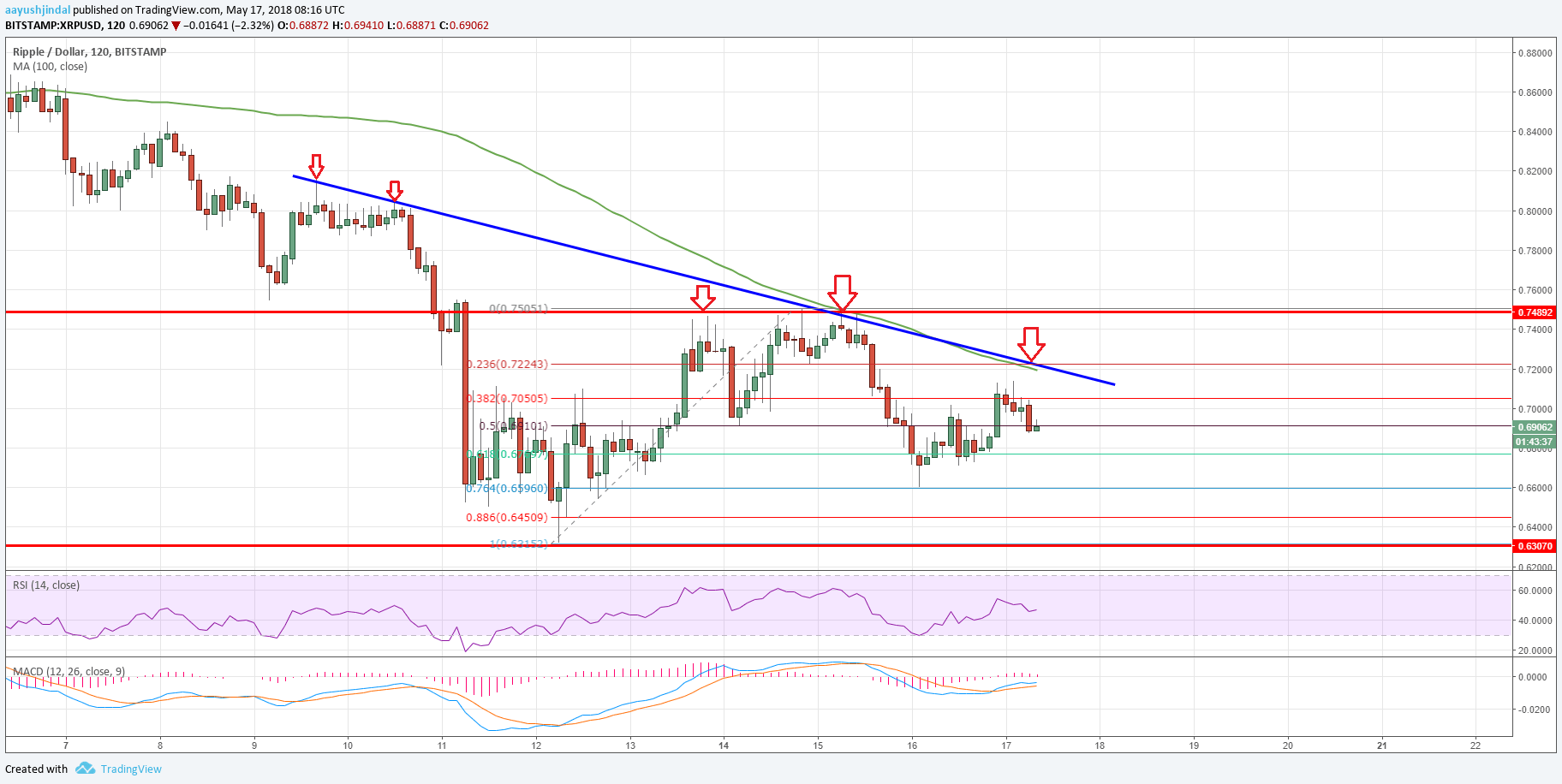 There were mostly ranging moves in Ripple price above the $0.6300 level against the US Dollar. The XRP/USD pair remained confined in a range above $0.6300 and $0.6500 with a couple of positive moves.

Looking at the chart, the price faced a strong resistance near $0.7500. There were a few attempts to break the stated $0.7500 resistance, but buyers failed, which resulted in a downside move. 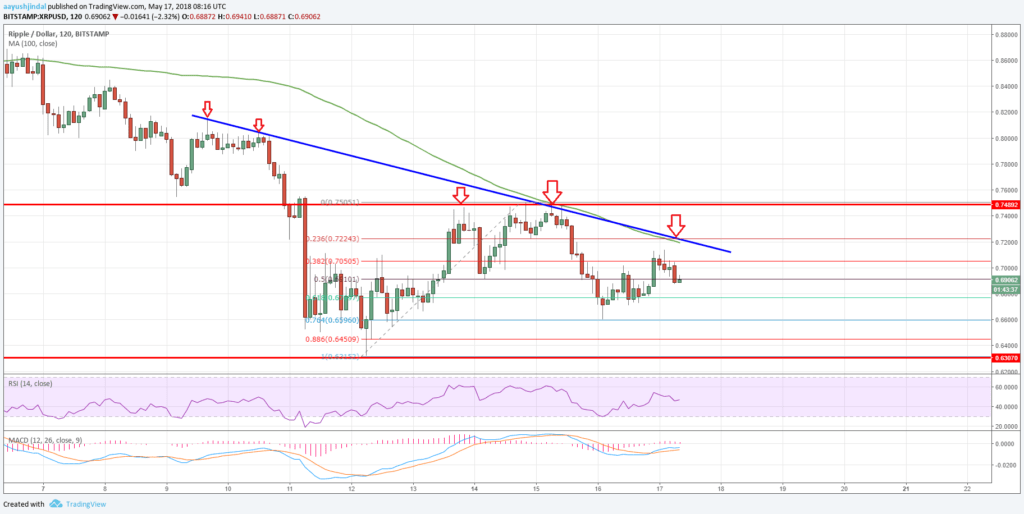 However, there is a strong resistance near $0.7200 and the 100 simple moving average (2-hours). More importantly, there is a monster bearish trend line formed with resistance at $0.7180 on the 2-hours chart of the XRP/USD pair.