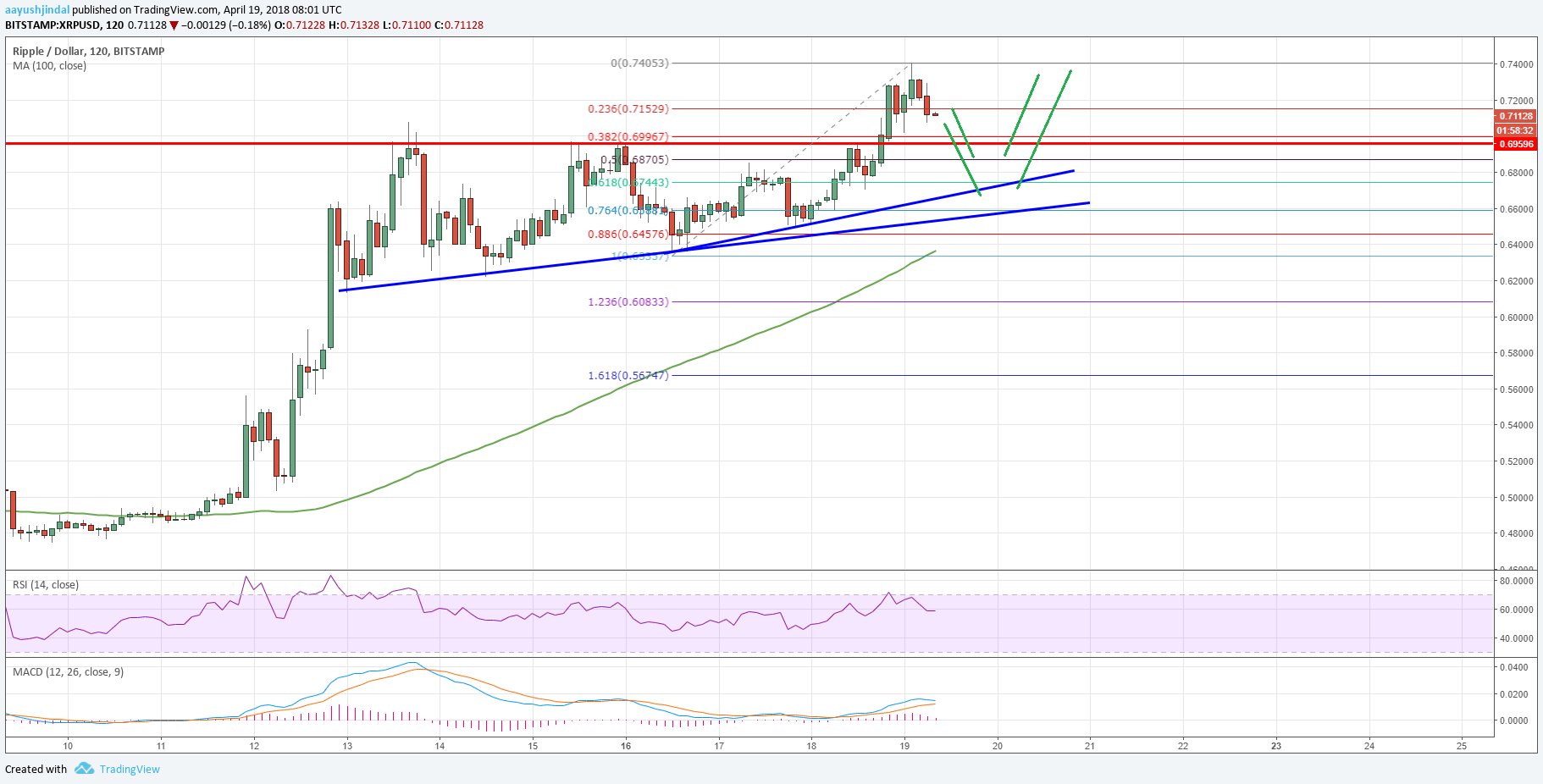 Ripple price moved into a bullish zone above $0.6950 against the US Dollar. XRP/USD could continue to move in an uptrend as long as it is above $0.6650.

This week was mostly positive since Ripple price broke the $0.6400 and $0.6700 resistance levels against the US Dollar. The XRP/USD pair was successful even in clearing the $0.7200 barrier during the past three sessions. 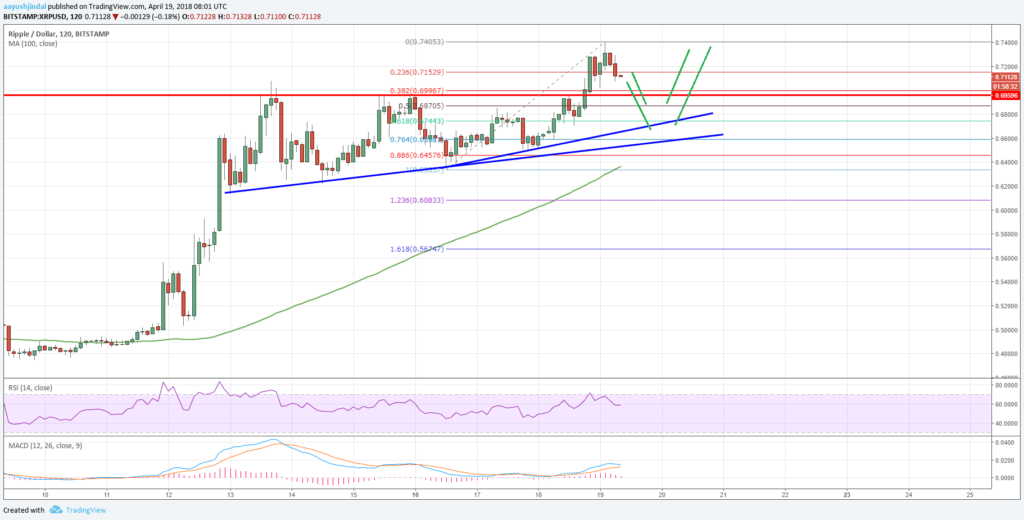 Further below, there are two important bullish trend lines forming with support at $0.6850 and 0.6650 on the 2-hours chart of the XRP/USD pair. The second trend support at $0.6650 holds a lot of importance for the current trend.

As long as the pair is above the mentioned $0.6650 support, ripple price remains in an uptrend. Should there be a downside break below $0.6650, the price may perhaps retest the last swing low of $0.6355.