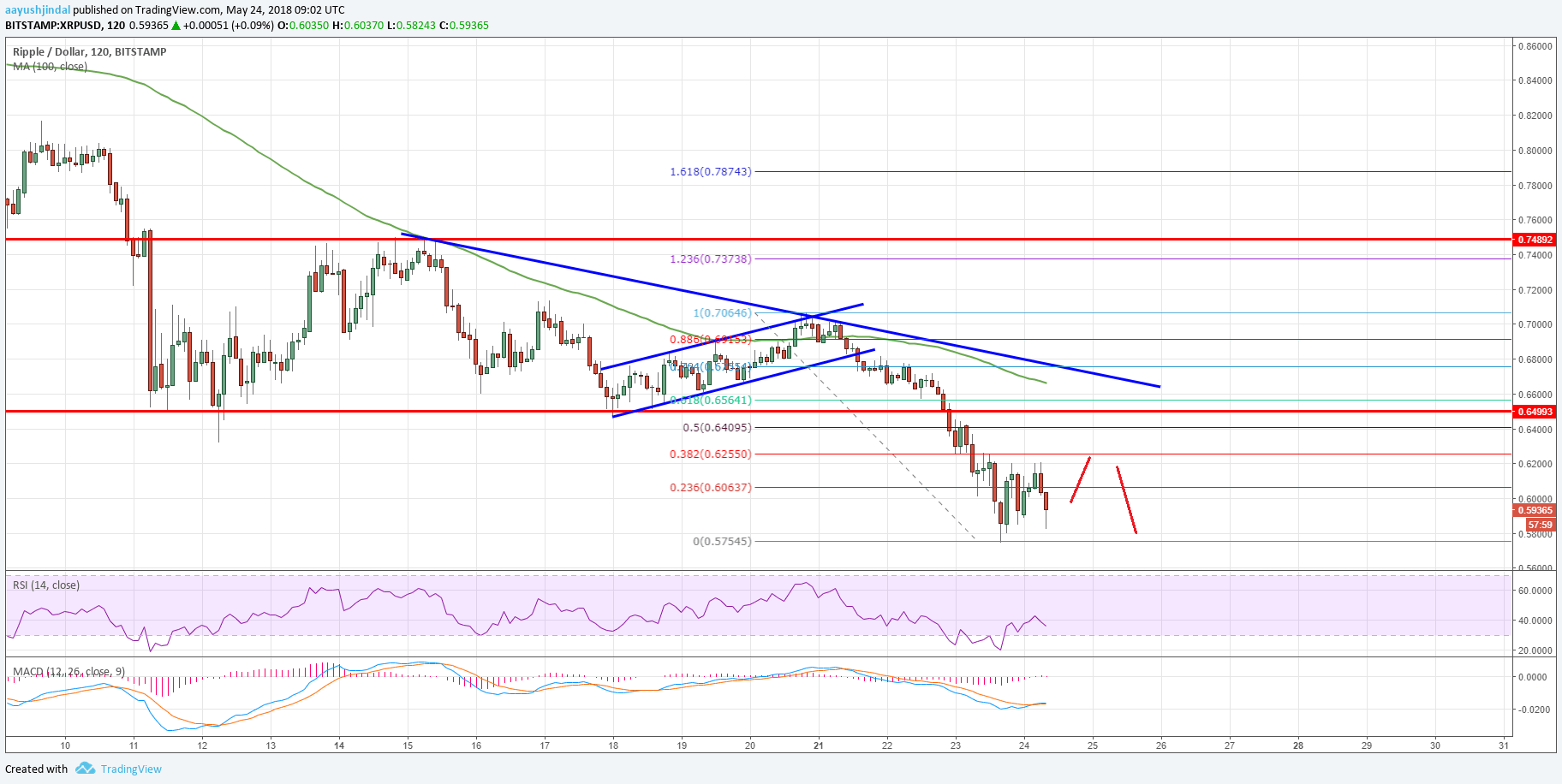 Ripple price broke a major range support at $0.6550 and declined against the US Dollar. XRP/USD is now positioned well below $0.6000 with a lot of bearish signs.

There was a fresh start of a downside move in Ripple price after it failed to move above $0.7000 against the US Dollar. The XRP/USD pair declined and broke a few important support levels, including $0.6800.

Looking at the chart, there was a break below an ascending channel with support at $0.6850 on the 2-hours chart. More importantly, the price broke a major range support at $0.6550, which cleared the path for sellers to take control. 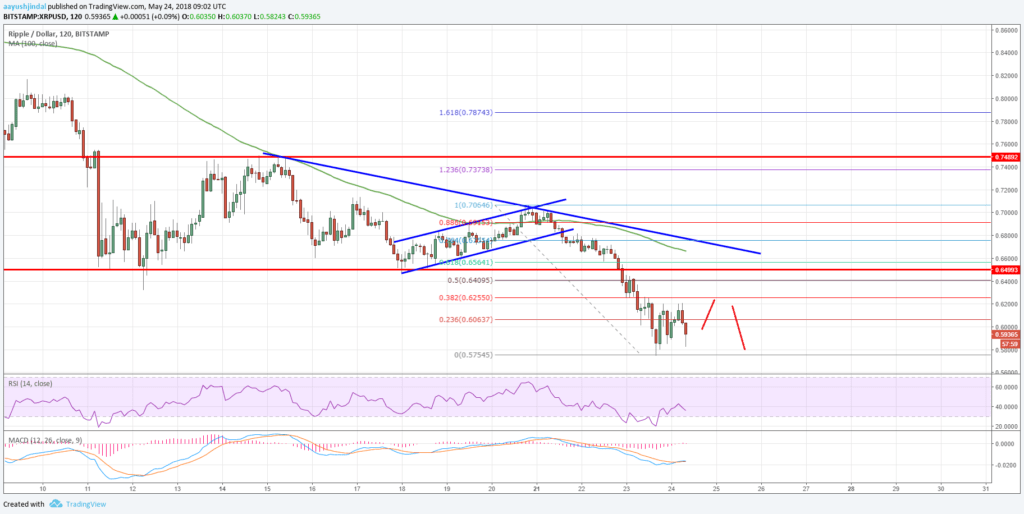 Additionally, there is a crucial bearish trend line formed with resistance at $0.6620 on the 2-hours chart of the XRP/USD pair. Therefore, if the price corrects higher towards $0.6400 and $0.6500, it is likely to face a lot of selling interest.