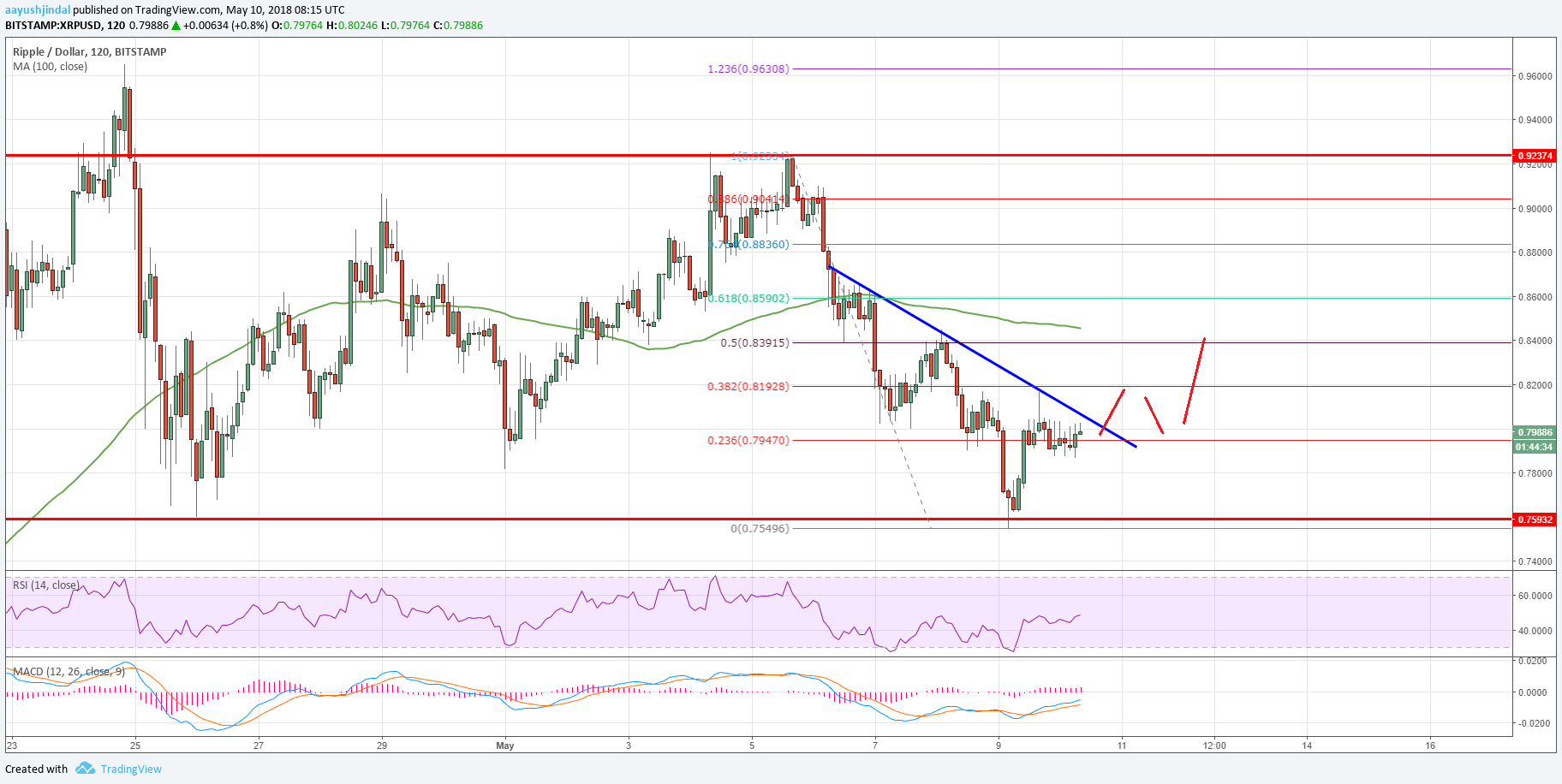 Ripple price declined recently and tested the $0.7500 support zone against the US Dollar. XRP/USD is currently correcting higher and is preparing for an upside break.

There was a declining phase this week in Ripple price from the $0.8750 level against the US Dollar. The XRP/USD pair declined sharply, broke the $0.8000 support and almost tested the $0.7500 zone.

Looking at the chart, there is a strong support above the $0.7500 level, which acted as a buy zone during the last week of May 2018 as well. The recent decline stopped near the same level and a low was formed at $0.7549. 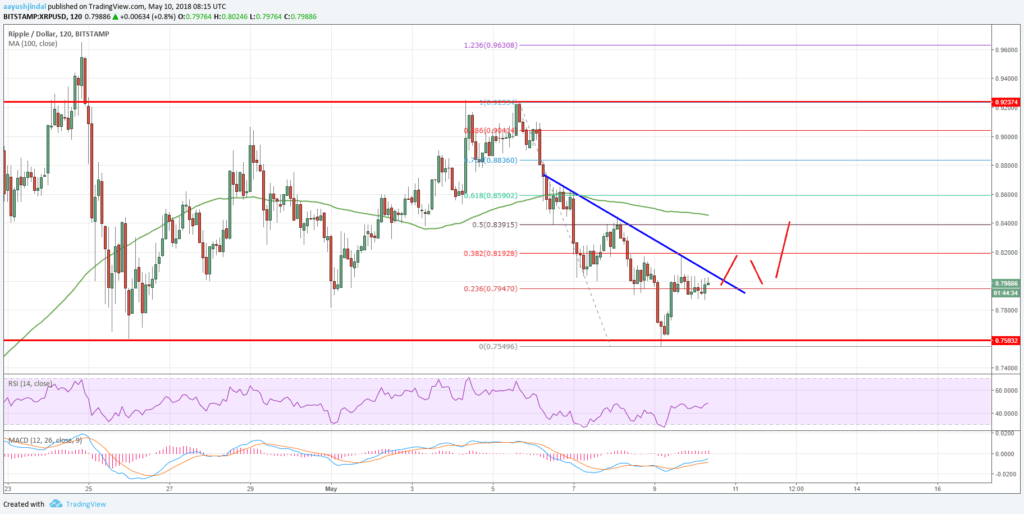 Later, the price started an upside move and moved above the 23.6% Fib retracement level of the last decline from the $0.9233 high to $0.7549 low. However, the upside move was protected by a major bearish trend line with current resistance at $0.8000 on the 2-hours chart of the XRP/USD pair.

A successful close above $0.8000 could push the price in the bullish zone. The next stop for buyers in the mentioned case could be $0.8450 and the 100 simple moving average (2-hours).