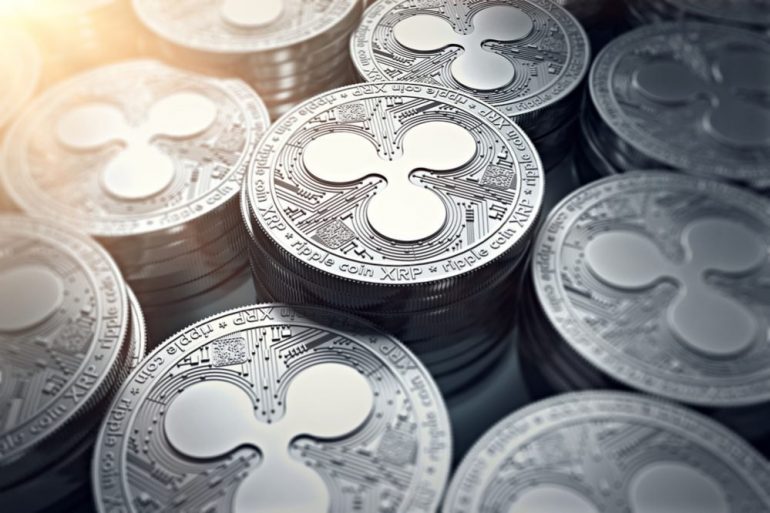 Ripple has turned on the rocket boosters and is on 70% gain in the last 24-hours. Will it touch the important $1.00 mark this time.

If you thought that only Bitcoin can showcase significant surges against the US Dollar – the altcoin market has turned many wrong that chose to sell the followers of BTC while loosing optimism that virtual currencies like Ethereum, Ripple or Litecoin will see a peak any time in the near future. 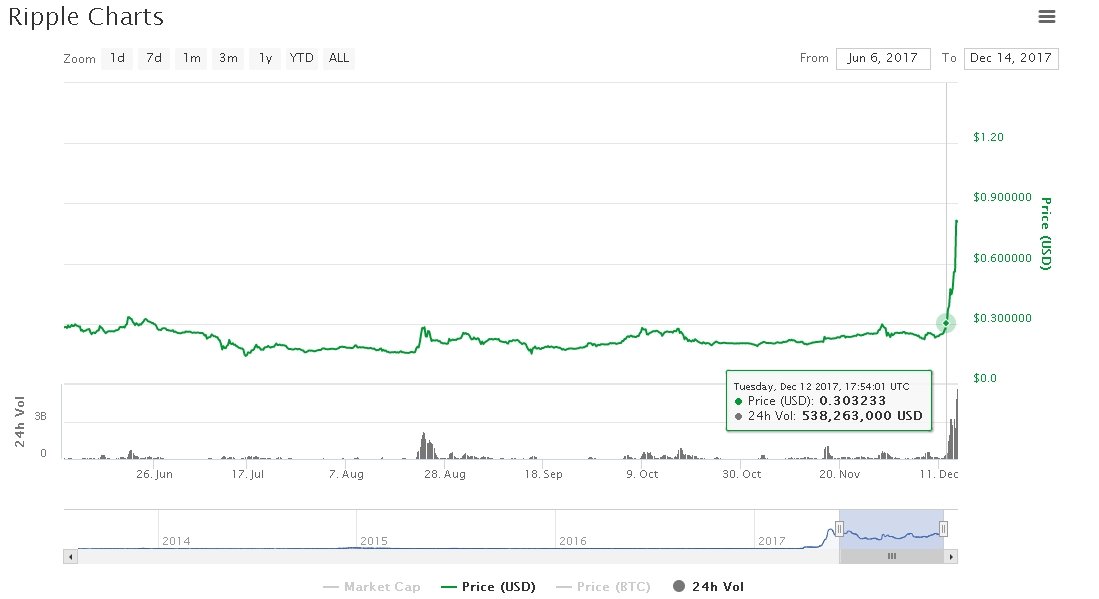 By zooming in and having a ‘sunset view’ after such value increases, a slight correction is noticeable on the hourly chart of the pair XRP/USD. It was just right as a little over-extension in price did take place when Ripple hit the new record of $0.8650 today. 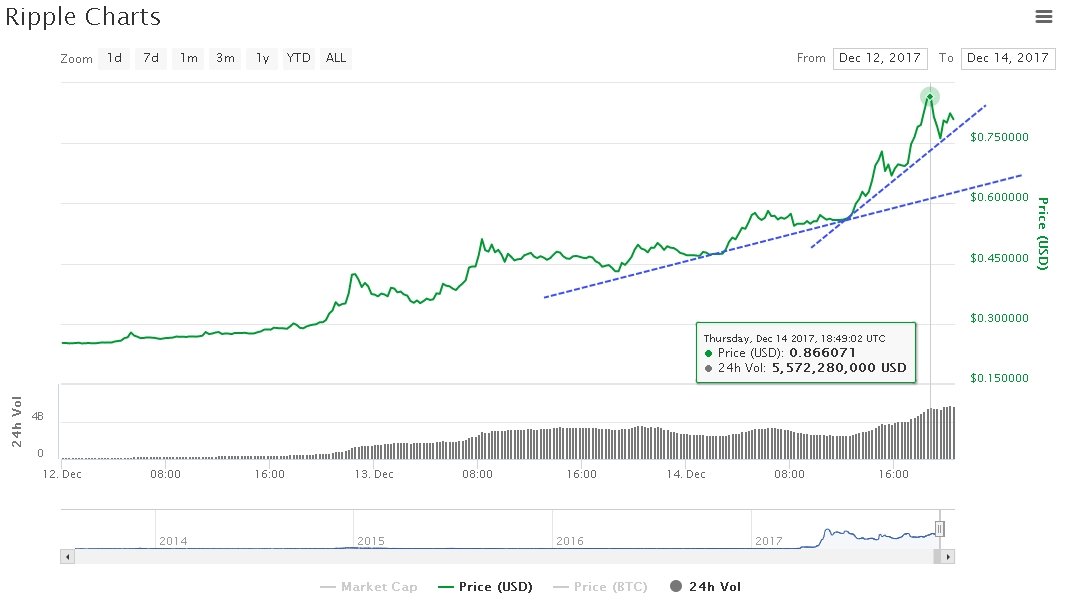 If there is no dip under the support to be worth mentioning in the upcoming hours-days, a test of the $1.0000 would be more than welcome by Ripple enthusiasts. However, if it drops below $0.7400 a continuation downward might be stopped around $0.6200 at which level a new trading ground could be formed.

On the other hand, keeping in mind that after the Bitcoin record breaking development – reaching $18.000 at one point in some exchanges, words spread like wildfire and many investors are stepping in on the cryptocurrency-space for the first time or there are those that used the profits from BTC to buy on altcoins that could overtake the place by having much success in development and their value.

The recent upward momentum that Ripple has experienced [and is right now] showcased the very possibility that its token price could reach the much speculated $2.00 next year. The market cap in that event will be risen only to $77 billion which is not that far as it looks like keeping in mind the companies expansion in different countries.