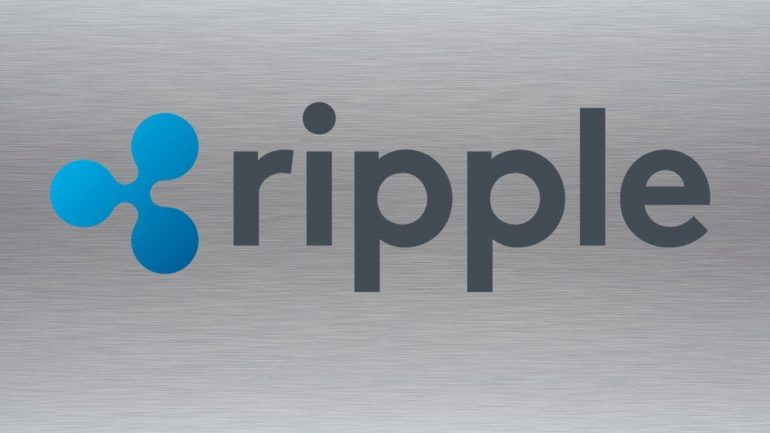 Ripple price manages to balance the bulls and bears on the after-correction period as it gained up to $1.11 and is range bounding for the moment against the USD. Strong cemented position reflected with the 10 percent gain in the last 24-hours.

If you step back and take a look at the plus half-yearly chart development of the pair XRP/USD, despite there were ups-downs in the shorter term understanding – in general it was bullish with a skyrocketing ending which is being experienced right when it comes to appreciating the gain. The increase notes out that popularity and confidence towards the specific crypto is growing. 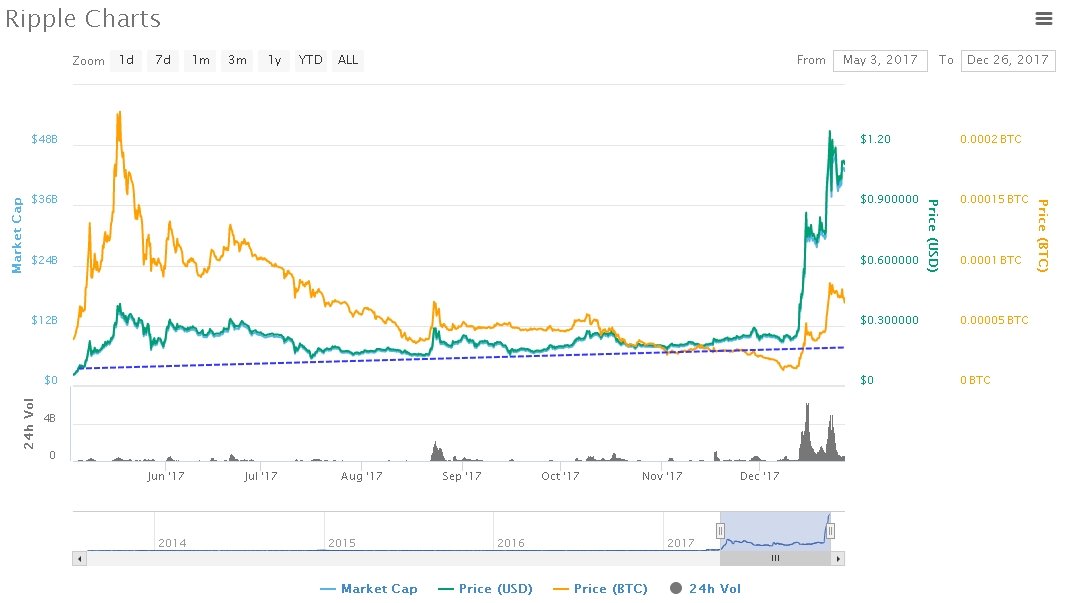 Source: coinmarketcap [+6-month long run of XRP against the USD]

Rolling back in the present, Ripple price after reaching its all-time high of $1.37 with a market cap of $52.3 billion was followed by a general market [not-really] crash dropping to the lows of $0.75 which, hopefully, did not affect new-want to be investors on selling out and losing their faith in the crypto-space as Ripple managed to recover and stabilize. 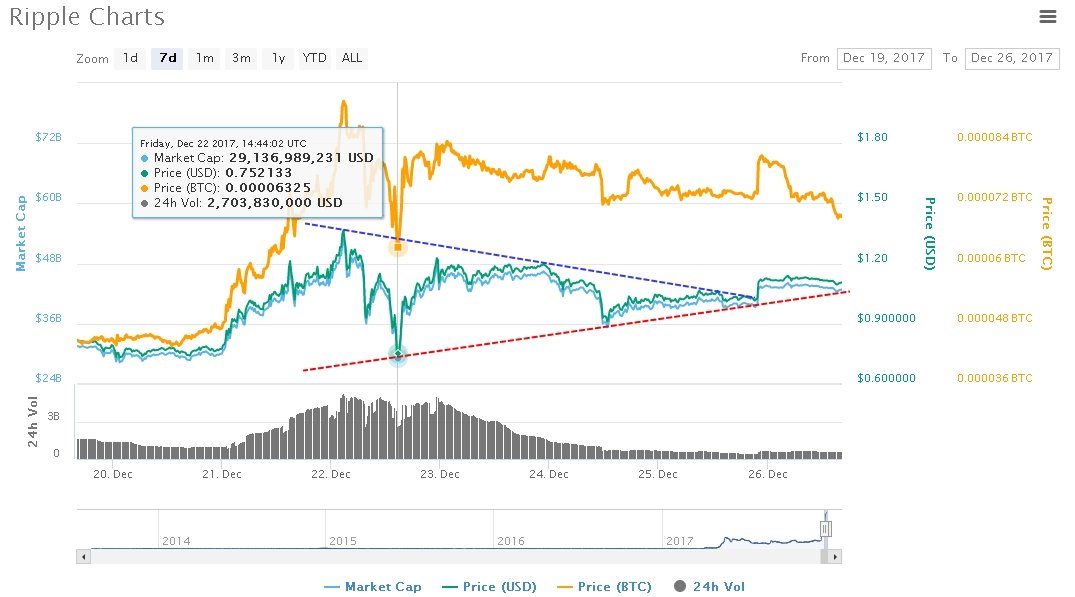 On the closing-in triangle pattern the pair XRP/USD turned out bullish in the last fragment and secured a higher trading ground. As the token value successfully closed above the major $1.00 mark, the difference in gain where it ranged just one month ago is 450 percent [$0.20-$1.10]. Depending on the global market and the leaders Bitcoin price development, XRP most likely will continue trading in the same area for now or with a little of up-tact but a drop lower than $1.00 is of low chances.

Many believe Ripple’s positioning is a major reason for its recent ascent. The ability to stand as a second-hand financial institution to the present entities by offering discounted services for the use of the token is ingenious at present. Actual function while the likes of Bitcoin and Ethereum are still limited is an unprecedented foundation for a token that was valued at only one cent not long ago.

Various investors do close an eye towards Ripple because of its coziness with banks and expansive supply does render it guilty – of what – we do not know.  Investors will need to showcase that the token is more frequently used or else it looks no more impressive than other altcoins.

The first quarter of 2018 will be a deciding factor in Ripple’s future. While recent growth hinges on a surprisingly feasible future, regular drops stem from unrealized gain. Both Japanese and Korean institutions have expressed their intent to employ RippleNet early next year and those results will correlate almost directly to Ripple’s token value.