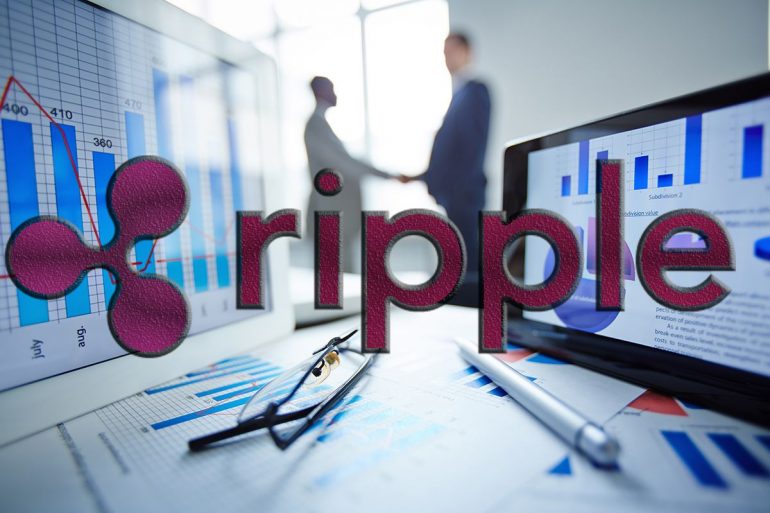 If you believed that Ripple would be left behind after losing its fourth position on the largest cryptocurrency list by market cap – it did turn you wrong today. Ripple token value headed for its all-time high – will the speedy coin make it?

Ripple price followed its failed attempt of overcoming the major $0.3000 level with a dip towards the lows of $0.2200 on Dec 7 [during the altcoin sellout when BTC was surging with record prices every hour].

The situation changed today as the green-gaining momentum initiated by the second leading the pack – Ethereum and the Silver Coin – Litecoin stepped heavily on the gas pedal of gain on Dec 12. 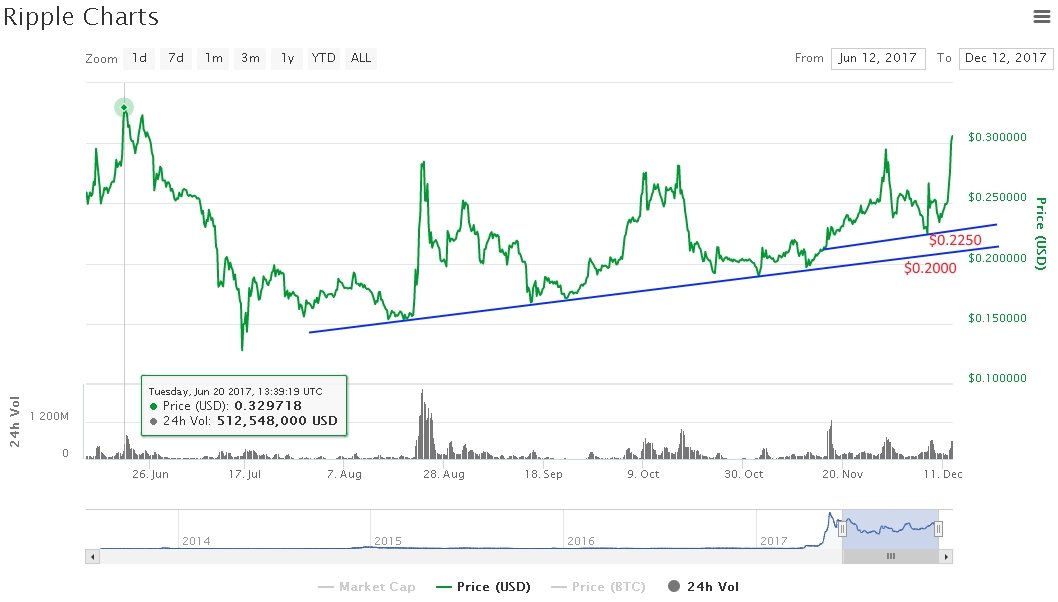 If you step back in look at a wider chart of value development for the XRP token [monthly term], it will be noticed that this is the first time that Ripple has climbed over the $0.3000 mark in 6 months – that is half a year of a attempts on a bullish trend to increase while being tanked by daily traders profiting from slight increases.

In the case of a crash under the last mentioned level – the pair XRP/USD could lose its footing and start ranging again around $0.2000.

However, as the market is being visited with new-investors, the trading volume is growing [which per the moment is investment being made after Bitcoin breached the $16,000 mark] so it looks like Ripple might test waters with its all-time high or create a higher trading ground above $0.3200 and stabilize there.

On the other hand, many say that the supply of the token is too high which truly is only significant in its relation to demand. So it is of no matter if there are over 38 billion tokens around if the institutional demands matches it. On top of that, clients are still not using it for the purpose it is made – settling international transfers but so are not people using Bitcoin to buy daily stuff [for what it was meant].

There is much possibility that the first one will happen earlier – Ripple being used and finding its place in the financial world.

Ripple has a chief executive and he is able to direct the firm’s resources and attention. There are many that invest money on speculation in the cryptocurrency world – investing into something that they do not even understand. On the other hand. Ripple [XRP] has a crystal clear goal making it a great opportunity to pull out a niche in the market.