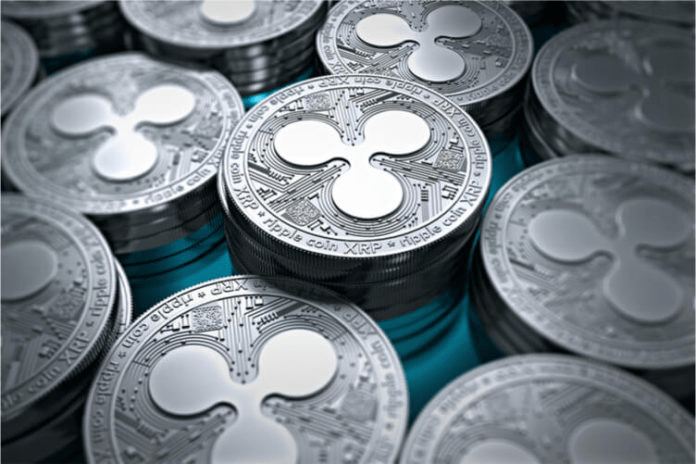 The third largest cryptocurrency by market capitalization with $18.9 billion [according to coinmarketcap] – Ripple (XRP) did have its time to shine back in January as most leading cryptos did when it reached its all-time high over $3.00. Before it managed to reach the major $4.00 the market dipped and so we are on today’s stage.

Not surprising, accordingly to the market development that is taking place now, with cryptocurrencies changing beds from green to red in a matter of a single day, the pair XRP/USD is changing hands just above $0.50 battling to keep its head above waters. But, keeping in mind Ripple’s unique marketing strategy and what it does need to get motors running, going in the flow of some recent announcements – XRP could achieve the $1.00 sooner than what many think.

Ripple’s CEO Brad Garlinghouse, back in January, did announce without providing any further details, up to this point, that Ripple is going into a partnership with a very important money transfer institution. That gave the public some room for guessing so in general opinion, everyone thought that XRP is either going to partner up with Western Union or MoneyGram.

On the other hand, the price of XRP is being tanked very harshly by the avoidance that Coinbase is showcasing not listing the token for live trading. It is evident that Ripple has dropped greatly in price in the last 3 months, however, on the long run the partnership mentioned above will be a catalyst of great change and impact its physical value.

One of the most impacting developments that many are eagerly waiting for to see in action is the Cobalt Algorithm that was introduced by Ethan MacBrough – Ripple employee and a very respected cryptocurrency architect. The official announcement for the implementation of the ingenious-considered algorithm was done on March 27 2018 by Ripple’s team.

The San-Francisco based startup Ripple [XRP] has just announced a partnership with Hyperledger – an open source initiative, marking an important step on unfolding the infrastructure for their long-term view of the Internet of Value.

Thanks to this partnership, Ripple will be able to make blockchain technology even more desirable as they are now able to gain the access to the ILP algorithm, which Ripple has modified a while ago to match new demands for blockchain-based operations while changing the way this algorithm is operating.

Joining open source collaborative @Hyperledger is an important step in establishing an #InternetofValue.

We're proud to be a part of the #blockchain revolution https://t.co/kRNT2agQHJ

Once the market stops the violent selling and massive plummeting, we will experience incredible results on XRP’s price as a conclusion of these developments that will supports Ripple to reach $1.00 on the near term.