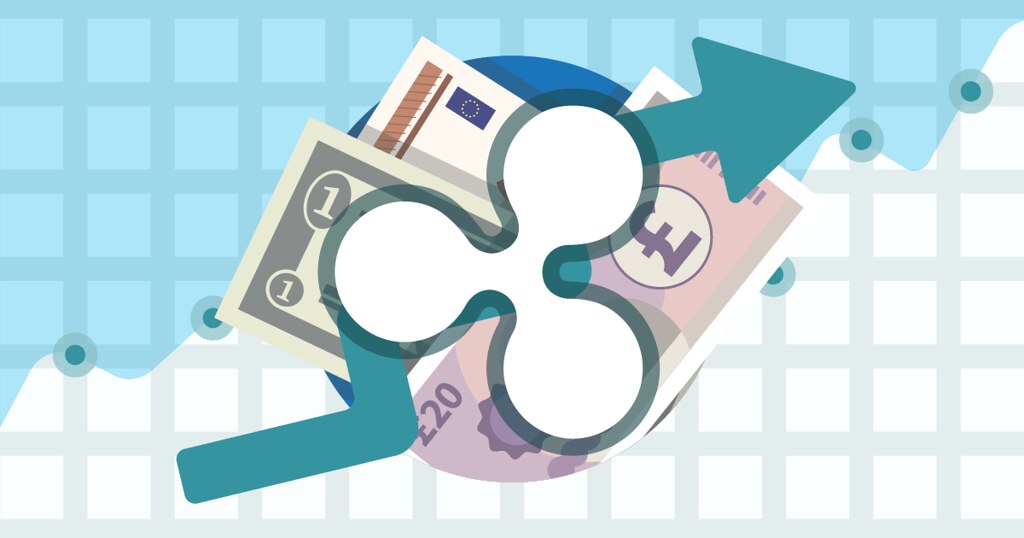 Ripple (XRP) Could Surge or Tank in the Next Three Days

Ripple’s XRP prices are on the rise spurred on by its recent partnership with Money Gram. The cross border money mover has elected to use Ripple’s xRapid and XRP to settle its foreign exchange transactions. Consequently, Ripple Inc, which owns 60 percent of all XRP now, also owns MoneyGram shares worth $30 million. There is also the option of purchasing $20 million more worth of MoneyGram equity in the near future.

“Through Ripple’s xRapid product, we will have the ability to instantly settle funds from US dollars to destination currencies on a 24/7 basis, which has the potential to revolutionize our operations and dramatically streamline our global liquidity management.”

The MoneyGram International Inc shares have also soared past the 155 percent  after its tie-up with Ripple. The giant cross border money transactions giant has over $1.4 billion in annual revenue. Pundits say that the match between Ripple and MoneyGram highlights increased investments into and from blockchain. It also shows that the crypto industry is getting off the sidelines and going mainstream.

XRP Prices in The Balance

Is the XRP price rise going to hold or slide back to normalcy once the excitement recedes? A lot more is going on globally this week that could keep the surge on, or halt investor interest. The G20 leaders summit happening in Osaka Japan on June 28-29 is one of those events whose outcome could spur or cause a crypto dump.

US President Donald Trump and Chinese President Xi Jinping have gone head to head in a trade war that’s have been turning investor attention to crypto. The leaders of the world’s biggest economies have gone for tit for tat tariffs skirmishes. This has, however, escalated to defense and geo-strategic concerns. The indication that the US Federal Reserve was getting reactionary on interest rates in return has been a big shot in the arm for cryptocurrencies.

The shift in policy by the Federal Reserve has positively influenced the fortunes of other financial assets, especially crypto and gold.   On June 19, for instance, Jerome Powell, the chairperson of the US Federal Reserve, indicated that they were going to maintain the interest rates at the 2.25-2.5 percent target range. With that, Bitcoin’s prices surged past the $11,000 mark, gaining impressive gains of $1,000 in a day.

As it is, the Federal Reserve is maintaining the current borrowing costs, defying the pressure from a government concerned about a cooling economy. If the Trump, Xi Jinping meeting in Osaka, nevertheless, brings about an economic cease-fire, the Fed might not need to take drastic measures. This might lower the current surge in interest in crypto and gold considered as safe havens in an uncertain Wall Street future.

The V20 summit will commence alongside the G20 summit. This platform is devoted to virtual asset service providers’ (VASPs) and is set to discuss the Financial Action Task Force (FATF) recommendations. There also will be a discussion on the FATF’s forthcoming proposal and its impact.

The Bank of International Settlements is also publishing its Annual Economic Report and Annual Report on June 30. The BIS is not particularly bullish on crypto and has issued a warning beforehand on financial services offered by tech firms. It has said that they could bring in new risks for the banking sector.

What the upcoming publication holds may influence the XRP price since its C-level team has been making headways with the world’s central banks. More good news for Ripple is that SBI Ripple Asia is planning a full launch Money Tap app in-store payments.  The app is dependent on xCurrent, and the SBI Holdings CEO Yoshitaka Kitao joined Ripple’s board. SBI is also launching real-time XRP trading in its virtual currencies exchange.