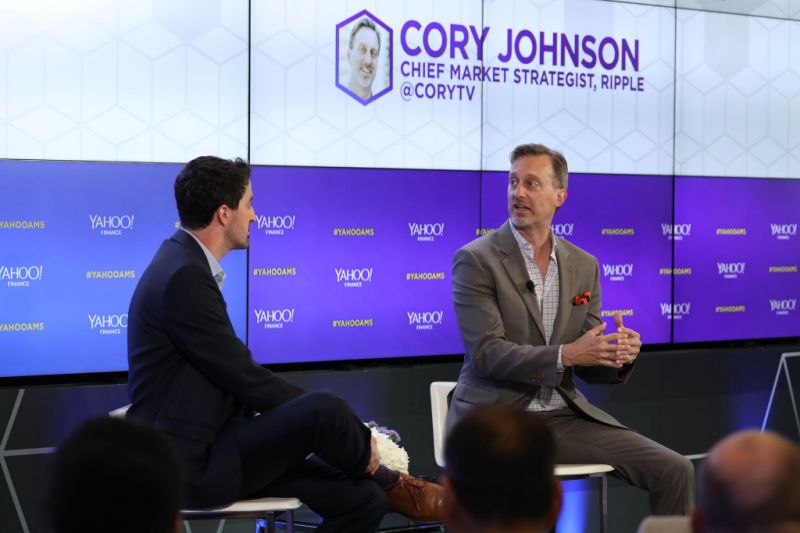 During an interview at Yahoo Finance’s All Markets Summit: Crypto, Ripple chief market strategist Cory Johnson spoke about the behavior of Ripple Inc, its XRP token and the impact it has had on the market.

He commented that it was essential to know such difference because many people think they are the same thing, thus being prone to make their moves thinking about misleading conceptions:

“It is endlessly frustrating to me that people are unable to distinguish the fact that XRP and Ripple are separate things … I mean, no one calls Exxon Mobil oil. Exxon Mobil has a vested interest in seeing that oil is successful, but that doesn’t mean it’s the same thing.”

Mr. Johnson explained that perhaps this is one of the reasons why despite having a poor behavior during 2018, XRP generated an almost ‘religious’ bullish feeling on the community:

“We had the best first quarter the company’s ever had, we signed more deals, got more companies into production, deals coming every six days instead of every six weeks like a year ago… Yet XRP had the worst quarter it’s ever had. So I would argue that they’re very much separated.”

It is important to note that Ripple (XRP) is merely a token used as a mechanism for value transfer. However, xCurrent, the primary product offered by Ripple Inc. does not use it.

So far the corporate use of Ripple (XRP) beyond speculation to power the xRapid payment solution.

During the interview, Cory Johnson explained that Ripple was born after its founders analyzed the advantages of Bitcoin and tried to create a system to overcome its disadvantages.

Cory also used an example from Brad Garlinghouse in which he mentioned that Bitcoin is similar to Napster in the world of cryptocurrency: Although it represented a significant breakthrough, its failures led to the development of new protocols that pushed p2p technologies to unimaginable limits.

Cory Johnson mentioned that Bitcoin “opened our eyes to what’s possible, but the failings of the technology also became apparent” explaining that this is why people are so excited about Ripple:

Another reason why he believes Ripple (XRP) has so much media support is that -beyond the potential of Ripple´s blockchain- people have money at stake holding XRP:

Currently Ripple (XRP) is having a bearish streak; however, Ripple Inc. continues to gain international and corporate allies that make it the undisputed market leader in its field.