Ripple (XRP) Price and What is Impacting its Success

The third leading cryptocurrency by market cap and one of the most deserving investments that enthusiasts feel about – Ripple [XRP] has been running a very promising and bullish market trend lately while fueling the community with more confidence for the future. Since the beginning of its partnerships during the events in Silicon Valley, Ripple did service what it promised, with the team targeting head on payment systems and solutions while attempting to revolutionize the products and features even more.

The target and goal which Ripple has set for itself is crystal clear. The firm wants to become the leading.preferred payment solution in a globe-range. Keeping in mind the the existing banking services and solutions are limited in transparency, expensive and very slow, they are not delivering what the system is meant to do.

The name of the global payment system created by Ripple is called RippleNet. Its function is to create a global network of banks using which anyone can send or receive payment by the help of Ripple technology. While improving the network, it will soon have gross settlement, certainty that a transaction has been made and being clear on it and real-time messaging. Accordingly, for users to have access on the new-better features that RippleNet would help with, Ripple is collaborating and forming partnership with various banks.

Ripple with its network RippleNet have showcased three products that are turning to be very attractive for financial institutions: xRapid – In simple words, in order for banks to transfer funds very easy without having to pair up transactions, it acts like a pool of funds that can be accessed by the banks. xCurrent – The speed, transparency and efficiency motor in processing payments between banks. Xvia – it gives the opportunity to corporates to make real-time transactions/payments with rich data attachments.

One of the best rumors surrounding Ripple at present is pairing up with ApplePay. There are indications that Apple has decided on implementing Ripple’s interledger protocol into ApplePay. Being one of the greatest technology corporate in the world, if this rumor turns out to be based on reality then it could take Ripple skyrocketing.

Another successful match turning out to be is the one made between SBI Holdings and Ripple. Being based in Tokyo, SBI Holdings did always act as a bull when it comes to Ripple since the beginning with Yashitaka Kitao – company CEO, posting many times how smart and positively functioning Ripple is. 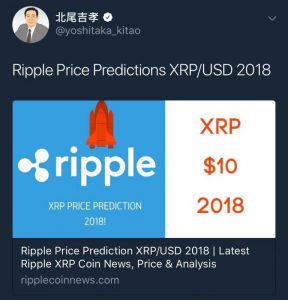 Its token value XRP is still on the red against the US Dollar as it is changing hands at $0.8171 with 5.42% loss in the last 24-hours. The minor dip is coming because of Bitcoin [$10,000] and and various coins not being able to close successfully above important levels like Ripple XRP $1.0000 in the first attempt. However, as hours are passing its supports are moving higher that could be signaling to a reverse and re-test of the levels. 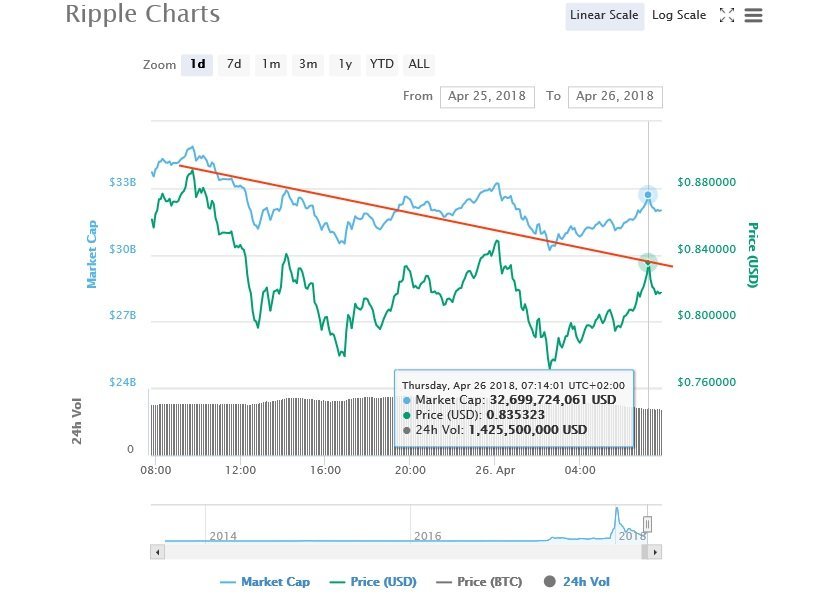