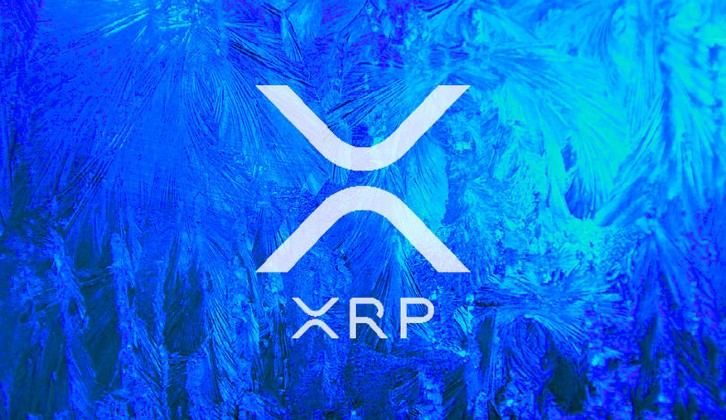 Almost a week ago Ethereum World News reported on XRP’s stellar performance taking Ethereum‘s place by market capitalization for a day, however Ethereum (ETH) is well cemented to be the second in lead behind Bitcoin (BTC). Following its massive 70.00% increase in 24-hours, the pair XRP/USD slowed down its momentum as sellers jumped in to harvest the gains. Yesterday most leading coins were experiencing double digit dumps with the likes of EOS, ADA, XLM and XRP.

Following the violent sell-off that took place beginning of September throughout the complete market, XRP was the first to make major steps upwards against the US Dollar toward the road of recovery. 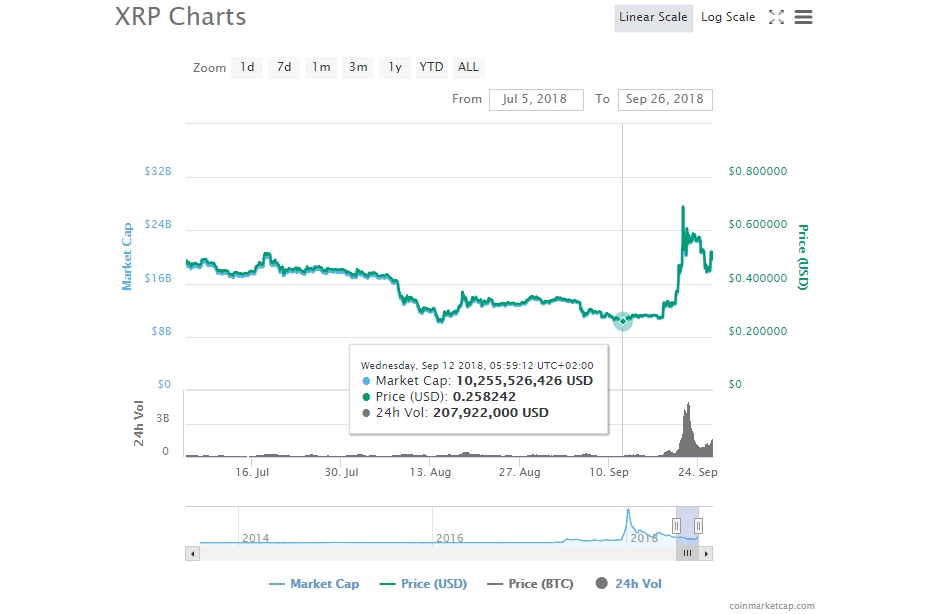 Now returning to the present, the pair XRP/USD is changing hands at $0.5228 while battling to stay above $0.5000 as it was able with today’s tradings to recovery most losses. Has increase 14.00% in the lat 24-hours being the only in double digit gains in the top-50 list.

In a recent tweet as mentioned in a previous blog post, Justin Sun would give the recent surge of XRP in the markets to PNC Bank recognizing Ripple’s protocol. He also added that it was a sign that financial institutions will embrace blockchain.

Concluded by one of our authors Michael Lavere in his piece: XRP Search Volume Spikes, Brand Distancing From Ripple, along side its 100% value increase in the last days, XRP has continued to distance itself from the original creating company Ripple with the keyword XRP reaching double the search volume in Google Trends Tool.

Mellisa Lee, CNBC Fast Money’s host, queried Novogratz on his opinion about the aforementioned price surge, asking the well-established figure to try to explain the current state of XRP:

“They’re building a great business. Full disclosure — we’re (Galaxy Digital) a 1% owner in Ripple the company, not the coin… They have a good story. When something jumps 3x, I don’t understand it. [Maybe] it’s a short squeeze to a degree, as I’m sure some people were short, but there were [likely] new buyers.”