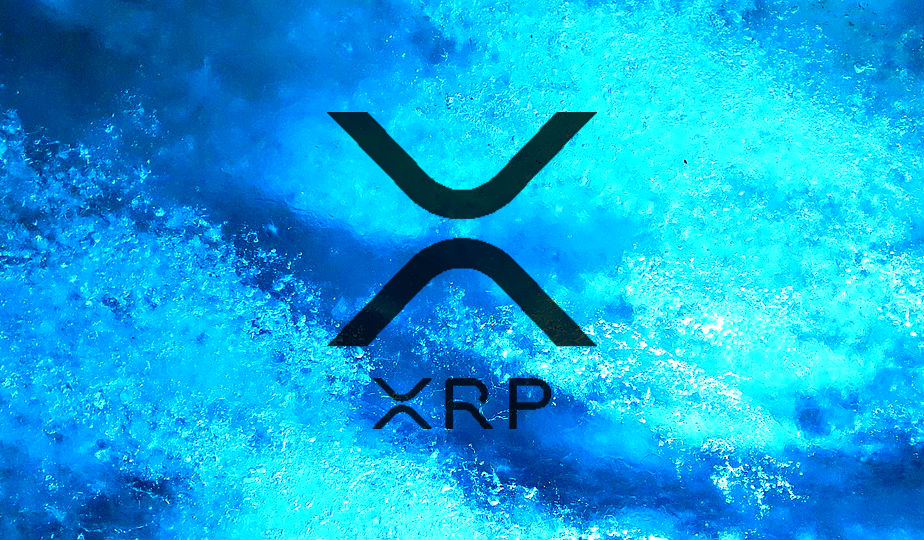 Rolling back only a week ago when Bitcoin BTC was plunging around $6,200, EthereumWorldNews covered a piece in which it was highlighted how a twitter user also crypto-enthusiasts believes that the bearish trend is over as the same -85% drop of 266 days occurred in 2014.

Biggest decline in altcoin marketcap was in 2014 -86% with a total duration of 266 days before a massive bounce.

Simultaneously and of the same thought is the well known Michael Novogratz who tweeted on his sentiment that Bitcoin has bottomed reaching the $6,200 which marked the level when last year the big hoist begun.

With the most recent coin performance’s it is safer to say than earlier that the bullish trend could have taken over as daily constants of double digit gains are taking over in the top ten of cryptos that lead by market capitalization.

Two that are standing out strongly in this battle of the best are the two first-seat competitors XRP and Stellar. The speedy coins with the speedy value increase. Per time of writing XRP has moved above the major $0.5000 mark against the US Dollar with 48.06% in the green, while Stellar’s XLM follow at $0.2515 welcoming 19.36% increase.

The last time when the pair XRP/USD was close or changed at $0.5200 was end of June since when the rigorous sell-out commenced. 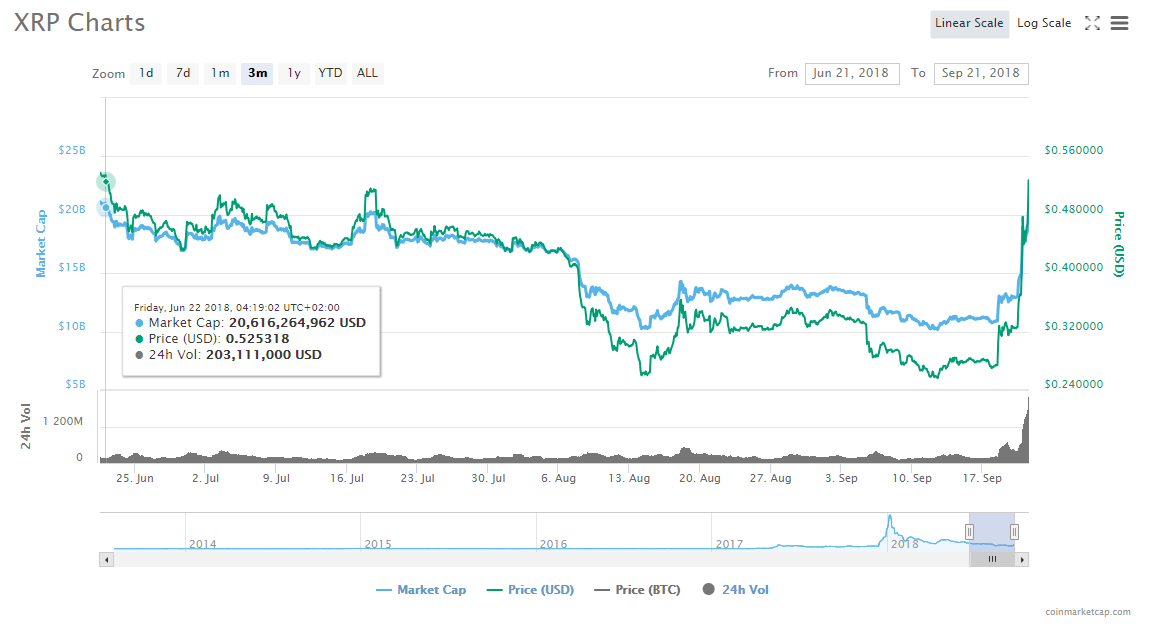 Additionally, Weiss Ratings recommendation of looking out for XRP and ADA in the near future for a 10-time growth chance was spot-on when the firm predicted on its twitter handle.

#Bitcoin will lose 50% of its #cryptocurrency market share to #ETH within 5 years, due to it offering more uses and being backed with superior #blockchain technology. We completely agree – unlike #BTC, which is a one-trick pony, the limit of ETH’s application is sky itself.

In a 17th of September interview to CNBC, Ripple’s head of regulatory relations for the Asia-Pacific and the Middle East, Sagar Sarbhai, hinted at the firm will be launching xRapid operations in the next month or so. His exact words were as follows:

“I am very confident that in the next one month or so you will see some good news coming in where we launch the product live in production.” Sagar Sarbhai continued enthusiastically talking about blockchain…

“A couple of years ago the narrative was blockchain good, crypto bad. But I think what we’re now seeing is that more and more regulators are taking the whole space in one conjunction [sic]. You cannot have runways built without airplanes… [T]hat narrative is thankfully changing, and policymakers are recognizing there is a strong benefit that digital (crypto) assets bring.”

XRP’s train looks like it is not stopping there. Close to only $2.0 Billion market capitalization is between it and the second in lead Ethereum from loosing its position. If the pair XRP/USD continues its momentum and reaches the level of $0.58 it is much possible that the well-confident Ethereum has to move lower on the list.

Demystifying The $589 XRP Price Prediction By End Of 2018