After a series of adjustments in certain critical positions within the SEC, the regulatory body appears to be moving decisively toward the construction of a more crypto-friendly legal system. 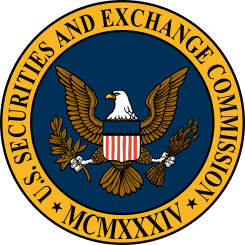 It is important to note that a few weeks ago, the SEC announced that it would open a window for those who disagree with the denials of approval of certain Bitcoin ETFs to submit their arguments and make recommendations.

Also, recently the SEC received a letter signed by several US lawmakers demanding greater clarity regarding the position of this entity towards cryptocurrency and blockchain technologies. The signers allege that there is a risk of blocking important investments that would naturally migrate to other countries in the face of obstacles imposed by the United States.

FinHub: A New Step Towards a Blockchain-Friendly SEC?

Following this letter, the SEC announced the creation of a New Initiative to support Crypto, Blockchain, ICOs, and Fintech Innovation. The project is named FinHub and is led by Valerie A. Szczepanik, Senior Advisor for Digital Assets and Innovation and Associate Director of the SEC’s Division of Corporation Finance.

According to information available on FinHub’s official website, the project seeks to bring together a series of academic and legal resources for entrepreneurs focused on what they call the 3 Rs for any initial coin offerings: “Risk, Reward, and Responsibilities“.

According to the primary source, SEC Chairman Jay Clayton details the initiative as a “central point” for any project you want to run on the blockchain. Mr. Clayton comments his optimism regarding this program:

“The SEC is committed to working with investors and market participants on new approaches to capital formation, market structure, and financial services, with an eye toward enhancing, and in no way reducing, investor protection. The FinHub provides a central point of focus for our efforts to monitor and engage on innovations in the securities markets that hold promise, but which also require a flexible, prompt regulatory response to execute our mission.”

Ms. Szczepanik also comments that FinHub could play an essential role in the development of strategies to encourage the massive adoption of cryptocurrencies in the future:

“SEC staff across the agency have been engaged for some time in efforts to understand emerging technologies, communicate the agency’s stance on new issues, and facilitate beneficial innovations in the securities industry. By launching FinHub, we hope to provide a clear path for entrepreneurs, developers, and their advisers to engage with SEC staff, seek input, and test ideas.”