Still think Cryptokitties is the most profitable game? These DApps will prove you are wrong 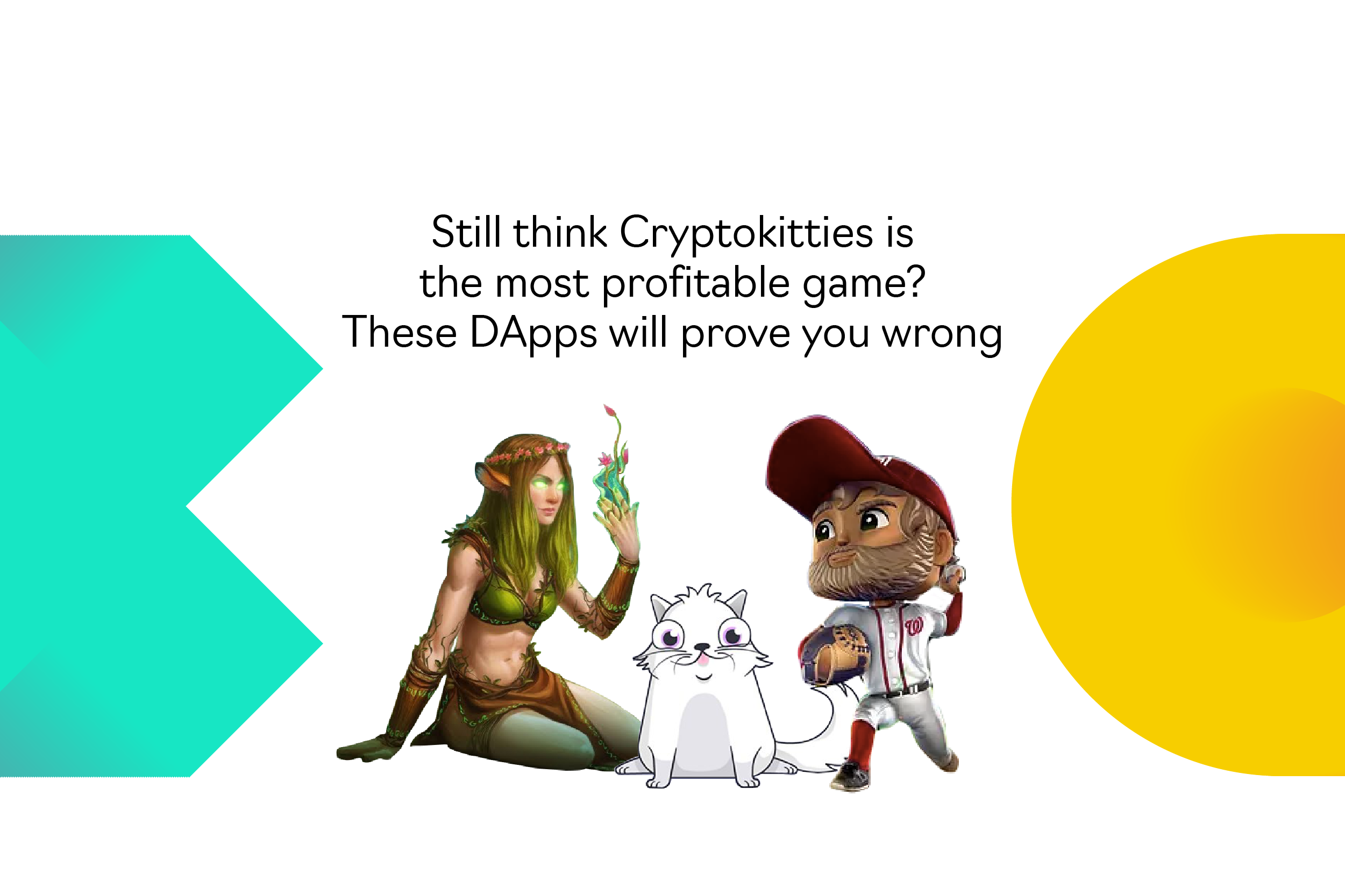 Every gaming crypto enthusiast has heard about CryptoKitties, a virtual game that runs on the Ethereum blockchain, using non-fungible tokens that are unique to each ‘kitty’. What is so special about this blockchain based game?

Without a doubt, CryptoKitties has benefited from being the first on the market, as it entered the public’s consciousness before any of the other spinoffs. It is also noteworthy that a Dragon CryptoKitty is so far the most expensive item traded in the game’s history at 600 ETH (around $170,000). But did you know that CryptoKitties is not the most profitable blockchain based game? In this article we will take a look at the top DApps (decentralised apps), out of the more than 800 that have proliferated in such a short time. Before getting started however, it’s crucial to learn the DGaming industry basics.

DGaming is short for decentralized gaming, and astonishingly, it is less than a year old. Although in its infancy, the numerous DApps that make up the DGaming universe have managed to attract an average of 13,178 monthly active players. And this number is only growing.

According to the DGaming report, there are several games that have accrued more value than CryptoKitties. Here are some you may have heard of:

There are a bunch of other blockchain powered games that are garnering lots of attention due to the excitement and rewards they bring, such as FairDApp, Etheroll, and Dice2.win, just to name a few. The DGaming industry is exploding with companies thinking of innovative ways to push this technology into the mainstream. With companies like Ubisoft actively looking for blockchain developers to improve gaming experience, the list of games generating huge profits is only going to grow. If you want to be on top of everything coming out of this exciting space, check out the full report by DGaming.com. It’ll give you a clear picture of the decentralized gaming industry as a whole.