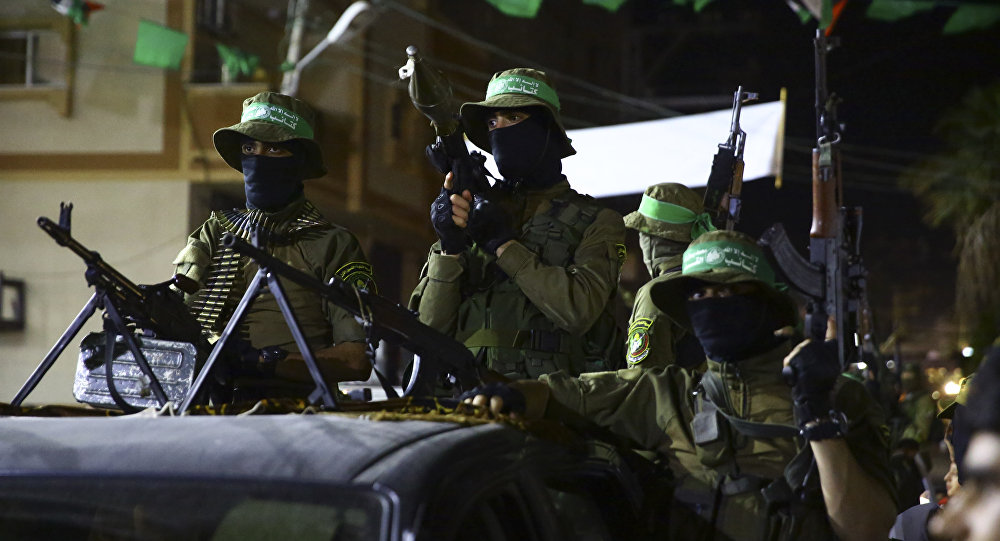 Cryptocurrencies allowed society to freely carry out financial transactions without depending on the authorization or supervision of third parties such as banks, government agencies, private organizations, etc.

However, the use of these technologies has also been leveraged by criminal or political groups that oppose the prevailing political systems in society.

A little less than a year ago, Steve Bannon, former chief strategist and advisor of US President Donald Trump and member of the US National Security Council, promoted the adoption of crypto currencies as a way to combat the establishment.

But Donald Trump’s former advisor is not the only one to recommend the use of cryptocurrencies as a tool of political fight. The armed wing of Hamas (an organisation calling for the establishment of a Palestinian state under the 1967 borders) has also resorted to BTC as a means of financing.

As reported by Reuters, The Gaza-based Izz el-Deen al-Qassam Brigades (an armed section of the movement) has issued several pleas to its supporters, encouraging them to donate BTC to raise funds.

Hamas has been declared a terrorist organization by the United States. The European Union also considers it in the same way, even though there is an order from the EU Court of Justice to remove this group from the list.

Because of its status as a terrorist group, the work of cybersecurity experts made it possible to track funds through the various Txs of the blockchain. They then exerted pressure on the exchanges to prevent them from converting their tokens to fiat.

However, a report by the blockchain analysis firm Elliptic revealed that the organization had promoted new security measures, urging its supporters to donate money to a website that generated a new address with each donation, making tracking more complicated. They also recommend to donors, to “use a public device so that the wallet is not linked to your IP address”.

“It makes it difficult for such funds to be tracked by financial authorities,” said Lotem Finkelshtein, head of threat intelligence at Check Point Technologies, a cybersecurity firm in Tel Aviv.

“It’s not so simple to link wallets to organizations.”

This new solution is currently being tested. According to Elliptic, only about 7.5K USD could be raised in BTC. Hamas receives several millions of dollars every year. A spokesperson from Hamas refused to provide any kind of information regarding Elliptic’s Research