Tezos [XTZ] dominates the leading board of coins which are ranked by market capitalization with its double digit increase only in the last 24-hours. Reaching the price of $1.44 against the US Dollar in the beginning of the week it counts 11.00 percent increase today while marching forth the BTC market for 12.50% in the green. 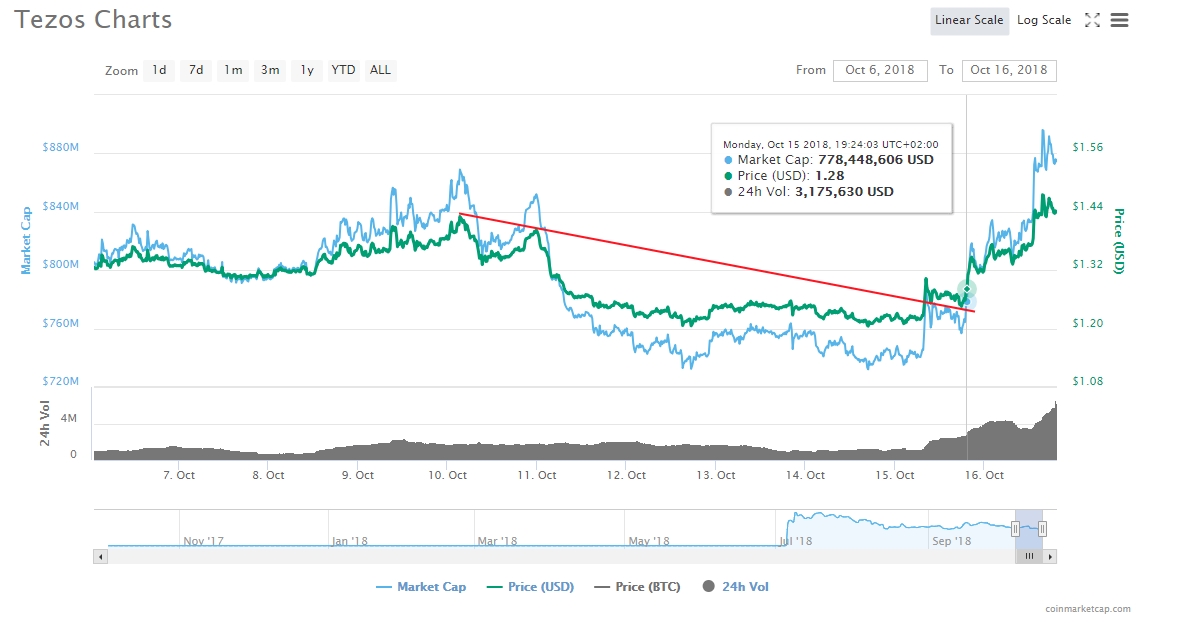 The pair’s XTZ/USD performance Yesterday it achieved a clearing-above the weekly declining trend which has been tanking the value downward as did the general market sentiment. Per time of writing the coin is ranked 17th with $877 million market cap and a trading volume of $6.2 mil [24h].

During one of the most successful and largest ICOs ever held – Tezos Foundation raised over $232 mil bringing a new cryptocurrency in the market. During a contact made by Reuters to the president of the foundation it was confirmed that its MainNet was set to launch on the 14th of Sep, 2018.

Rolling back to the present, one of the catalysts that hoisted the current value upward movement could possibly have been Kraken’s listing of XTZ. To bring the token closer to the European investors and traders, the exchange added XTZ on both its old and new platform. Every user was notified via their respective email of this addition. 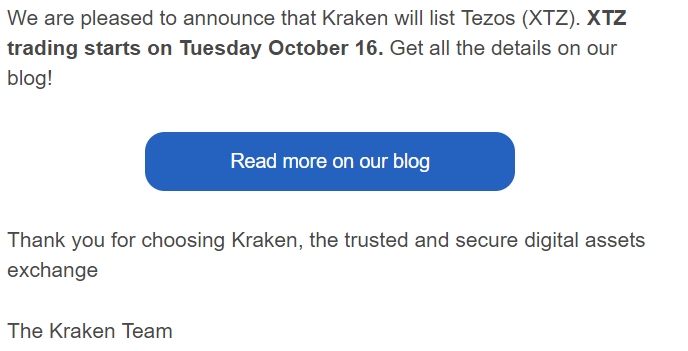 What is Tezos (XTZ)?
Tezos is a decentralized computing platform for Turing-complete smart contracts. Tezos has three key features. (1) “Liquid Proof-of-Stake” consensus – there is a relatively low barrier to consensus participation and delegation is not required. (2) Smart contract verification – Tezos invented the Michelson programming language that allows formal proofs of contract properties for better contract security. (3) On-chain governance – all aspects of governance are contained in the platform: voting on proposed protocol upgrades, paying developers and implementing the upgrades. – Via Kraken’s blog post