As many crypto enthusiasts have started to notice, there is a slight attempt by the bulls to get Bitcoin – BTC against the US Dollar up back on its feet.

Bitcoin (BTC) Price Analysis: Are Bulls Back on Their Feet?

If the supportive trend line starts to gain momentum and hold-off any waves of bears that tend to tank the value downward, a ripple-effect could present itself impacting all following altcoins as the pioneer cryptocoin always does. 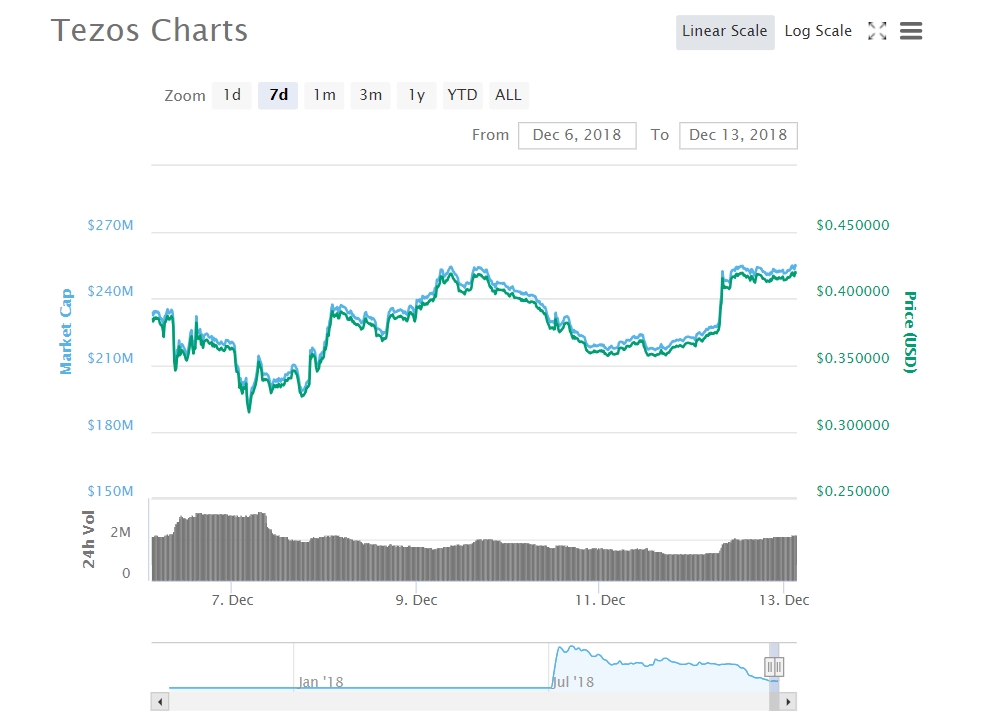 Tezos for starters – During one of the most successful and largest ICOs ever held – Tezos Foundation raised over $232 mil bringing a new cryptocurrency in the market. During a contact made by Reuters to the president of the foundation it was confirmed that its MainNet was set to launch on the 14th of Sep, 2018.

Right on its tail is Waves which is welcoming a daily price hoist of 10.01% against the US Dollar reaching the mark of $1.85. Its beginning of December price surge as it seems is still continuing. The reason for this trend was the recent announcement of the release of a significant update to the mobile wallet.

We are excited to announce a long-awaited update of the #Waves Mobile app! Deposit, store and withdraw your #crypto securely, trade your assets on DEX, lease your $WAVES — everything is now available right on your smartphone! Read more about it here: https://t.co/5Qp7YKTa8r pic.twitter.com/y5hsCXj2GV