Thought Everything Is Going Well For Ethereum’s Update? Not Really 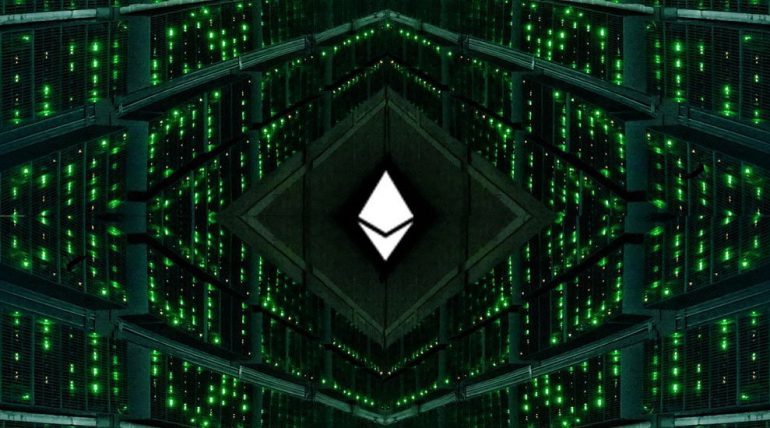 The first step of the Metropolis upgrade – The Byzantium hard fork took place for Ethereum’s network earlier this week. However, it still does seem as it cannot be called a complete software transition.

One of the biggest-ever changes to the world’s second-largest blockchain, ethereum’s hard fork was a risky and complex process. To transition successfully, all nodes (the computers that run the software) were required to universally install upgrades – a transition that was expected and encouraged to occur simultaneously across the global platform.

But, in this case it did not go very well or as it was expected.

The upgrades for the network were released just before the hard fork, while quite a significant amount of the chain has still to make the transition. Around 25 percent of Parity, and 58.4 of Geth – two of the most popular ethereum clients have gone through the upgrade. In conclusion, only around 50 percent of the network is running on the new software.

The short testing runway also had other impacts: namely, previous iterations of the software were retracted due to critical faults that could have exposed the network to denial-of-service attacks, or created incompatibility between nodes, leading to a split of the network.

As a result, some may be wondering whether ethereum is safe to use, and given the state of affairs, this remains an open question. For one, there are a few types of faulty software clients out there, and several contain a “consensus bug” which could lead to the inadvertent creation of multiple ethereum blockchains.

For the sole reason, Gavin wood – Ethereum core developer, suggested extra cautious and extra care for any individual preparing for a major-scale project until the upgrade is stable.

Given the situation, there could be cases of security bugs in the current running Byzantium software.

The most severe and frequent of these is the consensus bug (as mentioned above), which occurs when nodes cannot communicate and the blockchain splits into incompatible chains. Developers are now said to be running tests to try and locate these risks, hoping to catch any before they active.

If the case exists in which the above mentioned bug is real that Gavin Wood believes it will take its time until it will be showcased.

“I don’t think anyone believed the network was going to self-combust on block 4,370,000,” Wood said.

So the following days, based on Wood’s information, are very crucial as its the time when problems will come to light.

And if this does happen, Wood is confident the developer team will release debugged software variations quickly, to avoid any excessive damage to the platform.

Regarding the faulty software that is already out there, lead security developer for ethereum Martin Holst Swende said this isn’t a cause for concern.

If consensus splits happen as a result of running the old software, he assured: “They’ll simply be dropped off the chain, [then] look into it and update their client.”

Ethereum relies on a number of security screening processes, but the one that probably didn’t get sufficient airtime prior to release is what’s known as a “fuzzer” – an automated testing process that can draw out the most subtle of code weaknesses.

Now this is representing a new security check for the blockchain network as Peter Szilagyi – core developer, explained it:

“It takes polish and effort to really make it part of the workflows.”

“Rest assured that the fuzzer will be a much more organic part of the next fork preparation.”

“Lesson learned for future hard forks. Probably we will only decide on a block number after all client implementations are prepared.”