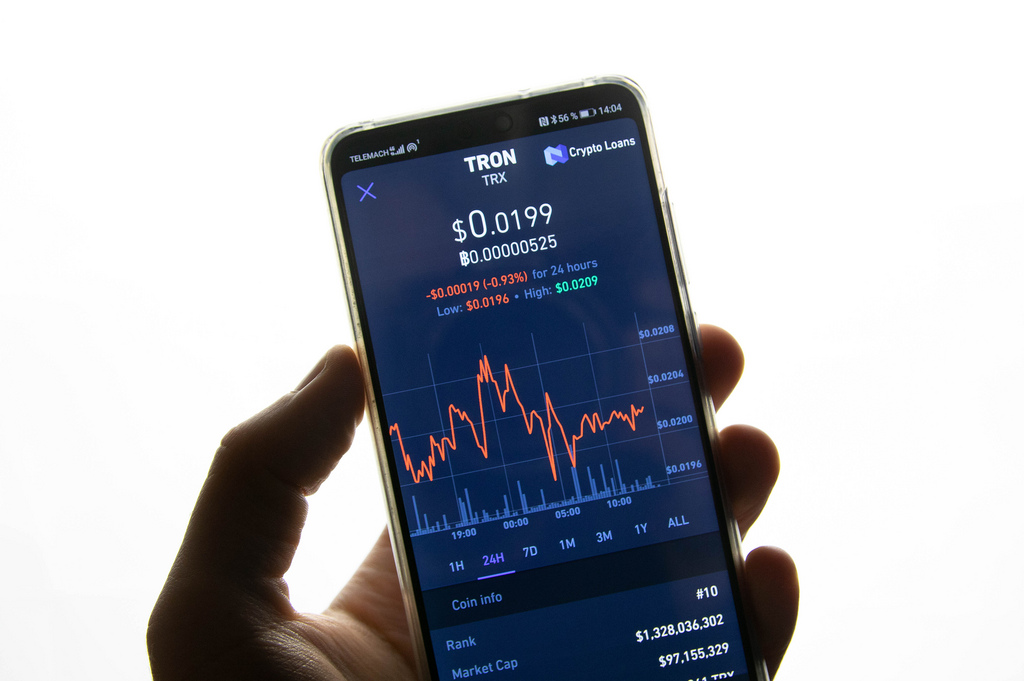 Tron Price Analysis: TRX Bulls are Back, Correction Phase Over?

Underpinning the success of any project, is its ability to draw new users. It doesn’t matter the size or funding levels. Bitcoin became an instant success because of its ability to cut off gate keepers, the middle men that continue to squeeze out every last penny in legacy set ups.

Taking the same route, Tron are slowly but surely gravitating towards their ultimate objectives of not only decentralizing the web but creating an ecosystem for entertainment in a two-pronged approach. First, they are a smart contracting platform where users can create tokens, launch applications and receive funds from interested parties.

On the other, it is also a place where talented coders are incentivized to develop and contribute apps. Tron Arcade is an example and with a $100 million kitty spread out over three years, the Tron Foundation has their eyes set on one of the three SE Asia blockchain powerhouse—South Korea.

Add this to Justin Sun’s recent comments that their goal this year is education, it’s only a matter of time before we see how their efforts are paying off and influencing price action.

Even so, TRX is not fairing any better. After an initial pump that temporarily thrusted prices above the all-important 2.5 cents, prices are sliding back and retesting primary support levels. Regardless, we shall continue to hold a bullish outlook on the digital asset. However, it’s all depends on how fast TRX prices recover from current lows as bulls snap back to trend thrusting prices towards 4 cents and later 6 cents. 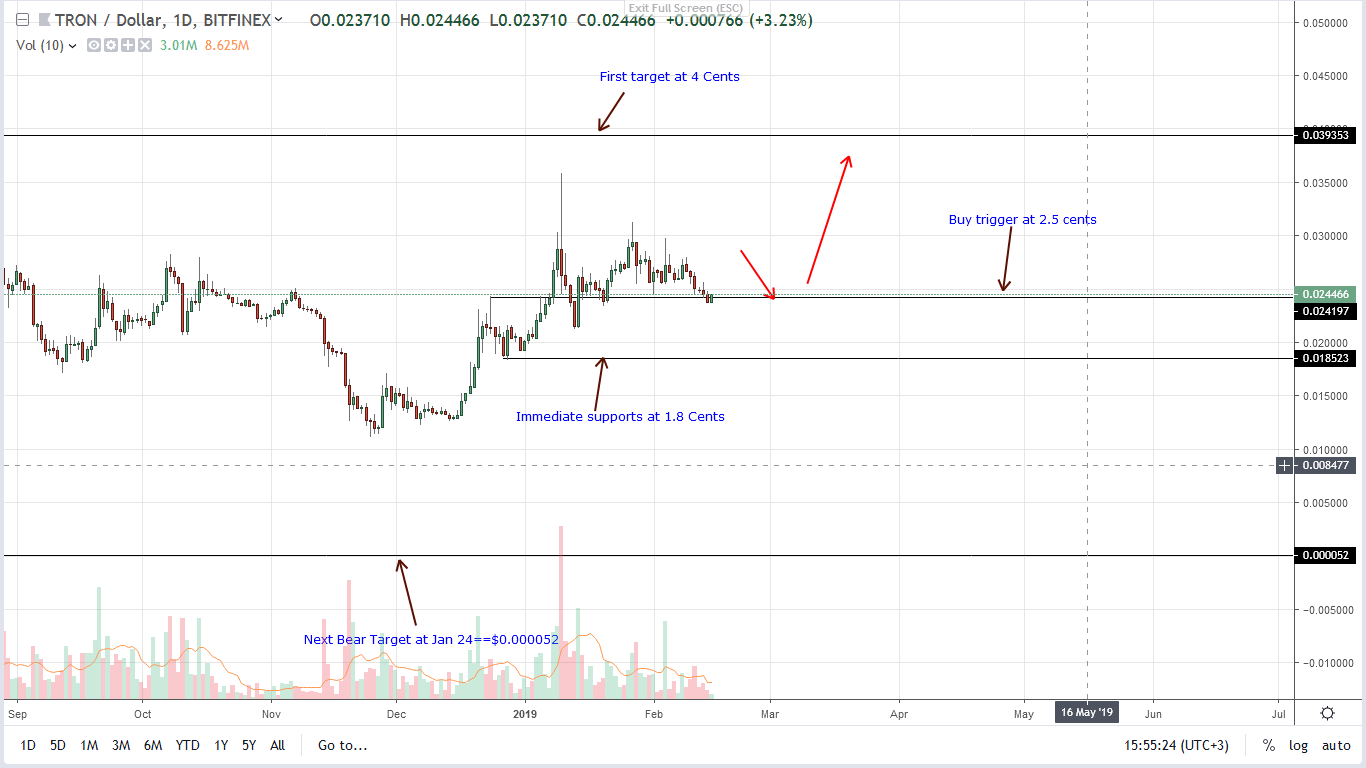 In the lead up to BitTorrent ICO, the need of TRX and BNB temporarily pumped the coin causing a mis-pricing that is now being corrected. Despite this slide, prices are technically trending within a bullish breakout pattern with clear supports at 2.3 cents—2.5 cents zone.

Considering price action of the last few days, it is likely that the retest phase has been completed. This stand will hold water more so if today close as a bullish right off the support line complete with decent volumes.

If that is the case, risk off traders should begin looking for opportunities in lower time frames with first targets at 3.1 cents. The 3.1 cents mark is the tops of the inverted pin bar of Jan 27 and a conservative buy trigger line whose breakout could catalyze a rally towards 4 cents and even 6 cents.

On average, transactional volumes between mid-Dec and early Jan stood at around 16 million as relayed from Binance records. The correction wave between mid-Dec to Feb averaged around 8 million. This discrepancy means buyers are technically in charge and with evidence from candlestick arrangement, it is likely that volumes pick up. Ideally, volumes signaling bulls should be high above 8 million averages and even exceed 42 million of Feb 4.

All Charts courtesy of Trading View—Binance