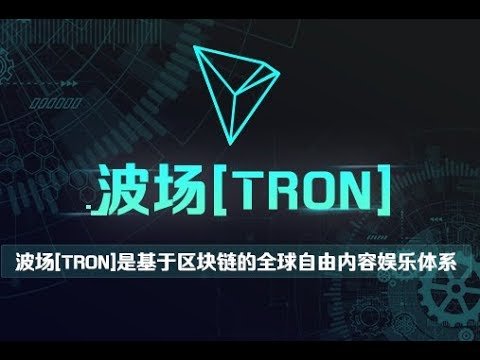 TRON [TRX] rides the increasing wave of altcoins as bitcoin stands back and watches them play. Upon possible partnership ‘teasing’, the pair TRX/USD goes through a price rocketing and reaches the top players in the list by market capitalization.

In the beginning of the day [Jan 4], the altcoin TRON [TRX] performed a climbing chart of 130 percent against the US Dollar, with it reaching the 9th place by market capitalization. 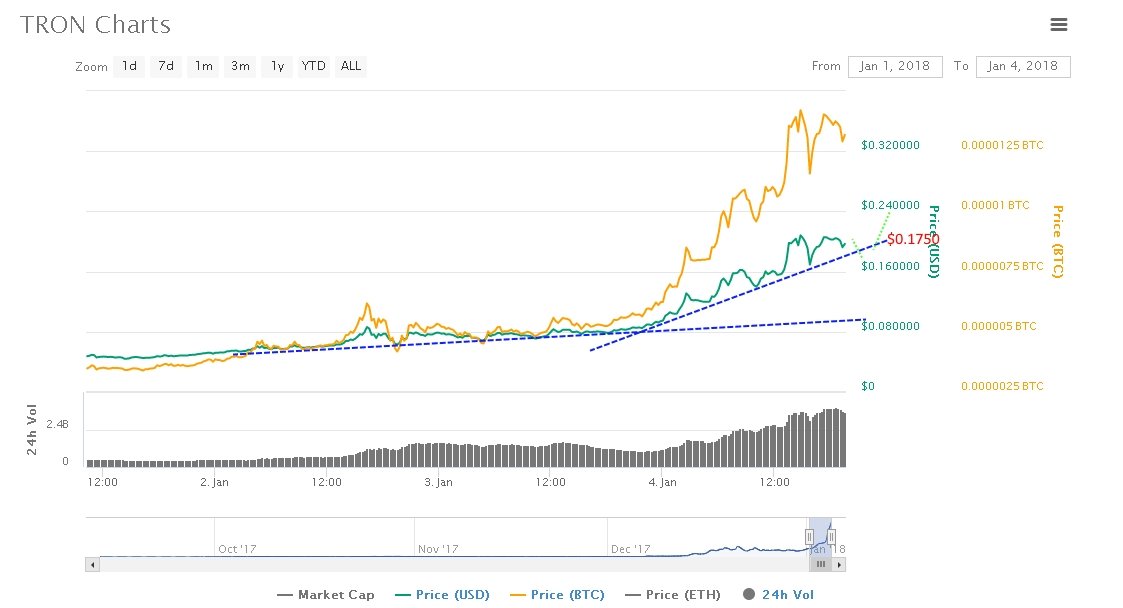 Source: coinmarketcap [forecast will depend on the general outcome for altcoin at the end of the day or the very near term]

On the hourly chart, the pair TRX/USD faced offers after ascending to the levels of $0.2080 for the first time marking a new record value so in turn bears took control and for the moment a pullback is taking place that could be considered healthy for the market after such surge. Two supportive-bullish trend lines are formed in the daily chart of TRON price since the beginning of the year, with one holding up ground from any losses below the $0.1650 level which could be a balancing point for sellers and buyers until the next move takes place which could conclude the day with a dip or a continuation of gain.

For starters, the above mentioned cryptocurrency introduces itself as a blockchain-based protocol made for the entertainment industry; a platform for content distribution in which TRON’s native token, TRX, is circulated.

Justin Sun, Tron’s founder, had earlier tweeted about the prospect of several partnerships in the coming year. Sun is a protege of Alibaba Group Holdings Inc. (BABA) founder Jack Ma and, according to rumors, that the company may announce a partnership with the e-commerce giant later this year.

More partnerships are coming! Even #NASDAQ listed companies and the giant companies with more than 100 million users started to contact us for partnership. We will be huge soon! #TRON #TRX $TRX

Another follow-up came right away as the co-founder twitted that another partnership will be announced the upcoming week.

We will announce our partnership with a very prestigious public listed company next week. Looking forward to it!

Do not be alarmed if you just stepped in and the value is taking downward turns as the gain should be appreciated and offers are being made for near term traders to profit. Any trading ground above $0.1000 is very much welcomed at this point so lets see if the quick rise dips even quicker or balances its position.