The thirteenth largest cryptocurrency by market capitalization TRON (TRX – $2.5 bln) has been taking center stage in the coin-show many times in the recent weeks. The much aspiring projects targets building a solid infrastructure for a true-autonomous internet. 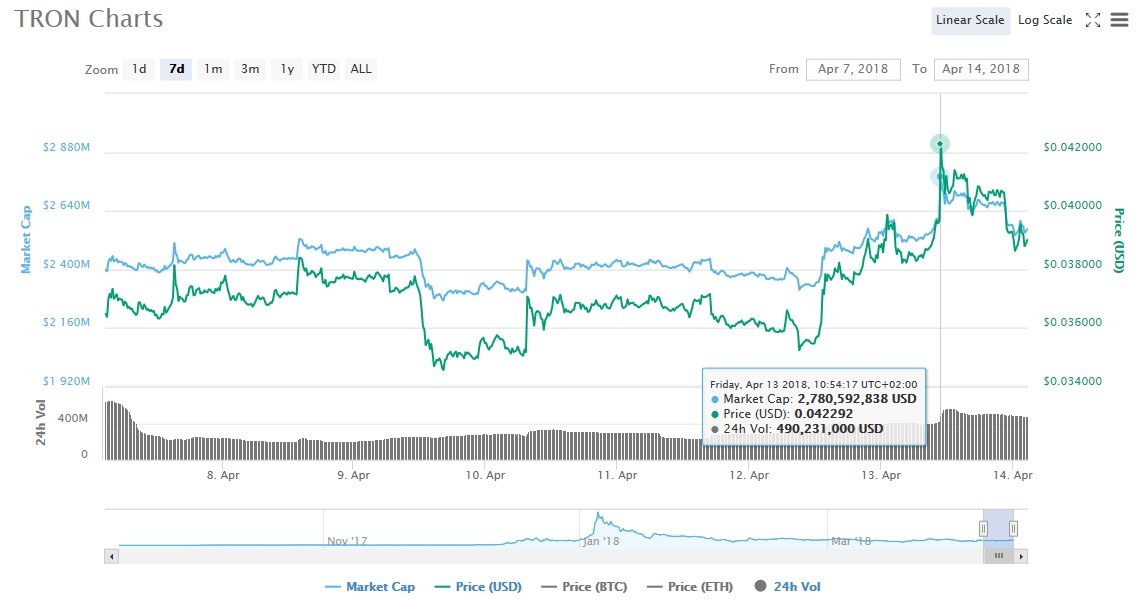 Being one of the largest blockchain-functioning platforms in the world, the Tron Protocol is famous for its characteristics like high availability, high quantity support that acts as the foundation of all dApps on the network, and its scalability.

For starters, the platform represents an autonomous media sharing ecosystem which is build and developed on the very attractive blockchain technology. The team behind TRON has envisaged the vision of creating an entertainment platform which would give users the option of freely publishing, maintaining, possessing, and storing their own data. Users will also be given the option of transacting virtual assets through autonomous self-governance.

With no major issue met, TRON as a project and solution is working very smoothly as planned by the team, and accordingly these technical developments were confirmed and achieved for the network:

Features and upgrades that are still on the progress of getting ready and being developed are: new functions that do make it possible to view blocklists, transaction list, account transaction behavior list,  the design of the reward mechanism of voting and The logic of the irreversible blockchain synchronization.

Albeit of the contrivances and turbulence which includes the loggerhead between Tron and Ethereum, and the bearish crypto market which really affected Tron, the cryptocurrency, within 7 days of the Test Net launch has increased it’s tentacles to 31 countries with 2500 nodes. As such, this has stirred increased confidence from its users and investors.

There has been several Tweets between Justin Sun and Vitalik Buterin, with a recent one from Sun claiming that Tron is better that Ethereum in 7 ways.

On April 2nd, the TRON technical team gave an interview to a We-media journalist. In this interview, the details of the TRON public chain and services were introduced. There was in-depth talk about issues like the comparison to other teams, expansion of the crypto ecosystem and the lower public chain.

After three years of hard work at Hupan University, Tron’s  (TRX) Justin Sun can now be considered as a graduate of the institution that has Jack Ma as its Principal.

It is with premise that one can see the significance of Justin Sun’s achievement at the University. On the afternoon of March 26th, Sun submitted a graduation thesis titled “the Birth of a Decentralized Internet’. The thesis provided a detailed look into his thoughts through his experience in the blockchain industry and how it will evolve with time.

Sun also updated his mentor, Jack Ma, about the progress of the Tron project. He also let him in on future developments and plans.