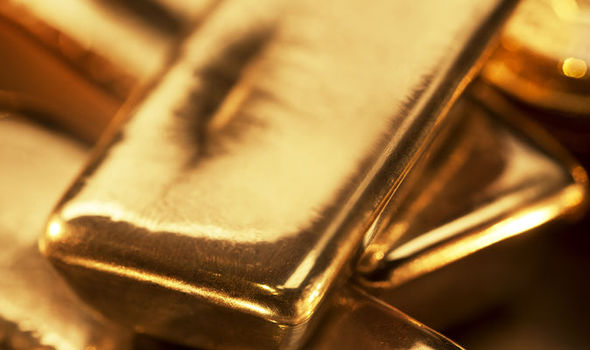 The UK’s Royal Mint has canceled the launch of its gold-backed cryptocurrency after its failed partnership with Chicago-based CME Group. The government denied other plans to trade the tokenized gold assets on a cryptocurrency exchange.

UK’s Digital Gold Project is Dead in The Water

According to reports by Reuters, the planned project called Royal Mint Gold (RMG) was to launch in 2017 initially. However, CME which ought to offer a trading platform for the tokenized gold pulled out last minute.

The Royal Mint and CME partnership was announced in 2016 to create the RMG. The RMG was to be a digital record of gold ownership stored in the Royal Mint’s vaults. CME was to develop and operate the token’s blockchain-powered trading platform. The initial RMG offering was to be $1 billion worth of gold.

Anonymous sources in CME Group claim that a change in the financial market company’s management is responsible for the company’s change of heart.  Under the former control, the company actively pursued digital technology innovations, investing in some fintech start-ups.

In a bid to keep the project going, the Royal Mint rescheduled the launch for spring of this year and approached the country’s Finance Ministry for approval to partner with a cryptocurrency exchange. The finance ministry denied the request. The British government’s unwillingness to partner with a cryptocurrency exchange underscores government’s uncertainty towards digital currencies.

Following the failed partnership and the refusal by the government, CEO of the Royal Mint Anne Jessop shut down the RMG project.

The Quest for Gold-backed Cryptocurrency

Digital innovation is gradually creeping into the gold market. Despite the Royal Mint’s failure at launching its gold-backed digital asset, some private companies have delved in, issuing gold-backed tokens and blockchain-powered supply chain platforms for the precious metal.

The underlying aim of these ventures is to offer digitized gold as a new asset class to investors.

Emergent Technology (EmTech) created a digital token backed by gold on its blockchain-powered supply ecosystem. The token named G-Coin serves as certificates for physical gold passing through the company’s Responsible Gold supply chain platform. Each G-Coin is reportedly equivalent to one gram of Gold.