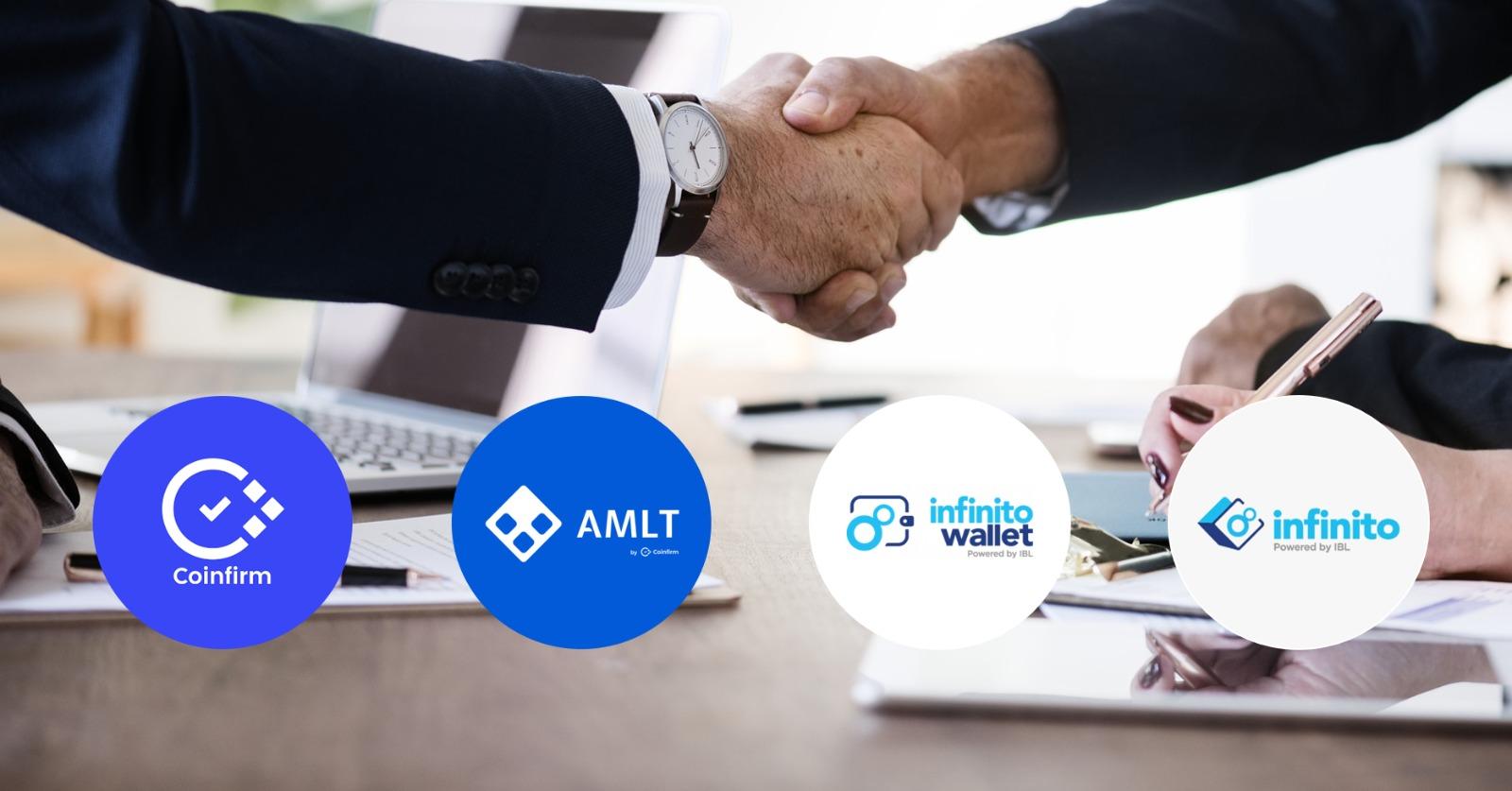 Infinito and Coinfirm are setting a new precedent in the industry with the technical integration of Coinfirm AML Platform into the universal wallet for the widest range of coins and tokens on the market, Infinito Wallet. This integration between the two industry leaders will help prevent the circulation of funds originated from illegal activities such as hacks and scams, thus protecting both businesses and consumers involved in crypto transactions. 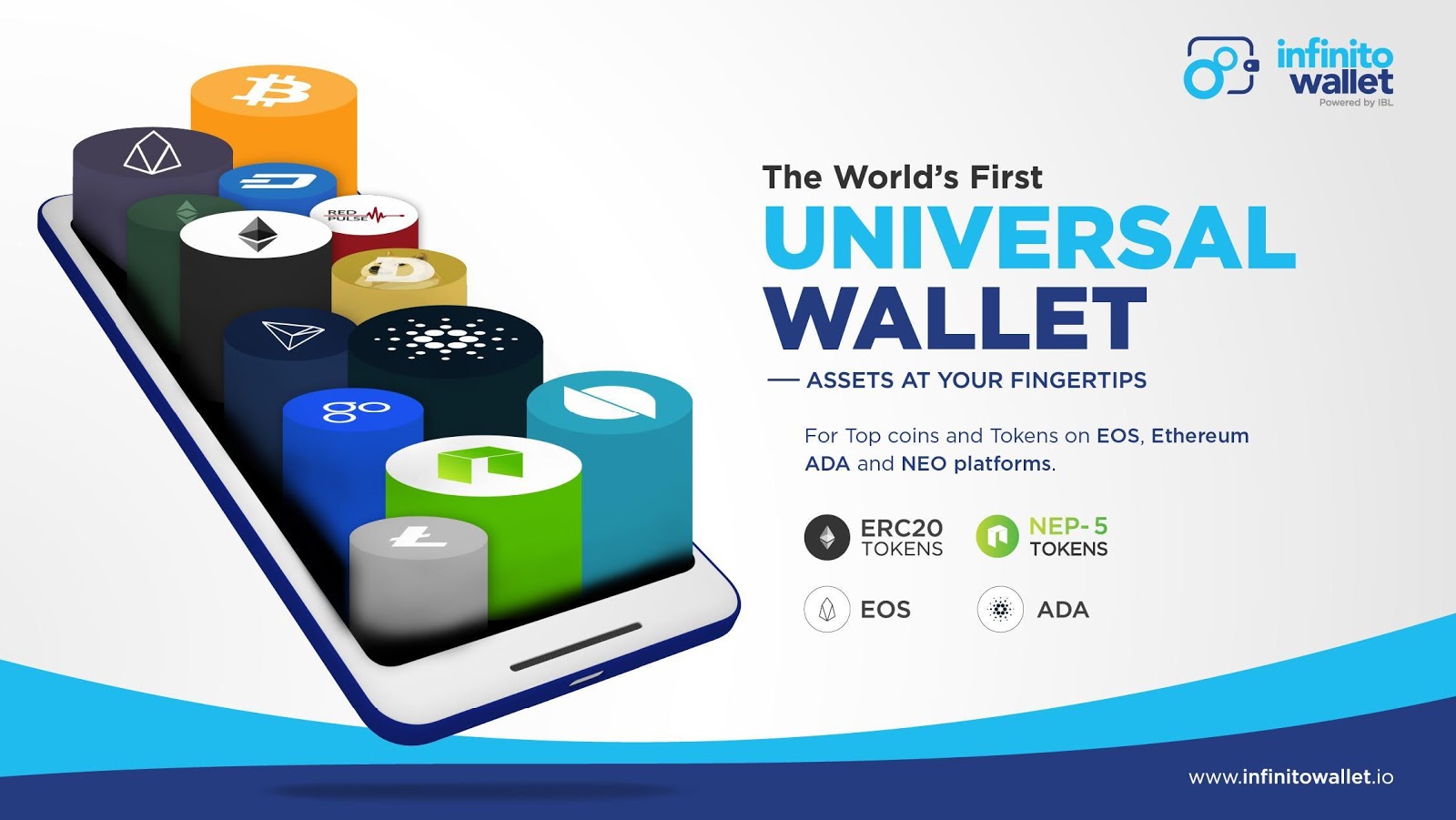 The cooperation between Infinito Wallet – the leading Universal Wallet provider, and Coinfirm – the global leader in AML, CTF, and KYC solutions around blockchain, creates an opportunity to popularize AML standards among participants of digital markets and raise their awareness of the threats resulting from illegal activities in this market. Before each transaction, Infinito Wallet users can quickly estimate the risk associated with it by generating a report that analyzes over 200 risk indicators. The main indicator is Coinfirm’s “C Score”, reflecting financial risk, is calculated on the basis of proprietary algorithms and risk scenarios. Confirm’s database is constantly updated with an increasing amount of analyzed and verified data and the company is constantly analyzing close to 10,000,000,000 transactions between over 500,000,000 addresses, from which almost 19,000,000 are flagged in Coinfirm’s system. Download Infinito Wallet, the leading universal wallet supports leading coins such as Bitcoin, Ethereum, ADA, Bitcoin Cash, EOS, NEO, Litecoin, GAS, Dash, ETC, and Dogecoin along with tokens of ERC20, NEP-5, and EOS standards. 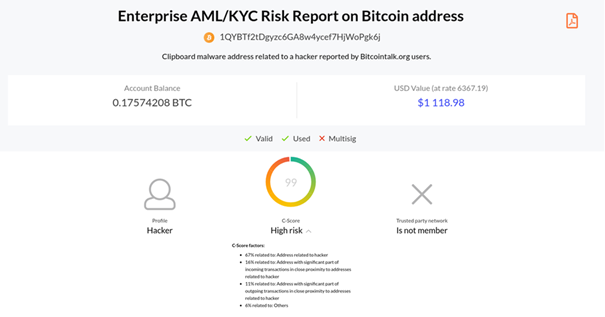 Not only reports, but also reporting

Infinito Wallet users will be able not only to run reports but also reporting suspicious addresses and contribute to Coinfirm’s database, thanks to the integration of Infinito and Coinfirm’s AMLT Network, tied directly with AML Platform. If delivered data is verified as legitimate, the wallets related to actions mentioned earlier are flagged to warn other users of the risk. Users that deliver legitimate data are rewarded with AMLT tokens, that can be used to purchase reports via the Coinfirm AML/KYC Platform. Coinfirm’s token, AMLT, has already been added as a native token to the Infinito Wallet.

Infinito builds the integrated infrastructure for dApps, blockchain services, and token holders that enables blockchain mass adoption for business and consumers – Infinito Ecosystem. Meanwhile, Coinfirm provides expert AML, CTF, and KYC solutions around blockchain. Together, Infinito and Coinfirm work to enable the safe use and adoption of blockchain tech, bringing this now-niche but growing and promising tech to the mainstream.

“By tightening cooperation with Infinito and thanks to the popularity of Infinito Wallet, we can effectively promote a safe model of using cryptocurrencies and at the same time increase the awareness of users about the threats resulting from the illegal activity of some market participants. This cooperation will also help us to create an even more extensive transaction base and more effective tracking of funds from illegal sources”.

Coinfirm serves as a foundation for the safe adoption and use of blockchain. The Coinfirm AML/CTF Platform uses proprietary algorithms and big data analysis to provide structured, actionable data that increases efficiency, reduces costs and streamlines compliance to near automation. A recognized leader in their field and among the most influential blockchain and reg tech companies, the blockchain agnostic platform benefits not only companies operating around blockchain but also major financial institutions, asset management, and BI companies. In addition, Coinfirm develops dedicated blockchain solutions such as their data provenance platform Trudatum, currently being piloted for adoption by multiple financial institutions. Trudatum is an easy to use blockchain solution to register and verify the ownership and authenticity of any type of document, file, or data.

Registered in Isle of Man, Infinito is an expert in the blockchain domain with a team of 70 committed members including professional developers, designers, researchers, business, marketing, and customer support specialists, along with an expanding, top-grade partner network. With the vision to be the ultimate blockchain ecosystem that enables blockchain mass adoption for businesses and consumers, Infinito creates an integrated blockchain infrastructure for dApps, blockchain services, and token holders – Infinito Ecosystem, where all parties from consumers to businesses benefit from one another’s innovations and fulfill individual needs. At the heart of this blockchain ecosystem is the industry-acclaimed Infinito Wallet Universal Wallet, through which Businesses and Consumers connect and prosper with blockchain.