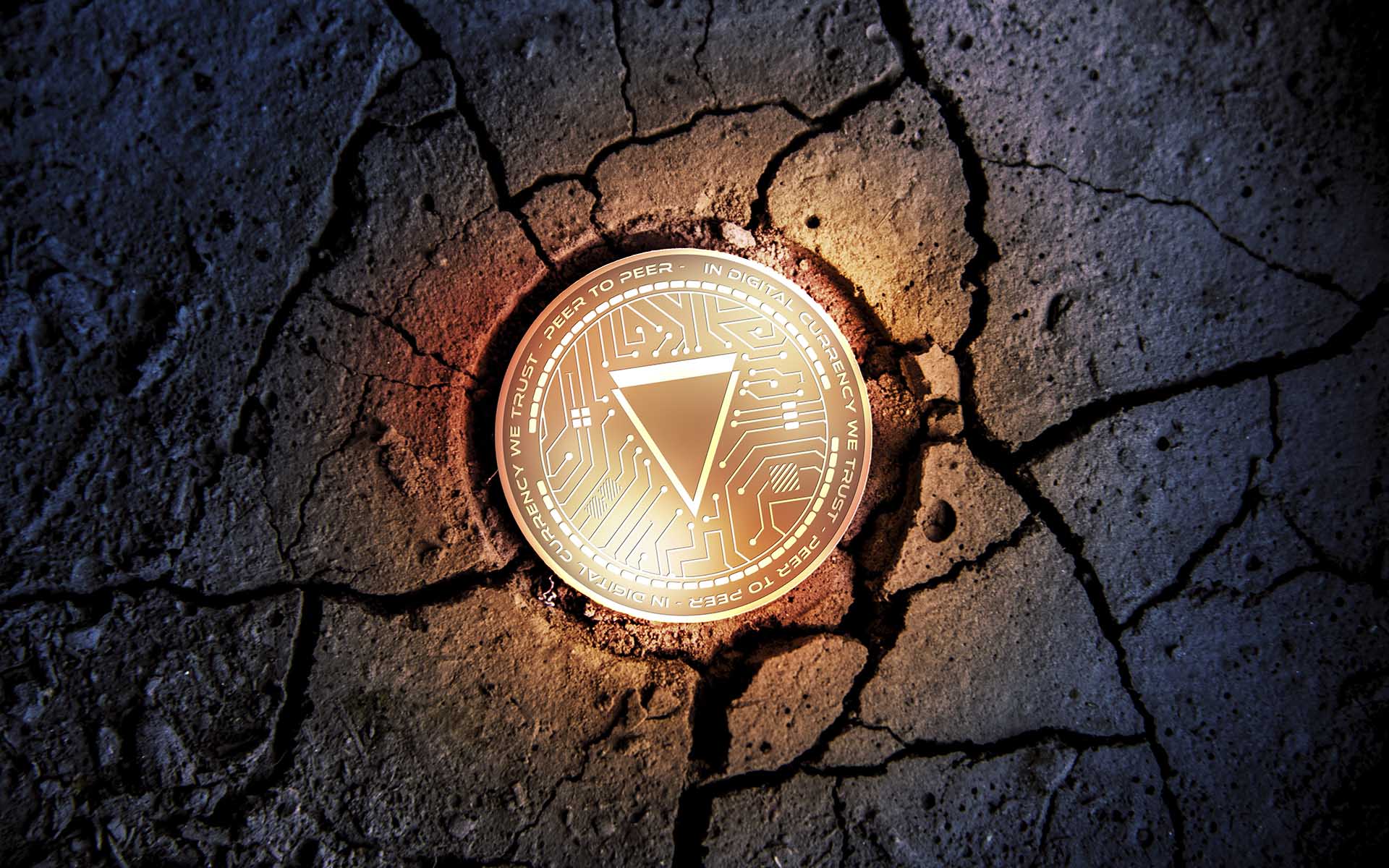 As the cryptocurrency market had a very good run the last few days, with the weekend being the end-cake, various coins were able to move above important levels that were tanked by sellers. One that is standing out this Monday morning with a promising value development is the pair XVG/USD – Verge.

As mentioned above leading virtual assets in the top-ten list by market capitalization were able to pass by levels at which sellers were tanking any further gain. Per time of writing BTC/USD is well standing at $6,623.65 and its silver-counterpart LTC/USD made it above $60.00. XLM/USD and especially XRP/USD had a stellar week impressing crypto-enthusiasts all around the crypto-verse.

Verge XVG/USD is welcoming double digits in the start of the week standing at $0.0170 with almost 16.00% increase in the last 24-hours. Major move took place by the promising and popular coin as the declining trend that is present since July has been cleared on the 30th of Sep at $0.01485 opening gates for more incoming increase while possibly forming a supportive ground to continue. 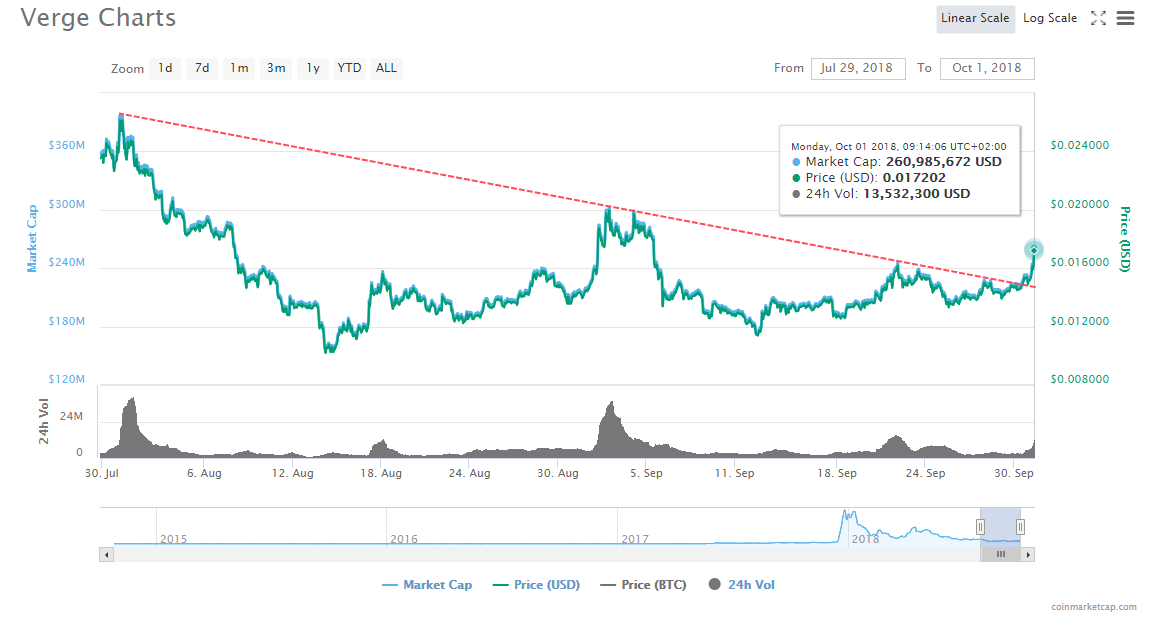 The most essential thing about XVG is that it’s a currency built upon the concept of increasing mass adoption. When you scrutinize some of Verge (XVG) partnerships, you will realize they are about mass adoption. It is highly private, providing business organizations and individuals with a choice for sending and receiving payments instantly.

– Mid of September the crypto and blockchain community was made aware of a bug in the Bitcoin Core code. The vulnerability impacted versions 0.16.3 and 0.17.0rc4 of the code behind the leading blockchain network. Later it was followed with an analysis which concluded that developers were keeping the details secret of the bug. In late June, the team at the Verge project had announced that they were upgrading Verge’s codebase to Bitcoin Core v.0.13 which would follow with the 0.17. Relating to the case, Marpme [nick-name of one of the core developers] added that the coin as unaffected by the vulnerability.