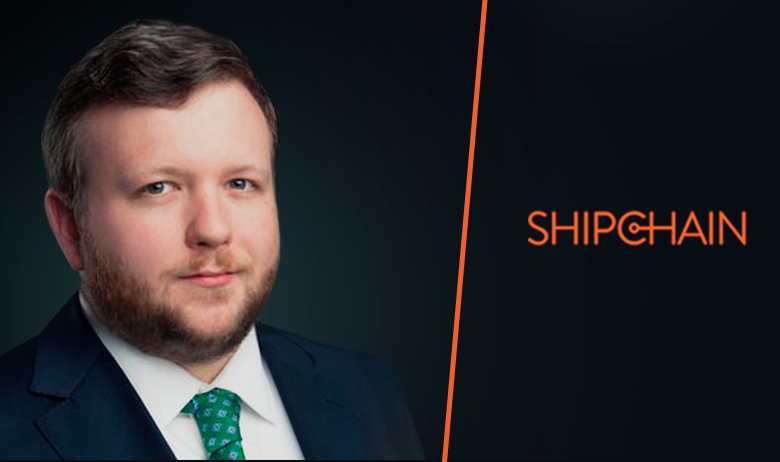 With John Monarch at the Helm, Shipchain Looks to Steer a New Course in Freight

Blockchain represents an inflection point for the world, similar to past technological revolutions brought on by the internet and widespread smartphone use. Already there’s talk that the banking system will be fundamentally changed, as well as other major areas like real-estate, education, and advertising. Because of the technology’s distributed, decentralized nature, the potential exists to improve security while at the same time lowering costs and spreading power out more evenly.

But few industries stand to benefit more from blockchain disruption than freight and shipping. Despite an estimated value of $15.5 trillion (by 2023), it’s done a very poor job of keeping up with technological progress. Because of a lack of unified track and trace, it’s hard to know where packages are as they make their way across the globe. This lack of data means that if goods are damaged, go missing, or are stolen, it’s hard to find whoever is responsible and hold them accountable. The supply chain is long and complex, and its easy to defer blame or plead ignorance. The lack of communication along the chain also means that brokers can charge exorbitant fees simply to act as middlemen.

With a value of over ten trillion dollars, it’s no surprise that many companies are working to implement blockchain technology into freight and shipping. Most are taking a piecemeal approach, developing solutions only for track and trace, for instance. The only company working on a top-to-bottom transformation is ShipChain, led by its CEO, John Monarch, and a team composed off some of the most sought after talent in the blockchain space.

Monarch is no stranger to the shipping industry. Direct Outbound, of which he’s also CEO, is a fulfillment and third party logistics company based in the United States. The company takes the same holistic approach as ShipChain, incorporating as much as the business under one roof as possible, including customer service and B2B tech support. An early adopter in the crypto community, he was among the first to recognize that the technology underpinning the bitcoin had a lot more potential than the currency itself. His willingness to venture out onto the cutting edge, coupled with frustrations with the shipping supply chain he experienced at Direct Outbound, planted the seed for his current endeavor.

In the beginning of 2018, ShipChain launched an ICO which sold out during its presale, raising $30 million for the company. Development of the platform on the Ethereum blockchain has continued apace since then, the only hiccup a Cease and Desist order that has since been vacated. (LINK) According to Monarch, the infrastructure of the platform is in place, and the four principle smart contracts are in various states of completion and testing. In short order, developers will be able to build on the platform as with other Ethereum-blockchain based companies. The web platform, known as ShipChain Portal is also underway and undergoing internal testing.

Once all is up and running, ShipChain’s tech will have a sweeping effect on the freight industry. With a user interface installed (accessible via web or mobile) users can use the blockchain to make business contracts with each other, eliminating the need for brokers and their costly fees. Shippers and carriers, once separate, will now be able to deal with each other directly. This benefits small and medium sized companies who are dealing with smaller profit margins, and need to reduce costs wherever they can. The little guys will also benefit from the added security and accountability the blockchain brings to freight.

Hardware sensors, designed by ShipChain, will accompany goods as they move from warehouse to port to mode of transportation, delivering a steady stream of data to the blockchain. Once the records are digitally inscribed, they can never be changed, thanks to the technology’s immutable nature. This is quite an improvement over the current state of the supply chain’s record keeping, much of which still relies on old fashioned paper and pen. The $30 billion lost goods problem the industry currently has will be a thing of the past, and thanks to a reputation system built into ShipChain’s platform, users will know which carriers to avoid when shipping their products.

One of the reasons logistics is such a mess in freight and shipping is that the industry relies on a scattered mass of individuals to make everything work right. The blockchain has the power the bring those people together and turn them into a finely tuned machine of commerce. And with John Monarch and ShipChain leading the way, that destination is closer than ever.