Ripple’s XRP continues to expand as a cryptocurrency for all types of users, proving that it can be beneficial for players beyond the traditional clients within the financial system. In a strategic decision, Travala, one of the most important hotel bookings platforms in the crypto ecosystem added official support for XRP as a payment option. 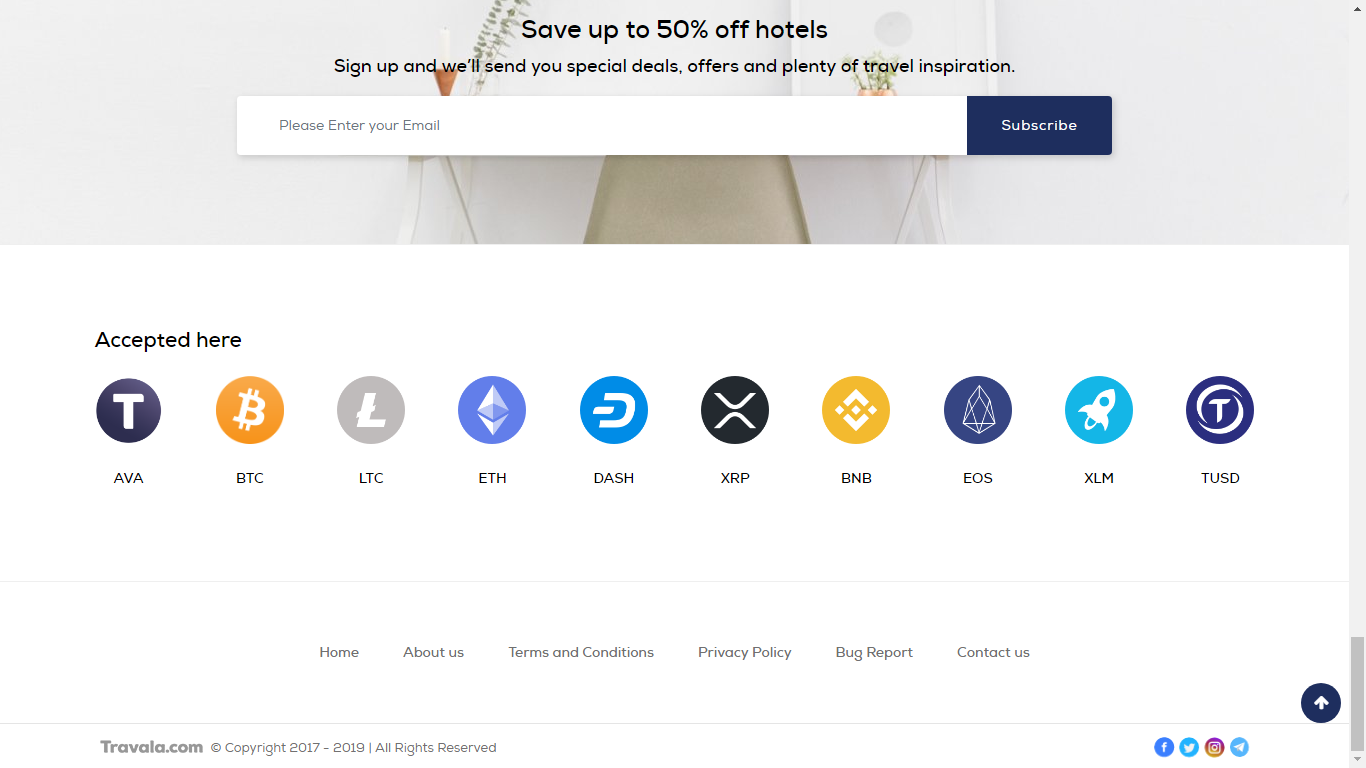 The platform, known to many as the Expedia or Airbnb of crypto, recently expanded its catalog of offerings to more than 550,000 properties available for booking in more than 210 cities around the world:

This will be the first of a series of posts digging a little deeper into the features and updates for the new release. #travel #hotels #blockchain $neo $AVAhttps://t.co/afi1YsORkW

With this announcement, XRP becomes the last cryptocurrency to be listed by the platform, joining other options such as BTC, LTC, ETH, DASH, BNB, EOS, ELM, TUSD and Travala’s native token AVA, which has had a bullish streak during the last week, going from 1743 sats to over 3800 sats in the last 30 days according to data from coinmarketcap.com 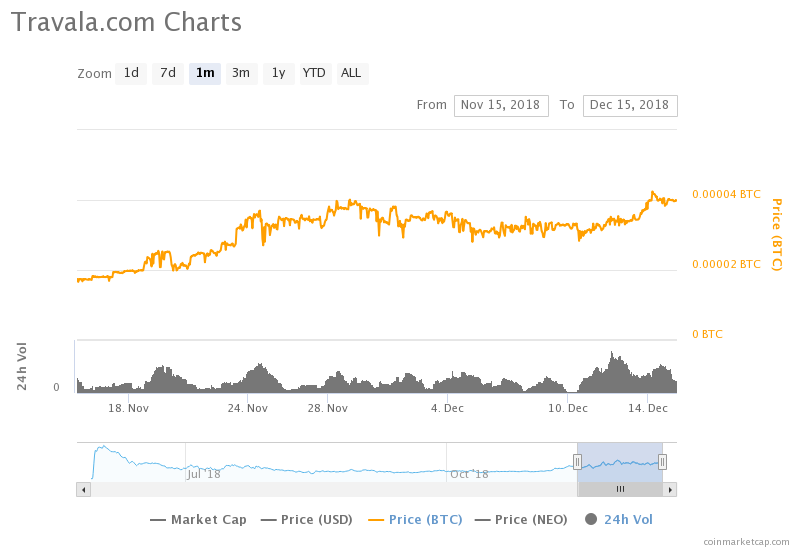 The platform’s crypto marketplace started operating in July, powered by the blockchain platform NEO. Until now no further details have been revealed regarding the number of financial operations carried out on each token.

Also, it is important to note that Travala’s token AVA, was listed by KuCoin on December 11 with BTC and ETH and pairs. Travala’s team explains that AVA makes it possible to increase the transparency of this platform:

As a Next-gen Online Travel Agency (NOTE), fundamentally changes the relationship between the consumer of the future and their travel shopping.

So far, the Ripple team has not provided significant statements in this regard, however, given the effort and the expansive vision of its team of developers it’ s understandable that the popular blockchain is used daily.

XRP is currently in an area of relative stability, successfully testing the strong support around the 888 Satoshis. According to coinmarketcap figures, the RSI could be attractive for potential new buyers; however the MACD at 4 hours still shows no signs of a reversal of the bearish trend of recent days.

Why Has Ripple Succeeded on Such Bearish Times?

In a recent interview for Tech portal PCMag, Asheesh Birla, Senior Vice President of Product Management at Ripple, talked about his perspectives about the current situation of the cryptomarkets and why the price of a token is not as important as many people think.

For Mr. Birla, this is just one more of many phases, and the bearish market will be healthy for the ecosystem because it will help to get rid of useless projects:

This is my third crash now in the crypto-market, and I am not phased by it. The flip side is that sometimes you crash and take out all the folks who are not focused on solving real problems and real use cases. And, I think you are going to see some really interesting companies come out of this next downturn.

Birla believes that one of the reasons behind Ripple’s success and XRP’s rise as the most important altcoin is the pragmatism of the team. Ripple believes that an anti-fiat approach does not work right now:

We decided to work with financial institutions and I think that has paid off, but you also have to think about all the financial requirements and regulations. In 2013 there was that Bitcoin maxim of “we don’t need any of that. We don’t need government or banks or corporations anymore, just Bitcoin.” That approach doesn’t work. Working with financial institutions and regulators is a longer road, but it’s the right one.