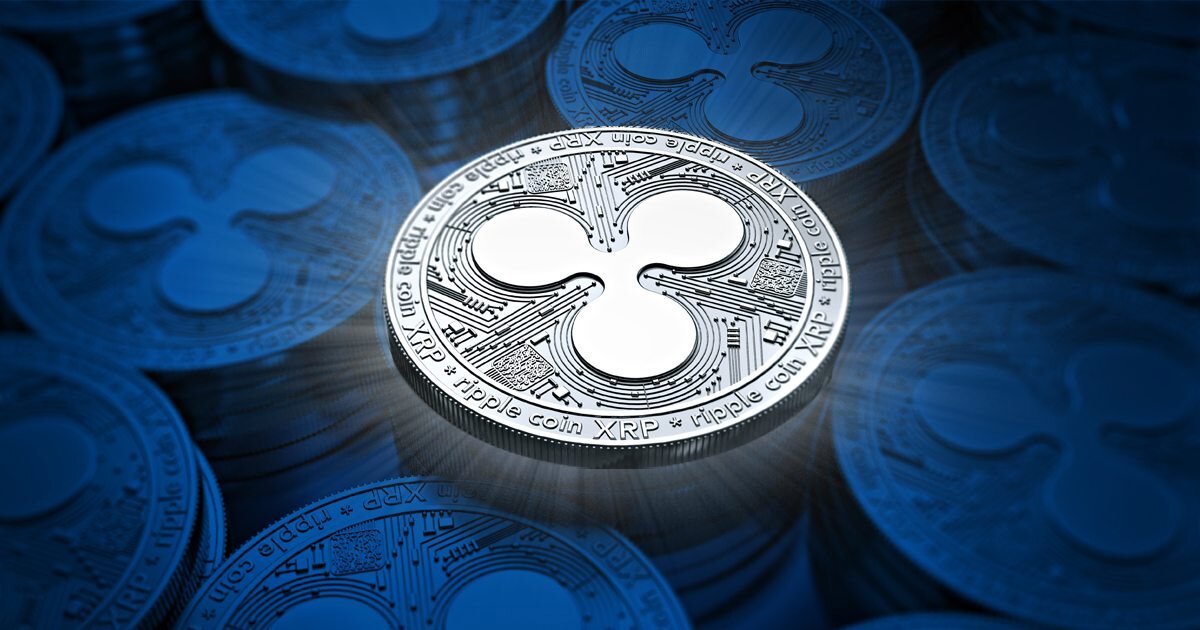 It looks like times of active trading are gone for Ripple. Lately, the digital coin price has not been changing a lot on D1, although there still are some fluctuations on H1. This does not change a lot of things for Ripple anyway. On Friday June 8, it is trading around $0.6697 and going down, says Dmitriy Gurkovskiy, Chief Analyst at RoboForex.

Previously, Ripple was unable to stay above its resistance at $0.6880 and corrected. Over the last few trading sessions, the coin is trading within a tight range, with short bearish attacks. Before the price was near $0.6889, it still had chances for recovery, but the uptrend was not supported, and the price plunged to $0.6800; after a short period of stability, it then continued heading down.

Today the price broke out the important support at $0.6700, which means the local ascending channel that could be conformed is now over. At this rate, the price may continue falling to $0.6500 if the market cannot find any reason for the recovery. On the other hand, Ripple might return to $0.6700, as there are no major reasons for a selloff, and then continue rising to $0.6800.

$0.6500 is currently acting as the key support, while the key resistance is at $0.6880. The MACD on D1 is moving along the trend line along its zero line and is not giving any clear signal. Meanwhile, the Stochastic is in the positives, rising, and still issuing a buy signal. 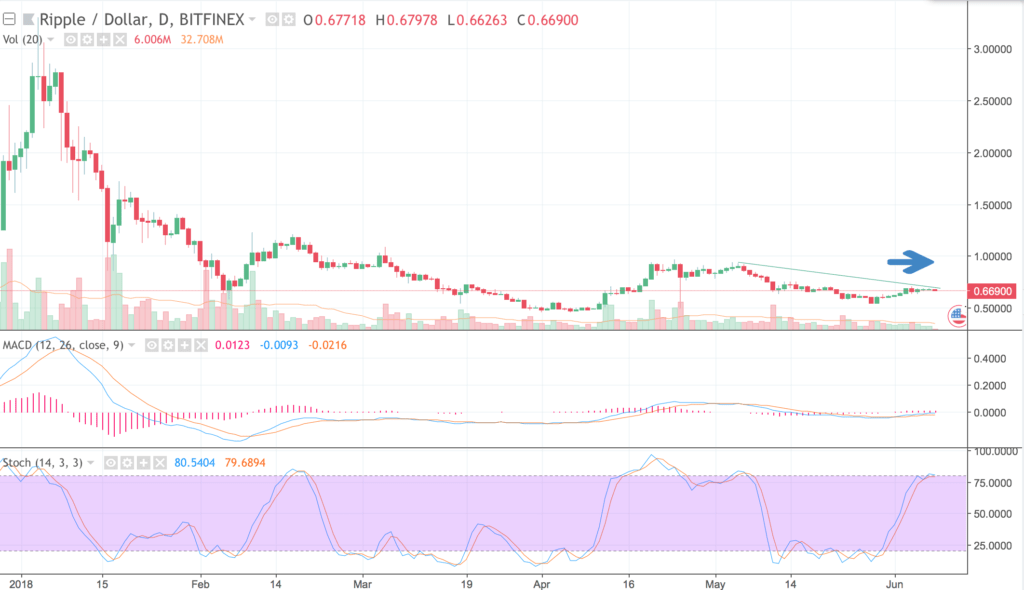 There has been a good deal of news for Ripple lately. All those pieces of news are not related to Ripple directly but are connected with its interests. As such, in late May, it was reputed that Revolut app added both Bitcoin Cash and Ripple. This will attract more users into the network and extend the application of each crypto, too.

On the other hand, Brad Garlinghouse, Ripple CEO, was in the news as well, saying that Bitcoin was unlikely to become the global currency in the future. Garlinghouse compared Ripple and Bitcoin, and the winner, in his opinion, was the former, and not the latter. According to Garlinghouse, BTC networks are much slower in terms of transaction time (around 42 seconds on average, which is currently seen as a low speed). Ripple, in the meantime, is capable of running transactions in just 4 seconds. Bitcoin is still very much in demand because of the volume, but this is going to change in the future.

It is worth mentioning that Bitcoin is not adapted for that huge number of users it is attracting now, and this is why it has some drawbacks that make it fall behind the competition. Garlinghouse says the global cryptocurrency rating is going to change soon, with multiple players at a time leaving.

Any predictions contained herein are based on the authors’ particular opinion. This analysis may not be treated as trading advice. RoboForex shall not be held liable for the results of the trades arising from relying upon trading recommendations and reviews contained herein.