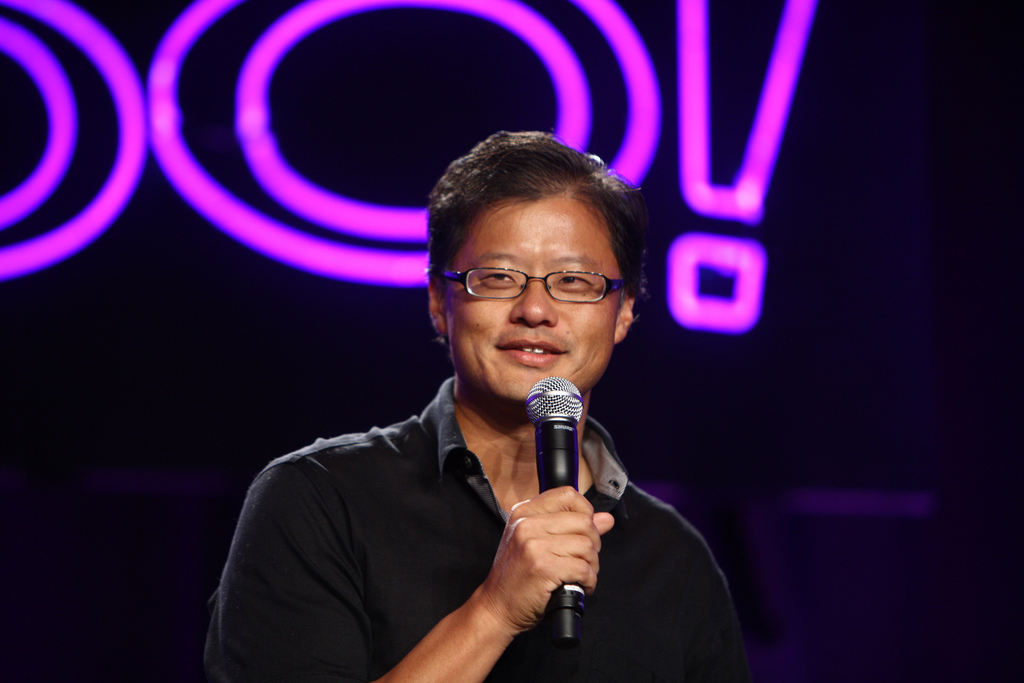 Jerry Yang, the Taiwanese-American co-founder of Yahoo, says, despite crypto hype having yet to turn into reality, that blockchain and finance are a natural fit, according to comments first reported by Finews Asia.

Yang was speaking at the Nikkei Innovation Asia Forum held in Singapore on Thursday, where he took part in a discussion entitled Rising Tides of Innovation in Asia.

But before blockchain can secure the necessary adoption traction, paradoxically, given the technology gave wing to the word “trustless”, Yang says it first needs to build trust.

Although in the reported remarks he did not explicitly explain who needs to trust who, given his observations in an earlier session at the same conference – in which he expounded on what he considers to be the three-sided clash between China and the US in the interrelated spheres of geopolitical hegemony, trade and technology – the trust presumably needs to be established not just with individual consumers or within and between corporations, but between states too.

“Blockchain is a natural technology for banks and trading. If you look at U.S. institutions and banks, the kind of infrastructure that is being developed has long-term implications. For the technology to succeed, the question is can there be trust built? That can open a huge number of doors,” Yang predicted.

Clearly, the starting point for that trust has to be at the level of individual corporations but, as the multiple consortia attests, interoperability and industry-wide standards means that development in isolation eventually has to break out into collaboration between competitors. Those sorts of relationships require trust of an old-fashioned sort, likely cemented by financial incentives and disincentives.

When trust breaks down

Think about the days past, when Google’s Eric Schmidt sat on Apple’s board happily soaking up the plans for the iPhone only for Google to work on an operating system for a similar as yet, at the time, unbuilt touch screen-based device. It’s why Steve Jobs called Android “a stolen product” and trust between the two tech giants broke down.

Schmidt joined the Apple board in 2016, a year before the iPhone was launched, and Apple probably still deeply regrets the appointment.

It is fair to say that one of the drags on the pilots that big banks have been involved in coming to fruition as working products, is the difficulties of agreeing practices and standards between rivals with different legacy infrastructure and levels of technological prowess.

Staying with the trust theme, Yang added: “For applications to get implemented successfully, trust must first be built.”

However, once the trust problem is overcome – a problem that distills into a mixture of confidence in the technology and trust in the ability of competitors and states to cooperate for mutual benefit, then the technology will see lift-off.

“With trust, huge opportunities for the mass adoptions of blockchain will be realized,” Yang concludes.

Speaking at an earlier session, Yang said he saw both positives and negatives coming out of the competitive rivalry between the US and China, a tussle he doesn’t see ending soon.

“It continues to be the accelerator, both for the greater good, and for greater division. There needs to be some sort of mutual assurance and trust, which seems to be deteriorating.”

The unintended consequence of the fight the Trump administration has picked with China is that it will encourage the Chinese Communist Party to double-down on seeking leadership in the technology realm.

Although Yang framed his comments in the context of the US financial industry, blockchain is identified by China as one of the key technologies in its Fourth Industrial Revolution plan, with application way beyond just banks and trading. Indeed, China seems to see those as perhaps the least important sectors, although its big tech companies do have a head-start in areas such as mobile payments.

Blockchain is one of the technologies that China is probably the most confident in establishing a lead over the US, as are the domains of artificial intelligence, internet-of-things and smart cities.

To put it succinctly, it could be argued that China doesn’t have the same problem with ‘trust’ that the West has regarding blockchain adoption, because it can direct the economy from above (up to a point), forcing standards on industries, if it so wishes.

Certainly, some of those emerging standards may appear to thwart distributed ledger development but that is a general misinterpretation by westerners. China has banned exchanges and ICOs not because it wants to kill blockchain. On the contrary, it wants full spectrum control in order to spur development for economic gain not individual empowerment.

The natural fit with finance

Regarding the natural fit with the world of finance, it looks increasing likely that the most successful financial applications will initially be in fundraising and securities trading rather than in back-office cost-cutting that makes the technology so attractive to banks and other financial intermediaries.

Consumer payments is also likely to be an adoption laggard for now, for well-rehearsed reasons.

In an indication of the direction of travel, a number of high-quality security token offerings (STOs) are starting to land on the desks of analysts, this author included. More on that in upcoming Ethereum World News stories.

The other success story, security issues aside, is of course the centralised exchanges for trading crypto.

Yang has been putting his money where his mouth is since he left Yahoo in 2012, going on to set up AME Cloud Ventures.

Yang’s venture firm is an investor in Blockstream. The blockchain company’s lofty goal is to “solve problems that undermine trust in today’s financial systems”.

Yang is a “believer” in bitcoin, although he thinks, as do others, that it has a way to go before it cracks means of payment. Back in 2017 he said:

“Bitcoin as a digital currency is not quite there yet. People are not using it to transact. People are using it as an investable asset. I personally am a believer in where digital currency can play a role in our society. Especially in, not only the front end of doing transactions but also in the back end of creating a much more efficient system and a much more verifiable system”.