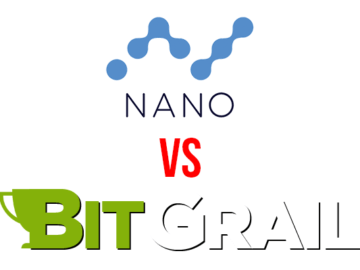 Bitgrail has spoken tough on alleged hanky-panky game played by NANO team after around $195M worth of NANO was carted away by hackers on Bitgrail wallet, saying NANO is only “good on paper”.

The class action lawsuit alleges that, Nano and team, in their action to introduce XRB to a wide market of investors, thoughtlessly made investors to open accounts and place their assets with an unknown and severely distressed, Italian cryptocurrency exchange, BitGrail, where around $170 million of the investors’ XRB allegedly “disappeared” in February 2018.

While trying to absolve themselves, NANO team in a message to the community on the obscene occurrence, stated that it was informed by Francesco “The Bomber” Firano – owner and operator of the BitGrail exchange, stating further that the team has contacted law enforcement, and that the problem lies with Bitgrail.

Francesco Firano, founder of Bitgrail in a medium post highlighted that his team are very close to NANO team, and the later were given access to Bitgrail’s data base for safety and recommendations.

“The NANO team, especially Colin LeMahieu, had complete access to our servers for a while as we gave him direct access to the database and servers. That is how close we worked as a team and as a preferred exchange which they forced me to keep open, despite my constant warnings about the technology and problems we were having for months,” Firano maintained.

He then highlighted Chats confirming he’s always in touch with the team at NANO.

“The following chat is from early December 2017 before NANO reached $37 and a $4.5 BLN market cap is one of the many dozens of chats I had directly with the NANO team as I continually informed them of major issues with their technology and their implementation.”

He went further claiming that NANO team are known for disrespecting Bitgrail.

“The NANO team was relentless in directing users to the BitGrail exchange despite the major issues I had consistently warned them about . They treated BitGrail with disrespect continuously and it was a constant back and forth. Since they were native English speakers, it added an extra layer of trust for them from their social media followers. Sometimes it is difficult to get your point across in a different language.”

Firano, after series of allegation, said he had warned NANO team on some irrelevancies, but they turn deaf ears putting all blames on Bitgrail team, claiming afterward that NANO is only good on paper.

“NANO looks good on paper. There is specifically a major issue with it being extremely centralized because the top 10 users own about 80% of the coins and the problematic block explorer and most major node servers are ran by one group of people,” he said, pointing that NANO is centralized.