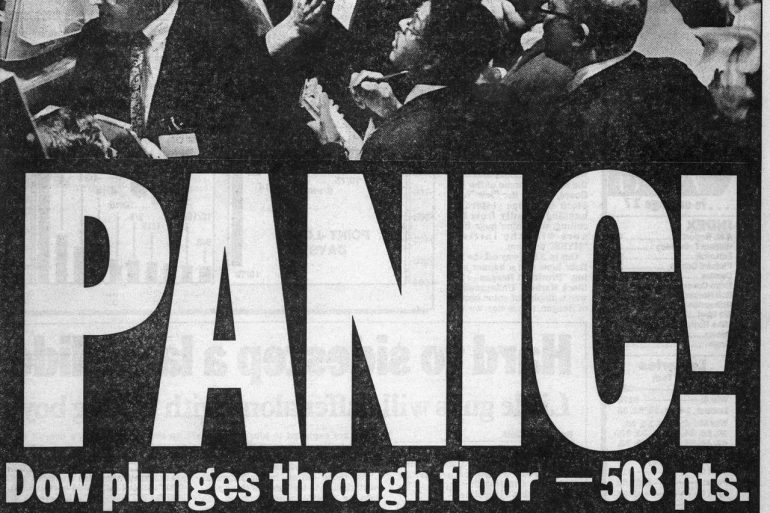 2020 Predicted Big Stock Market Crash; Not For Bitcoin or Ethereum

What to buy when the stock market crashes? Bitcoin? Probably the best option of safe havens.

How to cash in when the markets spiral downwards? Some experts have speculated that institutional investors could seek safe haven in the virtual currencies especially Bitcoin and Ethereum in the future.

So the mathematics for many experts are very simple, as next one “big crash” in stock market is predicted to happen during the next couple of years. The stock market’s inevitable turn is expected approximately by 2020?!?

During the last nine years of rock bottom interest rates, have left overvaluation clearly evident in stocks, bonds and real estate, so even Blue chip stocks like Apple, Microsoft, and IBM are thought to be overvalued and are expected to plunge.

As the saying goes “in a crowded hall, the exit doors are small.”

Mark Faber, the prophetic Dr. Doom himself, recently told CNBC that “investors are on the Titanic” and stocks are about to “endure a gut-wrenching drop that would rival the greatest crashes in stock market history”.

Jim Rogers, who founded the Quantum Fund with George Soros, went apocalyptic when he said, “A $68 trillion ‘Biblical’ collapse is poised to wipe out of their wealth millions of Americans.”

James Dale Davidson is the famed economist who correctly predicted the collapse of 1999 (2000 bubble burst) and 2007 (2008 bubble burst). And if Davidson calls for at least 50% market correction the predictions should be taken extremely seriously.

“The demand for Bitcoin is growing as the crypto market has become less volatile, and an increasing number of professional investors see it as insurance.

Bitcoin Price of almost $10,000 Boosts Crypto Market Value to Record High of more than $300 Billion and from that amount, Btcoin’s market cap represents the lion’s share, accounting for about $160 billion according to the CoinDesk Bitcoin Price Index (BPI).

In the coming months, we will continue to see more institutional and exchange operators, online banking service providers en mass adoption of Bitcoin: JP Morgan Chase, The Chicago Board Options Exchange, Chicago Mercantile Exchange are planning to launch Bitcoin derivatives based on the cryptocurrency in the near future.

LedgerX launched its first long-term options for Bitcoin, with an expiration date of December 28, 2018.

When a stream of institutional investors start investing large amounts of capital into cryptocurrencies, some of the stunning and almost unbelievable predictions made by Bitcoin bulls enthusiasts could well be realized.