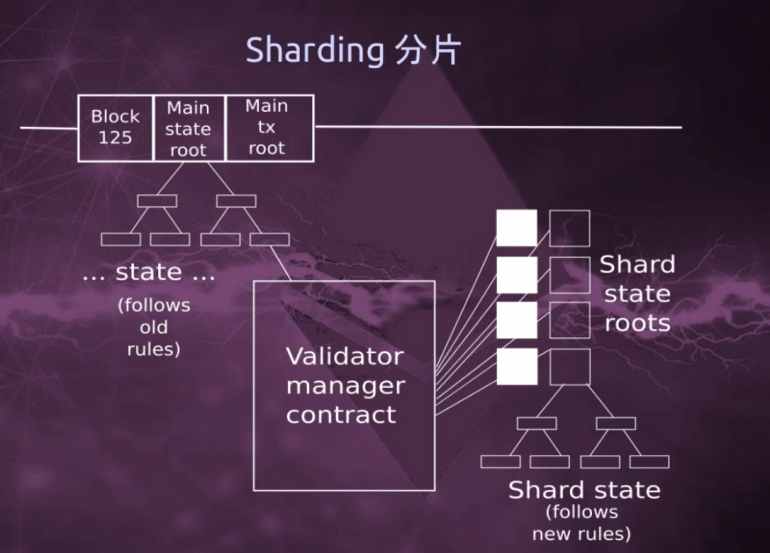 A 2020 Roadmap For Ethereum

This was the opening statement from Ethereum founder Vitalik Buterin at a recent blockchain conference in Taipei where he laid out the future plans for the platform. The comment was in reference to the recent flurry of new altcoins claiming to be Ethereum replacements.

He went on to discuss four areas of improvement for the blockchain software, some of which are already being tackled with hard forks and one which still poses difficulty for expansion of the network. Privacy, consensus safety, smart contract safety and scalability were the areas that needed improvement, stated Buterin. Solutions for the first three have already been envisaged however scalability remains harder to tackle.

New cryptographic algorithms including zero-knowledge proofs and ring signatures were introduced with the recent Byzantium hard fork. These give programmers the tools to build solutions to privacy issues which are three quarters solved according to Buterin, with the final quarter at the protocol level.

Partial privacy was tackled by Byzantium which introduced zk-Snarks that enable someone to hide a transaction from everyone else but also decide who to show it to at the same time. Consensus safety issues will be handled by the forthcoming Casper update and smart contract safety is to be included in a later Viper update. 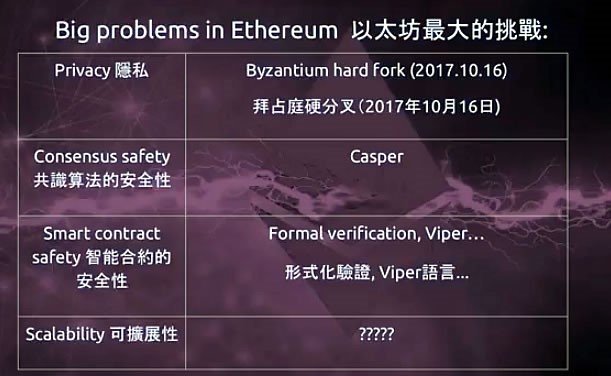 The aim is to have all three working together on-chain and Buterin highlighted how the team is working towards this. The use of a second layer protocol such as Raiden or Plasma will help to scale the chain to thousands of transactions without using masternodes or any centralizing components.

A system called sharding was described by the computer scientist which allows side chains running protocol updates alongside the main chain remains intact. The change in technology would also change the way transactions are validated from the current proof of work system to a proof of stake validation.

Buterin likened it to two worlds, the first which keeps operating at the same level of scalability which is currently limited. And a second world which has its own quadratic scalability rules so that nodes can validate separate shards. At the moment Ethereum has more transactions than all other decentralized public blockchains combined. It has increased tenfold in less than a year so scalability is top of the agenda for the future of the technology.

A three to five year roadmap for the implementation of sharding and new Ether protocols was estimated with rollout being around 2020. Ethereum has a long road ahead but the future is a bright one.