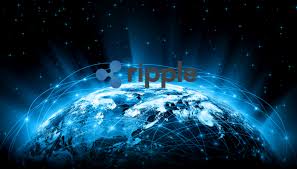 3 Amendments to Ripple’s Code are Up for Voting, Furthering Decentralization

Moving away from the current market turmoil caused from the hack at Coinrail and the investigation on 4 leading crypto-exchanges by U.S authorities, is a list of recent amendments to the Ripple’s revolutionary software known as rippled v1.0.0. The software was released on the 31st of May and is evidently one of the best works by the Ripple development team who had spent 6 years developing the code.

This means that the Ripple ledger was officially released on that day and no longer in the beta phase of testing. The new code is prime for adoption by the numerous banking and money remittance service providers that Ripple has partnered with. To quote one Reddit user known as thekiyote:

This is a fairly big deal since banks and financial institutions are fairly risk adverse and weary about using something that can potentially have bugs and security holes.

This code has since gone through 3 amendments that need to be voted on. A detailed description of each of the amendments can be found below.

Any individual or organization operating a Ripple server, should upgrade to the v1.0.0 version by Tuesday, 19th June 2018, for the amendments to work. Failure to do so, will mean that the ledger version will not be able to carry out some essential tasks.

So how does voting and decentralization work on the Ripple platform?

The Ripple Ledger works via the XRP ledger Consensus protocol. This is an algorithm that guarantees that no single entity on the platform has total operational control of the XRP Ledger. The Ripple team started decentralizing the platform as early as last May. They also updated on the same later on in October through an announcement that stated the following on the 2 phases of achieving total decentralization:

These validators are the ones who will be able to vote for the changes on the XRP platform including the aforementioned amendments of the code.

More on the XRP Consensus Protocol can be found in a review that is available on the Cornell University Online Library.

In summary, and connecting the dots, Ripple’s ledger is coming together to the point where it can be considered as being a fully operational protocol that is secure and stable. What remains to be done, is the total decentralization of the platform as well as a continual checking of bugs. The latter has been accelerated by the existence of a Ripple Bug Bounty program.