At Least 30% of All Brazilians Are Interested in Crypto Investments.

Cryptos continue to make their way into the world of finance becoming more and more popular. Not only are they a mechanism used by anarchists and tech savvy people, but they are now increasingly used as financial tools by ordinary users.

This is extremely important for the consolidation of cryptocurrency as a revolutionary alternative to the traditional financial system, given that its advantages are becoming increasingly evident to the general public.

Not Only Brazilians are Informed About Cryptos, They Are Also Interested in Owning Cryptocurrencies

A study conducted by the cybersecurity company Avast and sent to the Bitcoin oriented brasilian website Portal Do Bitcoin, revealed that about 30% of Brazilians are interested or plan to invest in cryptocurrencies in the near future. 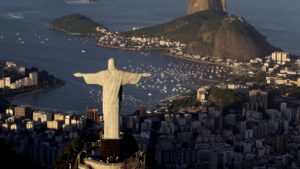 The survey was carried out on a total of 1900 individuals during the month of April, and although the study was carried out in compliance with certain statistical standards, despite having randomly chosen subjects from different social strata, 84.36% admitted to being familiar with cryptocurrencies.

This is another extremely relevant fact, since it allows the conclusion to be drawn that in a country as heterogeneous as Brazil, catalogued as one of the world’s leading emerging economies, the fact that almost 90% of its population has some knowledge about cryptocurrencies could facilitate a massive adoption in the near future.

Avast being a company focused on the cybersecurity aspect, focused the survey questions on issues related to this area.

Brazilians prefer to view their websites with ads rather than “lending” their processing power to cryptomining. 44% of respondents agreed to websites using their computers to mine in exchange for an ads-free experience.

In relation to scandals related to illegal or nonconsensual miners (such as the famous malwares and extensions used to mine Monero XMR), 86.6% of those surveyed expressed concern about being infected. The rest do not give it much importance; however, of this 13.4% almost half think it would not affect them because they do not own any cryptocurrency.

The Brazilian market is of special importance for the regional development of South America. Brazil handles much of the Gross Domestic Product in the region.

Despite not having special support from financial institutions, a large part of the crypto and blockchain related projects consider Brazil to be an important market niche to expand their operations on a global scale.