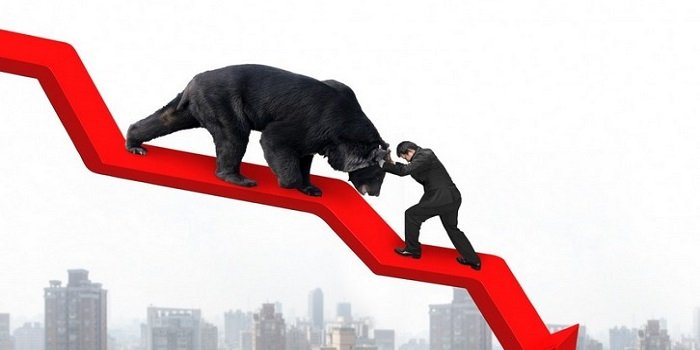 A Quick Analysis Of The New Lows By The Big 5 (BTC, ETH, XRP, BCH, LTC) In The Crypto Markets

As we enter the fourth day of a turbulent cryptocurrency market, it is worth analyzing the extent of the decline that has affected the top 5 known cryptocurrencies of Bitcoin (BTC), Ethereum (ETH), Ripple (XRP), Bitcoin Cash (BCH) and Litecoin (LTC).

Starting with the King of Crypto, BTC is currently trading at $6,586 at the moment of writing this and down 4.17% in 24 hours. The last time BTC was at this level was on April 1st when the cryptocurrency markets were hit by another decline during April Fools Day. BTC managed to dip to levels of $6,573 but would later complete the month of April at the levels of $9,200.

Shifting attention to Ethereum, the King of Smart contracts is currently trading at $495 and down 7.25% in 24 hours. However, ETH has seen worse days. The same fate that met BTC on April Fools day, is the same that Ethereum faced. ETH was valued at $377 on that day and would complete the month of April also on a high note of $670. This then might imply that there might be a trend to be noted.

Analyzing our favorite remittance coin of Ripple, XRP is currently valued at $0.556 and down 6.51% in 24 hours. The most recent lows for XRP was also experienced in the early days of April when the coin was valued at $0.47. The coin would later complete the month of April at a level of $0.94. Perhaps there is a pattern?

Moving over to Litecoin, LTC is currently valued at $99 and down 7.20% in the last 24 hours. Zooming in on the value of the coin in early April, yields the conclusion that LTC managed to stay afloat at $110 levels back then. Going further back in time, we find that the current levels of LTC were only seen in the first days of December. This means that this is a new low for Litecoin in the crypto-markets this year.

Going back to the April levels of LTC of $110, the coin would later peak at $179 on May 5th indicating that there is indeed some hope.