After Rejecting Litepay, Mastercard Patents Its Own Blockchain Technology 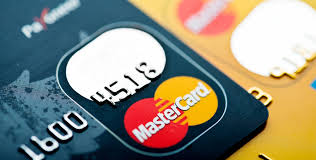 Blockchain technology is gaining traction amongst mainstream financial service providers as the technology guarantees security, decentralization, cheaper transaction fees and faster ways of sending funds across the globe. Mastercard has also not been left behind in these developments. This is after it was rumored as being one of the payment card providers that refused to support Litecoin (LTC) and its Litepay project.

Mastercard has filed a blockchain system patent to store and verify identity data. The patent application was published on the 12th of April this year. In the abstract of the patent application, the team at Mastercard describes the patent in its intricacies. The team states that traditionally, proof of identy had been provided via government identification, credit cards and business cards and that such proof may be inaccurate or fabricated through fraud. They propose that there is a need for a technical solution to provide for the immutable storage of identity and credential data in a secure and verifiable manner.

This news is less than one month after Mastercard declared it had no interest in any cryptocurrencies unless they were backed by a Central Government somewhere in the globe. Ajay Banga, the CEO of Mastercard had been quoted as labelling all other cryptocurrencies without government backing as being ‘junk’.

The patent application proves that most financial service providers back the technology of blockchain but still continue to be against the current and major cryptocurrencies in the market. Perhaps this is a case where the big financial institutions are a bit afraid of the potential of crypto, that they want to talk ill about them. They would then proceed in launching their own technology on the blockchain and marketing it to the masses.

Litepay was a good idea and had planned to revolutionize crypto by allowing owners to use them for day to day transactions like the regular fiat and debit or credit cards. Users were to load their LTC onto the Litepay cards and use them for regular transactions. The currency conversions were to be done by the service in the back-end software. Price predictions before the Litepay cancellation had even put LTC at $1,000 by the end of the year.