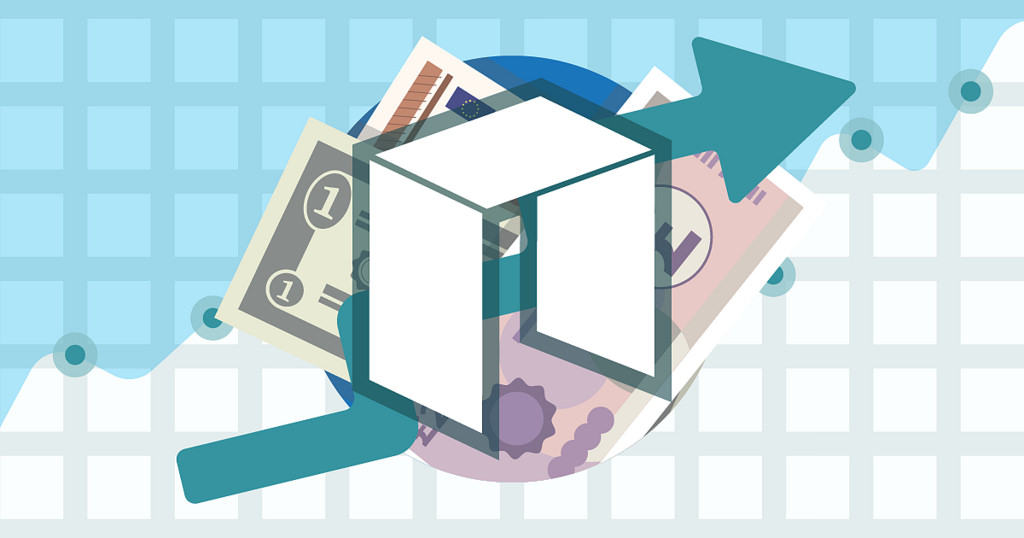 By adding 20 percent early this week, NEO has the attention of traders. This addition is surely a ray of hope for holders who saw NEO prices drop 95 percent from 2017 peaks.

Read: Russia to Buy Billions of Dollars Worth in BTC Next Month, Russian Economist Says

The ecstasy is waning and with speculators clamoring for the exits at the face of extreme, market churning market conditions, NEO’s vision remain the same: powering a smart economy vision where digital assets are properly managed via smart contracts.

Perhaps it’s because of this grand vision that the space is raving with commentators speculating that the resurgence of NEO prices is because of letter NEO developers at the NEO Competence Centre (NSPCC) in Saint Petersburg received with requests from reportedly from Vladimir himself for a formal collaboration.

As reported by Ethereum World News, the letter from Russian Association of Cryptocurrency and Blockchain (RACIB) back in November recognizes the research efforts of NSPCC. The research entity is driving adoption of NEO technologies in Russia and aside from developing a distributed storage system; NSPCC shall incubate Russian blockchain projects. According to NeoNews, NSPCC special bond with RACIB is as follows:

“RACIB was formed to help establish the integration of blockchain into the Russian economy by assisting with the creation of legal frameworks, development and implementation. It also represents the interest of market participants. These goals aligned well with the initiatives of the NSPCC, which along with NEO’s emphasis on compliance made the two organizations a good fit.” 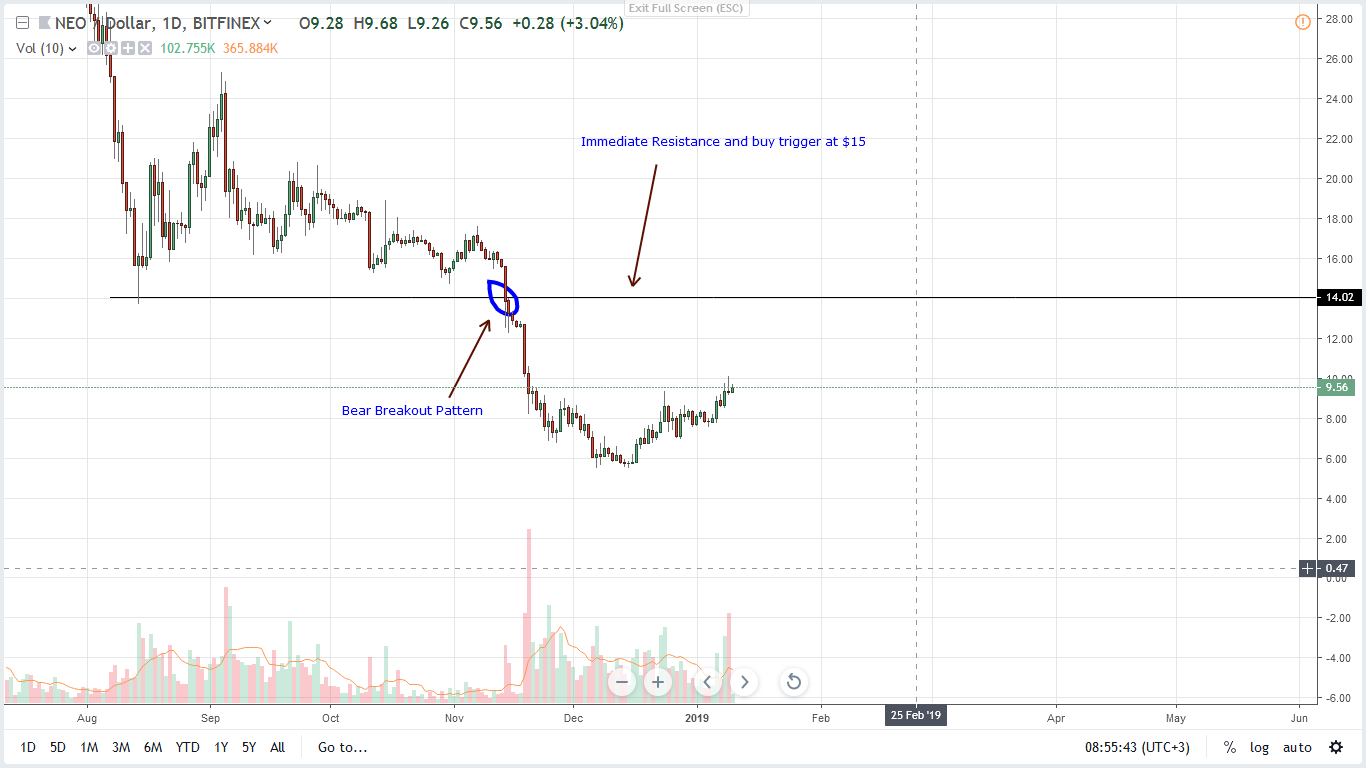 After sliding 95 percent to $5.46 by mid Dec 2018, it was only natural for NEO prices to bounce off from bear pits. They are in the progress and from a top down approach, especially in the weekly chart, there are some impressive candlestick arrangement pointing to bulls.

NEO may receive a boost from fundamentals but from a technical perspective, aggressive traders can buy at spot prices as they tap the shifting, bullish sentiments. In that case, basis for higher highs are solidly from the double bar bull reversal pattern in the weekly chart. Safe stops would be at Dec 28 lows of $6.9.

However, on a more conservative approach, traders should wait for a retest and break above $15. Since prices are slowing down, any close above $10 could buoy bulls and aggressive traders ramping up with targets at $15 pumping prices. Already transaction volumes are picking up hinting at underlying demand and potential uptrend towards $15 favoring short term bulls.

Our short-term NEO/USD trade plan will be as follows: 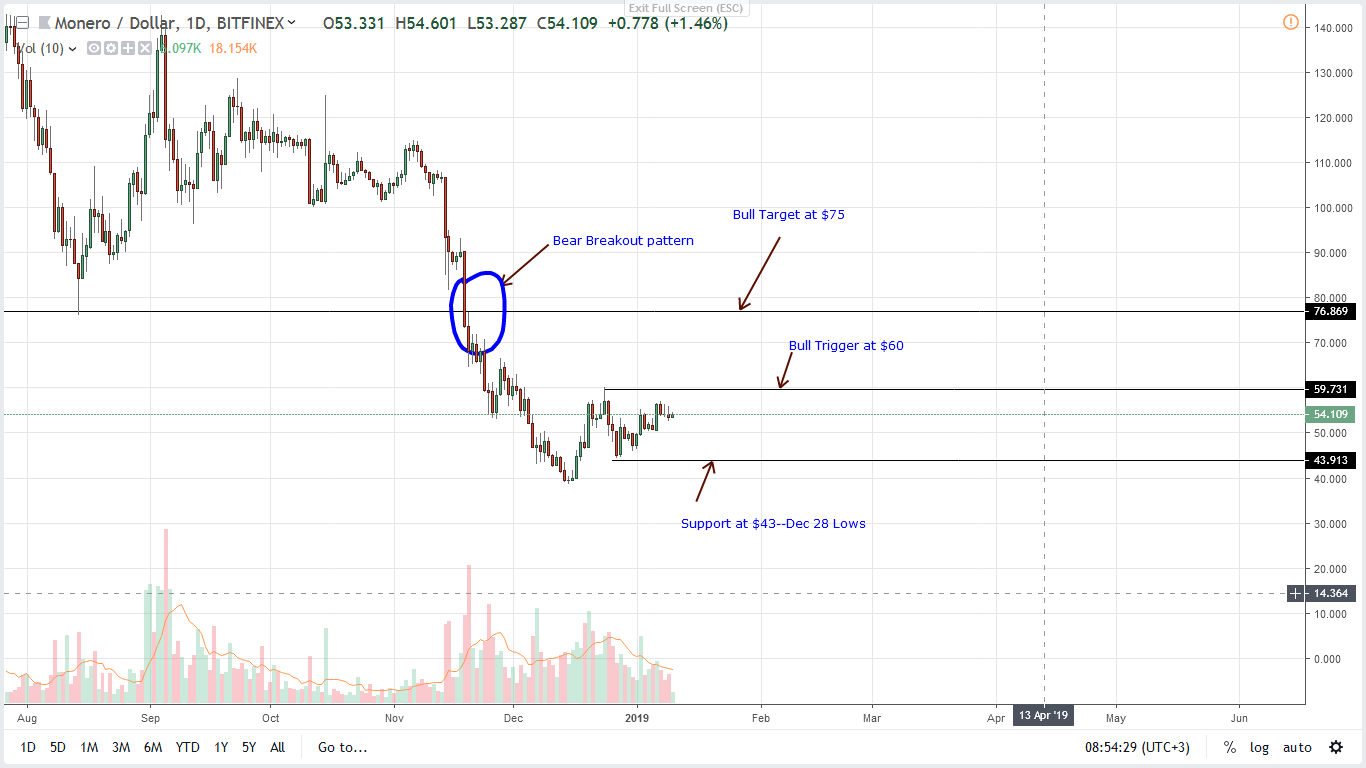 Unlike NEO, Monero price action is dull and consolidation inside a bull flag. Other than that XMR is bullish and for trend continuation, our trade conditions must be met. From previous XMR/USD trade plans, we said that the race to $75 is dependent on the volumes behind the rally above $60.

So far, bears are yet to reverse Jan 6 gains. As we can see momentum has been made worse by drying volumes and should this slide persist and XMR drop below $50 and later $45, asset prices could retest Dec 2018 lows in a flash.

Our Monero trade plan will be as follows:

All charts courtesy of Trading View—Data streams from BitFinex