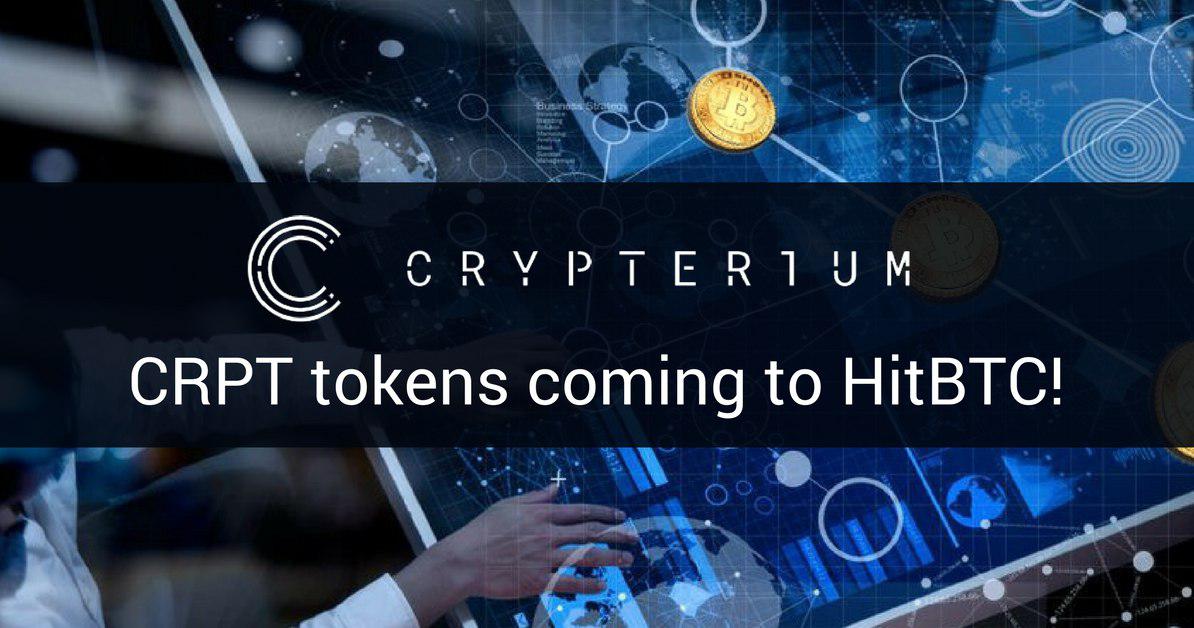 Amazing Crypterium (CRPT) To Be Listed On HitBTC

Their roadmap had promised that there will be a listing of the tokens on a prominent exchange by the end of Q1 and true to this, the team has fulfilled this. The Crypterium tokens will be listed on HitBTC on March 26th, less that 3 days away. HitBTC is ranked 13th on coinmarketcap.com with respect to daily trading volume. The exchange is currently handling $164.82 Million in cryptocurrency trade volume at the moment of writing this.

The listing of CRPT on HitBTC is good news for the ICO participants who have been patiently waiting for this news for close to 2 months now since the end of the crowdfunding. Like every ICO project, the participants are always anxious as to when their tokens will be listed so as to either sell their tokens at a profit or even have a chance at buying more and HODLing. In the case of Crypterium (CRPT) the best option in my opinion, is to stock up on the tokens as I shall briefly explain.

The Crypterium project plans to bridge the gap between cryptocurrencies and their use in a regular fiat economy to buy goods and services. This is more or less what Litepay was attempting to achieve but ran into hurdles of finding a card payment service provider that would back its idea. Crypterium on the other hand will offer a convenient app for payments, downloadable via the available app stores. The android version is live and running with the apple version in the process of being released. This means there will be no need for physical cards as is the case in Litepay.

The app will provide the users with virtual cards and there will be no limits on transaction volume. Also to add is that there will be no need of cryptocurrency exchanges for the app will do all the complex conversions of regular coins and tokens held on the app, to facilitate the transactions at any POS (Point Of Sale) terminals. The conversions will be done to the regular fiat currency at the POS terminal. The Crypterium tokens will be the ‘gas’ for these transactions meaning that the users of the app will need to get some CRPT.

It is with such a transition model with the use of CRPT tokens to ‘fuel’ the said transactions, that the demand of the token will surely go up once the app is up and running at full speed. This means that anyone with a keen eye for technology, will set a calendar reminder for the 26th and get some CRPT tokens before they start gaining value and momentum in the crypto markets.