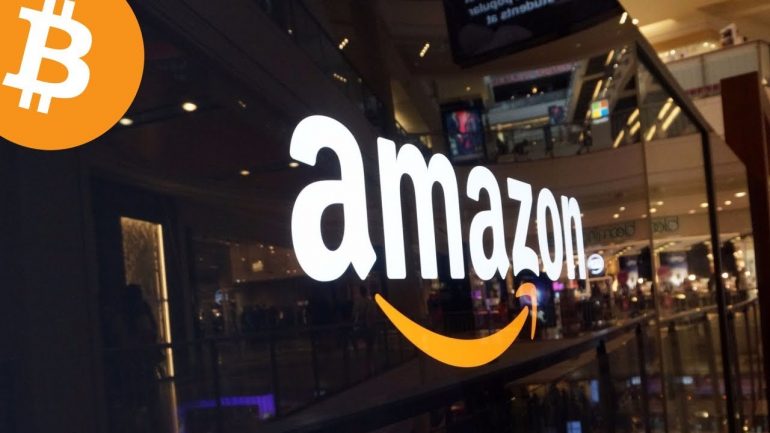 The most aggressive of expectations is that Amazon is on the brink of buying into the rapidly developing digital currency. More and more companies, across a range of industries, are showing faith in the emerging market. However, no one of Amazon’s stature has really found their way into the conversation.

A more realistic outcome is that the company is simply looking to protect its valued name. Brand protection is hardly a new mindset, especially for a company that has worked so diligently to create a positive public image. Amazon’s cyclical process of heavily investing before tapering off means the wave of purchases is nothing out of the ordinary. While the action may initially be a preventive measure for now, it may be a favorable positioning strategy as well.

Shareholders of both Amazon and Bitcoin, Ethereum, Litecoin, etc. have little reason to be too excited about the move in the short-term. Bitcoin’s recent growth has still been met with critics about the practical utility of the majority token. Despite carrying a majority of the crypto-market cap, Bitcoin holds little use in daily application. Few online businesses accept the token as a method of payment. Even fewer brick-and-mortar locations accept.

The limbo-stature of cryptocurrency places the market it in a strange position. It does not appear that any of the major financial players will invest in the technology any time soon. Recent investments of smaller firms suggest the financial market may see more of an influx of crypto-influence, though there is nothing concrete to these feelings. Major institutions holding outside of cryptocurrency opens a window for companies like Amazon. The online retailer does not have the present standing to develop the technology, but acceptance of the digital currency for a company that did over $136 billion in revenues in 2016 would revolutionize online shopping.

Amazon continues to see a rise in stock value in the midst of aggressive diversification this year. Closing 2016 at $749.87, over 225% growth to date has the future looking bright. The versatile approach to expansion though leads to regular peaks and valleys during the year. Shareholders can be comforted by the recent domain purchases regardless of intended use. If brand protection, the Amazon name remains valuable in the mystique it has created. If preparative movement for investment into cryptocurrency, the company could be in a position for extreme profits with the continued growth of digital tokens.

Ethereum owners should not expect to see much short-term gain from the move. When Amazon purchased the bitcoin-related URL previously, little impact was made. It will be something to watch, though, as online acceptance from a company this size would drastically change the perception of cryptocurrencies.