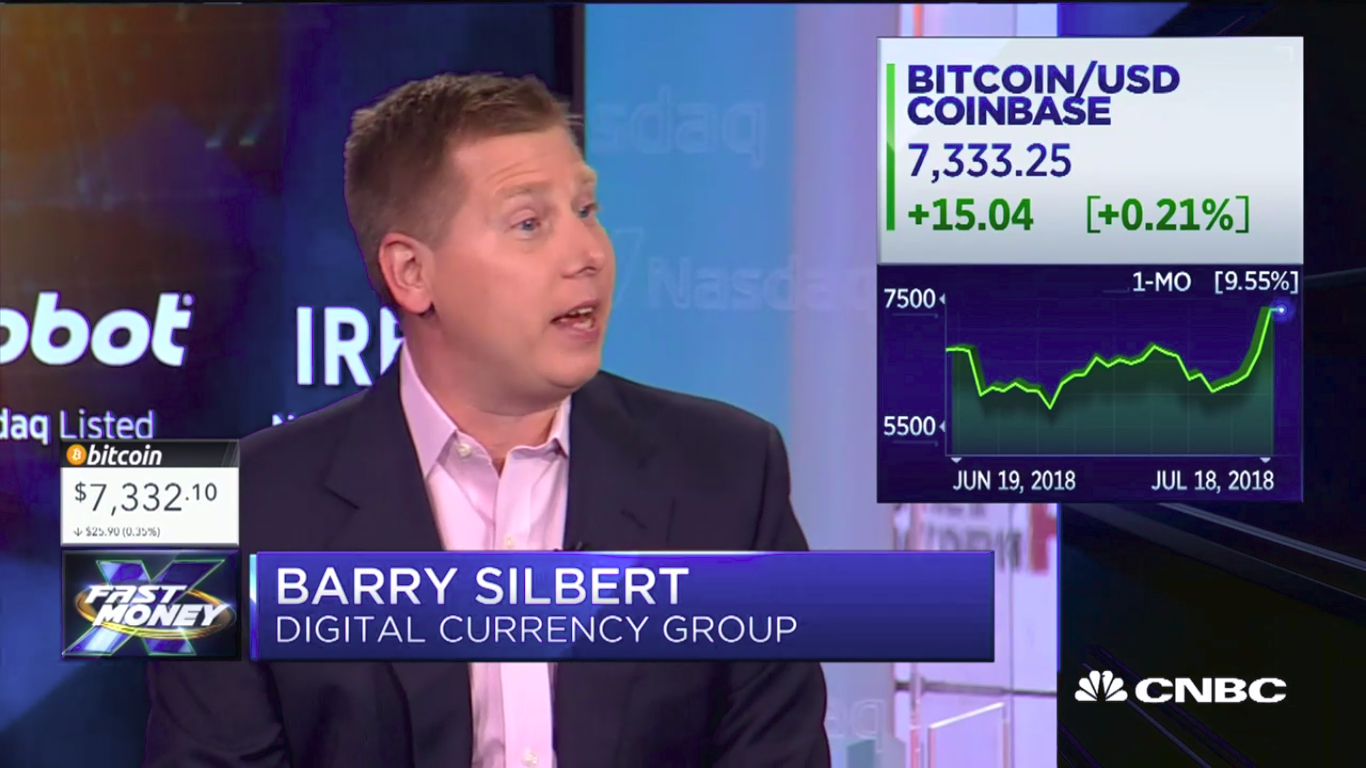 Digital Currency Group CEO: Bitcoin Has “Hit The Bottom for The Year”

Bitcoin’s recent bullish run seems to have triggered a wave of optimistic analysis from several leading investors. One of them is Barry Silbert, founder, and CEO of Digital Currency Group, a venture capital firm dedicated to crypto trading.

According to the successful investor, Bitcoin’s bearish streak may have come to an end. Mr. Silbert was particularly optimistic about Bitcoin (BTC) in a recent interview for CNBC:

“I think we’ve probably hit the bottom for the year. I actually put some money into bitcoin last week.”

Such statements are quite bullish as they state that the historical minimum lows of 2018 have already passed, so from now on – should his comments be accurate – the future of Bitcoin may be one of medium-term gains.

In addition to his optimistic technical analysis, he is also bullish on the fundamentals. In the same interview – which took place at the Delivering Alpha Conference in New York on Wednesday – he expressed his confidence in the prosperous future of Bitcoin (BTC):

At the time of writing, Bitcoin (BTC) is worth just over 7.3K USD. The minimum was less than 6k at the end of last month.

After the strong bearish streak at the beginning of the year, Bitcoin has had a strong fluctuation between bullish and bearish trends. Throughout most of the year, the 7k band was a critical support and played that minimum five times. However, in mid-June, Bitcoin broke that limit, passing to have the most robust support in the 6K band. From that moment on, the 7k went on to become a resistance that could only be overcome a few days ago.

In the short term, (intraday trading or even scalping), bitcoin may reflect behavior that could show signs of growing momentum. The Heikin Ashi charts show that since the last significant price drop, each bullish trend has more strength and duration than the previous one (with only one exception).

Although short-term behaviors are difficult to predict, truth is that Bitcoin had generally bounced back after entering the 6k-7k “red zone”. So Mr. Silbert’s viewpoints are quite refreshing, especially for those who believe in a successful future for Bitcoin in 2018.