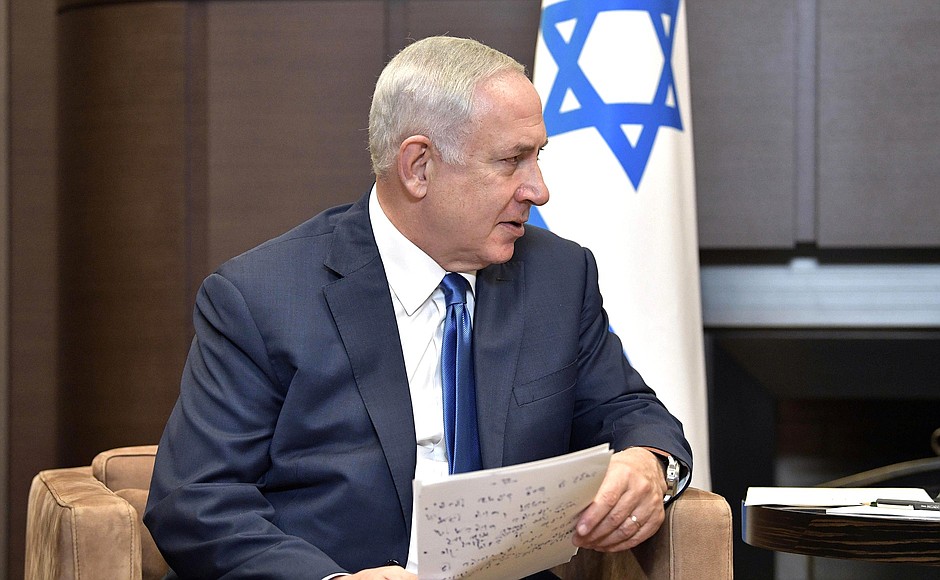 Benjamin Netanyahu Wins Re-election, what it means for Bitcoin and Blockchain

Benjamin Netanyahu has secured a fifth term as the Prime Minister of Israel. The win was solidified by his rival, Benny Gantz, acknowledging defeat.

The Nation Has Decided

While conceding defeat, Benny said Israel is a democratic nation and the election results depict the “decision of the nation.” On the other hand, Netanyahu said that his victory will be reflected across the entire country without drawing lines between non-Jews and Jews because “the people of Israel, are the pillar of support of my life.”

“I started holding talks with the heads of the right-wing parties, our natural partners, tonight. Almost everyone publicly declared that they would recommend me [to President Reuven Rivlin] to form the next government. I intend to finish the task quickly in order to establish a stable national government. This will be a right-wing government, but I intend to be the prime minister of all of Israel’s citizens, right and left, Jews and non-Jews alike.”

The Prime Minister has been among the few world leaders who have seen the revolutionary power of blockchain and cryptocurrencies. Netanyahu has reached a point of giving traditional banks in Israel an early notice since they will soon be obsolete.

For example, in December 2017, Netanyahu said that Bitcoin and blockchain will greatly disrupt the banking sector and “the banks will disappear.” While defending his views, the Prime Minister added that the main function of traditional financial institutions is to ensure the validity and security of transactions and transacting parties. Well, all these and more, according to Netanyahu, can be provided using blockchain technology.

His thoughts were backed by notable figures like the CEO of Vanywhere, a P2P platform, Rami Shechter, and the founder of ZEN protocol, Adam Perlow. Shechter and Perlow believe that Bitcoin is more efficient than banks in providing an effective financial system

The Former Prime Minister is Not a Fan

However, Ehud Barak, the former Israeli Prime Minister, although he agrees with Netanyahu on blockchain technology, has a different view on Bitcoin. Barak noted that Bitcoin is a Ponzi scheme.

Barack’s views seem to do less, if any, harm to the Israeli Bitcoin and blockchain community. Israel is among the fastest growing country in terms of blockchain, virtual currencies, and other emerging technologies.

According to Sirin Labs’ chief marketing officer, Nimrod May, Israeli has upgraded from just being a start-up nation to being a crypto-nation adding that “this process, I believe, is what’s known in evolution as ‘natural selection.” According to May,

“Blockchain technologies and the promise behind decentralized services is a profound and game-changing technology. It represents the combination of deep thinking, value creating and ‘seeing the light’ regarding the future direction of technology.”

“These are all central to the Israeli technology ecosystem, which is why we are only at the beginning of the tidal rise of companies in Israel which are harnessing the potential of the blockchain.”

And, with the re-election of Benjamin Netanyahu, the “natural selection” will continue growing stronger. Reason? The Prime Minister’s party, Likud, will be entitled to 65 seats out of the 120 seats available in the legislative arm of the Israeli government, Knesset.  Knesset is tasked with passing laws among other government-related activities.

With more than half of the seats in the Knesset, Netanyahu will have a relatively easy time formulating laws geared towards the growth of Bitcoin and blockchain.

While these laws will focus on the Israeli Bitcoin and blockchain industry, they can help create a cloud of possibility for countries that have doubts on whether to legalize Bitcoin.

It’s Time to Join in the Celebrations

For Netanyahu, when Bitcoin and blockchain will replace traditional banking institutions is a matter of time. Although the Prime minister is certain that cryptocurrencies will render banks obsolete, he is not sure if the coup will be led by Bitcoin or another virtual currency.

As he ascends to power for the fifth time, the blockchain community should also gather to celebrate the win and also to see how best to engage the Prime Minister on matters Bitcoin and blockchain.