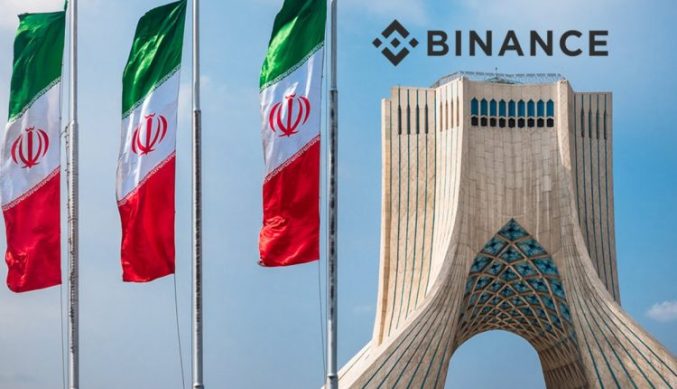 Binance Kicks Iranians Out Of Its Platform, Tells Them To Withdraw Their Cryptos As Soon As Possible

For months now, Iranians have been receiving emails from Binance exchange directing them to withdraw their digital assets and stop using the exchange. Basically, Binance is kicking out its users based in Iran, but it’s not really the company’s own fault. Binance is only doing this in an attempt to comply with the recent sanctions slapped on Iran by the United States.

Binance Is Between A Rock And A Hard Place

According to John Collins, many companies are making huge efforts to maintain their status in the US market, and that means going by the rules put in place by the US government. John Collins is the former head of Policy for Coinbase, and he now works as a partner at FS Vector, a Washington-based consulting firm. With the US reviving its sanctions on Iran, Binance finds itself in a corner because it can no longer serve Iranians and US citizens at the same time – especially now that about 13% of its total user traffic originates from the United States.

Since the sanctions came into force on November 5th, Binance has been shutting down crypto accounts owned by people who provide Iranian passports during the KYC (Know-Your-Customer) process on the exchange. Later in the week, the company started warning traders whose IP addresses were traced to the Iranian locality. They were warned to withdraw their funds from the exchange.

Other Exchanges Haven’t Been So Nice

According to Nima Dehqan, Iranian crypto traders are now finding it hard to trust exchanges with their funds. That’s mainly because some of the exchanges have resorted to banning Iranian accounts and even withholding their crypto assets. Besides Binance, Bittrex and BitMex are also among the many exchanges that have banned Iranian accounts.

In Nima’s view, this situation has led Iranian traders to create closely-knit local crypto trading networks of their own. They have now turned to using WhatsApp and Telegram groups as trading platforms. Besides the online groups, some local traders have also set up physical shops to facilitate crypto trades.

The move by Binance comes as the Iranian government plans to launch its own national cryptocurrency. However, some local crypto players aren’t happy about the government’s plan, calling it an attempt by a centralized authority to put a grip on and control the crypto and blockchain industry in the country.