Binance, the most important Exchange in the world according to trading volume, would be close to offering its users the possibility to trade cryptos with a Euro pair 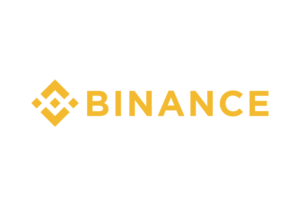 The use of crypto-fiat trading pairs is something that many exchanges try to avoid due to fear of regulations; however, many users repeatedly requested this option to freeze their funds or carry out other financial strategies.

It should be noted that Binance recently announced that it would move its headquarters to Malta, a country with a crypto-friendly policy, making easier the legal use and adoption of Euros for crypto-fiat trading.

It is also important to note that the Binance team has posted some recruiting advertisements on Twitter to open offices around the world. Another reason for the Binance move was the harsh Asian regulations, especially in Japan, a country with which it had several strategic talks that proved unsuccessful.

In telephone conversations with Bloomberg, Zhao Changpeng or “CZ,” CEO of Binance, announced that they are making all the necessary arrangements to enable ASAP the first crypto-fiat pair of the famous Exchange.

Until now, the closest thing to this type of operation was the “freezing” of cryptos using the USDT pair, a stable coin that has recently been the subject of controversy due to its alleged lack of FIAT support.

“Founded in July, Binance made at $150 million profit in the first quarter, with daily trading averaging between $1.4 billion and $1.5 billion, Zhao said. The company has 9 million users, he said, compared with more than 2 million at the start of the year.”

This data is in sharp contrast to the behavior of the cryptocurrency market, which has been declining, especially during 2018, with a significant fall in the general market cap. Bitcoin alone has lost more than half its value.

However, despite the problems, Binance seems to have hit the nail on the head with a series of policies and strategies that have made it extremely popular with enthusiasts and prestigious traders.

Binance plans to open offices in other parts of the world, focusing mainly on the European and Asian markets, according to statements by its CEO:

“Zhao said that Binance will soon receive an exchange license from Jersey in the Channel Islands, and plans to open an office there with as many as 100 staff. The company is also in talks with authorities and banks in Taiwan, he said.”

So far there is no definite date; however, it is expected that the pair will be enabled soon since once all legal requirements are met, the technical aspect is easier and less bureaucratic to work on.