It seems that the prediction season has begun, with bullish and bearish opinions much more conservative than the ones from the last year. While it is difficult to provide a certain level of strength in the predictions of a market as volatile and young as the cryptomarket, this does not seem to stop analysts and fans from exposing their views to the world.

Over the last few days, Bitcoin has had relatively stable behavior, fluctuating in the 3600 and 3750 range. This price range has been sustained after a large bearish candle that culminated in a three-day declining behavior that led Bitcoin from costing around 4200 USD to touch a minimum of 3700 USD before the “stability” period. This large bearish candle is, in turn, a correction of a bullish candle of similar proportions dated December 28, 2018.

Luke Martin, a trader and analyst for Crypto Sync, shared with his Twitter followers his views on the current performance of the cryptomarket. For the expert investor, Bitcoin could be close to a bullish streak.

However, Mr. Martin took his comments beyond what is a typical BTC prediction, noting that in case of breaking the resistance of the 3700 USD, the behavior of markets, in general, could turn bullish in the short term. The theory that altcoins tend to follow Bitcoin’s performance gains followers every day

$BTC battling to reclaim the range all week. If price can get back above 3700 I'm more excited about alt positive momentum continuing. pic.twitter.com/9mMLapmz0k

Mt. Martin’s opinion is consistent with a short-term analysis, using Fibonacci’s retracements as a reference. The 3700 USD zone represents an important resistance to determine BTC price behavior. In case of breaking up, the next area to be tested is above 3820 USD in the short term. 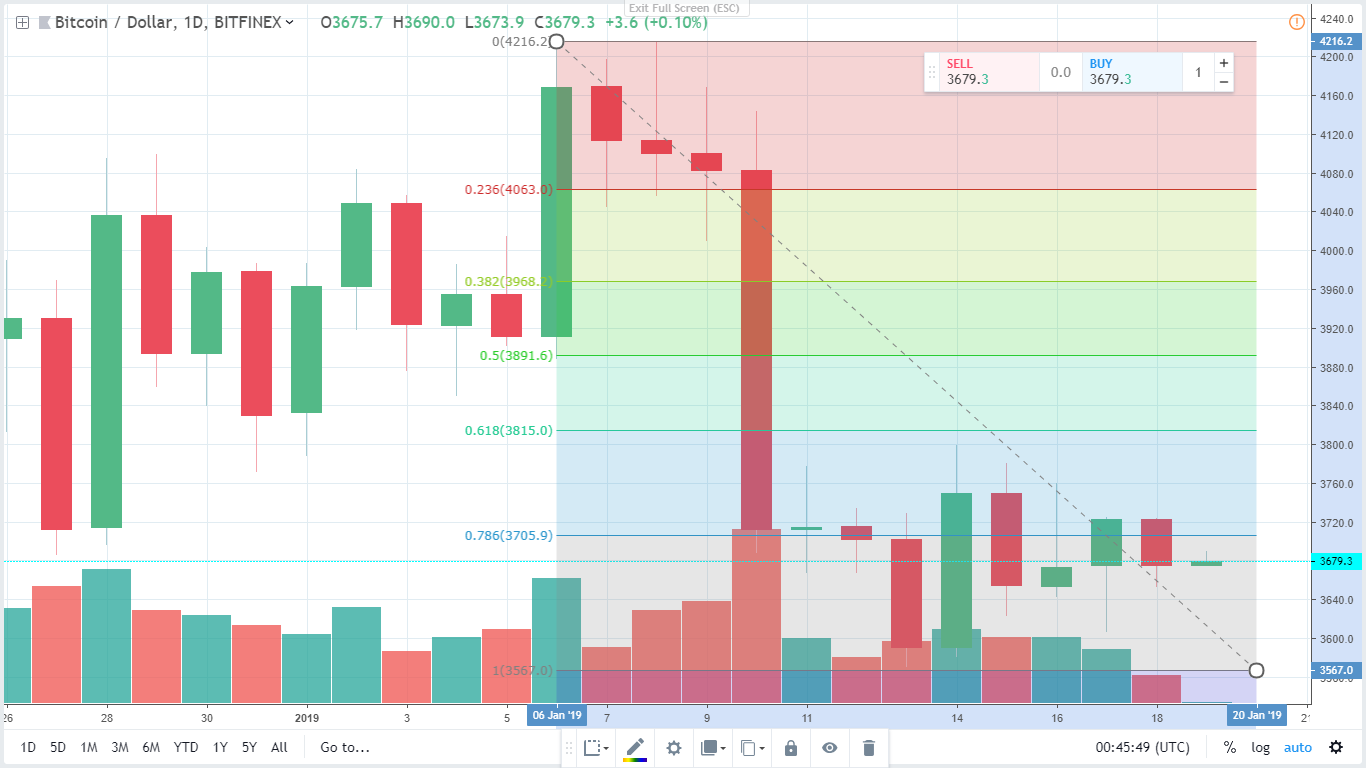 Martin’s insights are shared by several traders, especially those who rely on technical analysis. On January 17, Tradingview user goldbug1 told his followers that the Bitcoin could have bottomed out and the 4500 range will allow traders to confirm a bullish streak in the long run:

“Bitcoin’ is showing the structure of entering another range bound market. The lower 3k’s to the lower 4’s is the current range. Until we break through 4500, we will assume it is range bound and position accordingly. How do I know this? I don’t, it is just experienced in seeing how markets bottom over time. This is a typical bottoming structure that begins with a range bound market, moves up forms a higher range bound market and then starts to run. Often when markets are out of favor large players raid a market and push it lower in order to accumulate at better prices.” 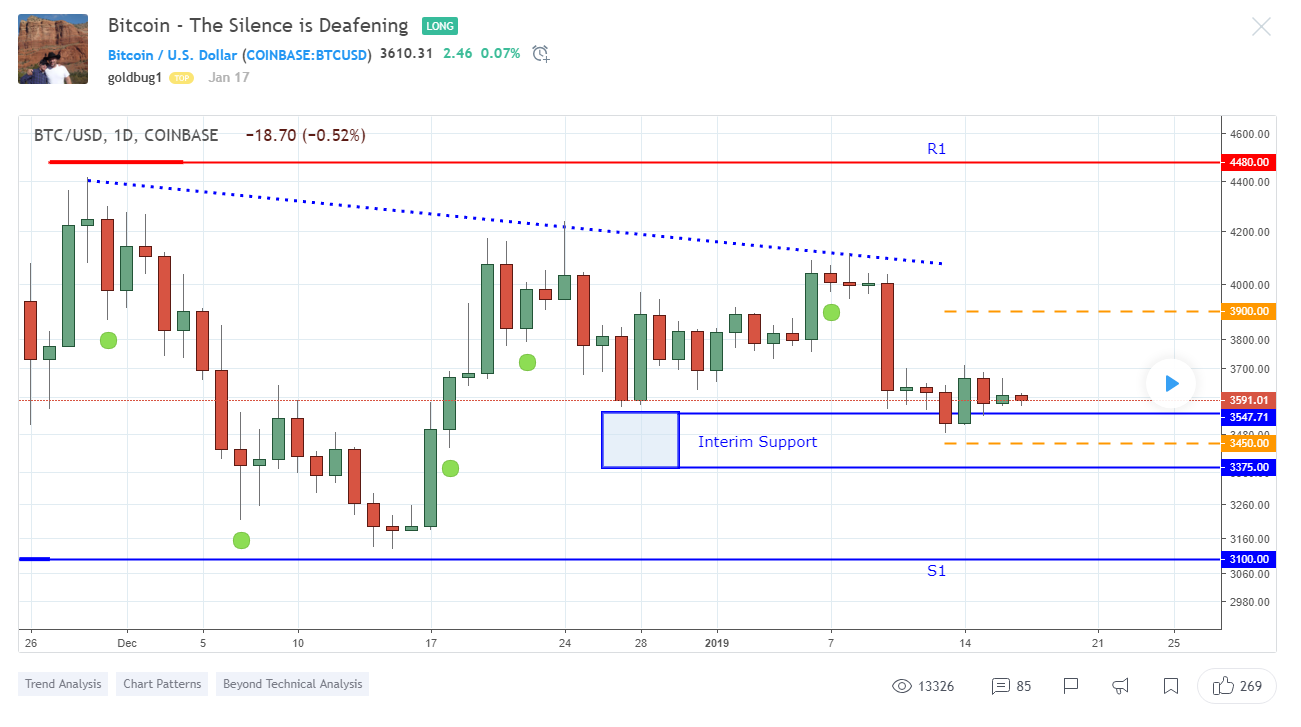